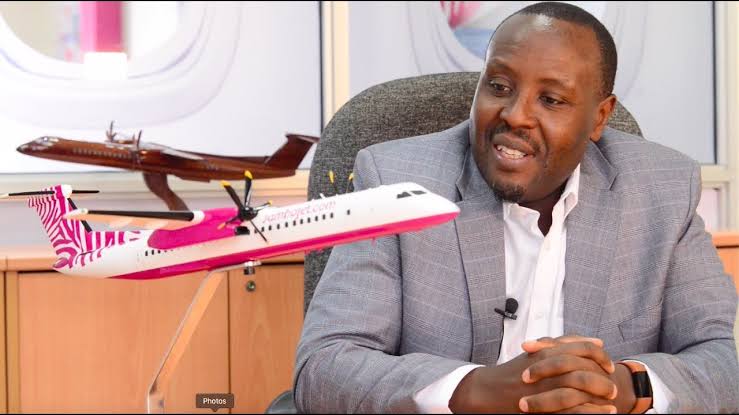 Jambojet, a brand of Kenya Airways (KQ), is one of the local low-cost airline.

Since inception there have been cases of delays on it routes, but the events of today at Jomo Kenyatta International Airport (JKIA) are something to be very sad about.

The airline discriminated against Kenyans and other black people.

In a classic case of a country which usually treats its natives as statistics selling everything to outsiders as if Kenyans don’t exist had today been represented well by Jambojet.

It is reported that the airline’s flight number 8604 to Mombasa stuck at JKIA since 10am as of 5 p.m this evening.
Black Africans were separated from whites who are boarded onto other flights while they are told to wait.

Jambojet will continue to fly as usual, while wasting Kenyans times and abusing them at it.

It is not the first time that Jambo Jet is doing this.

In 2016, flight delays and cancellation were a norm with the airline.

The Kenya Coast Tourism Association (KCTA) chairman Mohammed Hersi observed then that the delays and cancellation of flights ‘is totally unacceptable’ and that it has ‘become more of the rule than an exception’.

On the TripAdvisor, the world’s travel and restaurant review website, one title screams of Jambojet “unnanounced flight delay of 1 hour”.

Passengers shared their bad experiences with Jambojet, which are many. But one Manish1967 who has a ranking of Very Good’ on the website wrote the following about Jambojet

The airline had a flight delay of 1 hour, which was only communicated to us after we arrived at the airport well in time for our earlier flight. Thus we had to spend an extra hour waiting, getting less of our holiday than expected.

In this article:Jambojet, Kenya airways