President Uhuru who was addressing a roadside rally was met by shouts of Sonko as he denied snatching Sonko functions under the Deed of transfer deal.

“We have not taken away anyone’s work. We just want you to support General (Badi) to work,” Uhuru spoke amid shouts of Sonko Sonko.

The President had early addressed Bodaboda operators at Pumwani Social Hall where he asked them to reject politicians who are bribing them with handouts for selfish gains.

The incident comes even as Sonko and Badi’s rivalry escalates on the performance of functions and allocation of funds.

Last week, Sonko appeared to be winning in the war after Treasury declined to disperse monies to the NMS to pay salaries for seconded staff saying the law only recognises an account held by Nairobi City County government and not NCC.

Treasury CS Ukur Yattan in a letter to Major General Badi said that the there is no legal framework or arrangement for dispersing the cash to NMS. 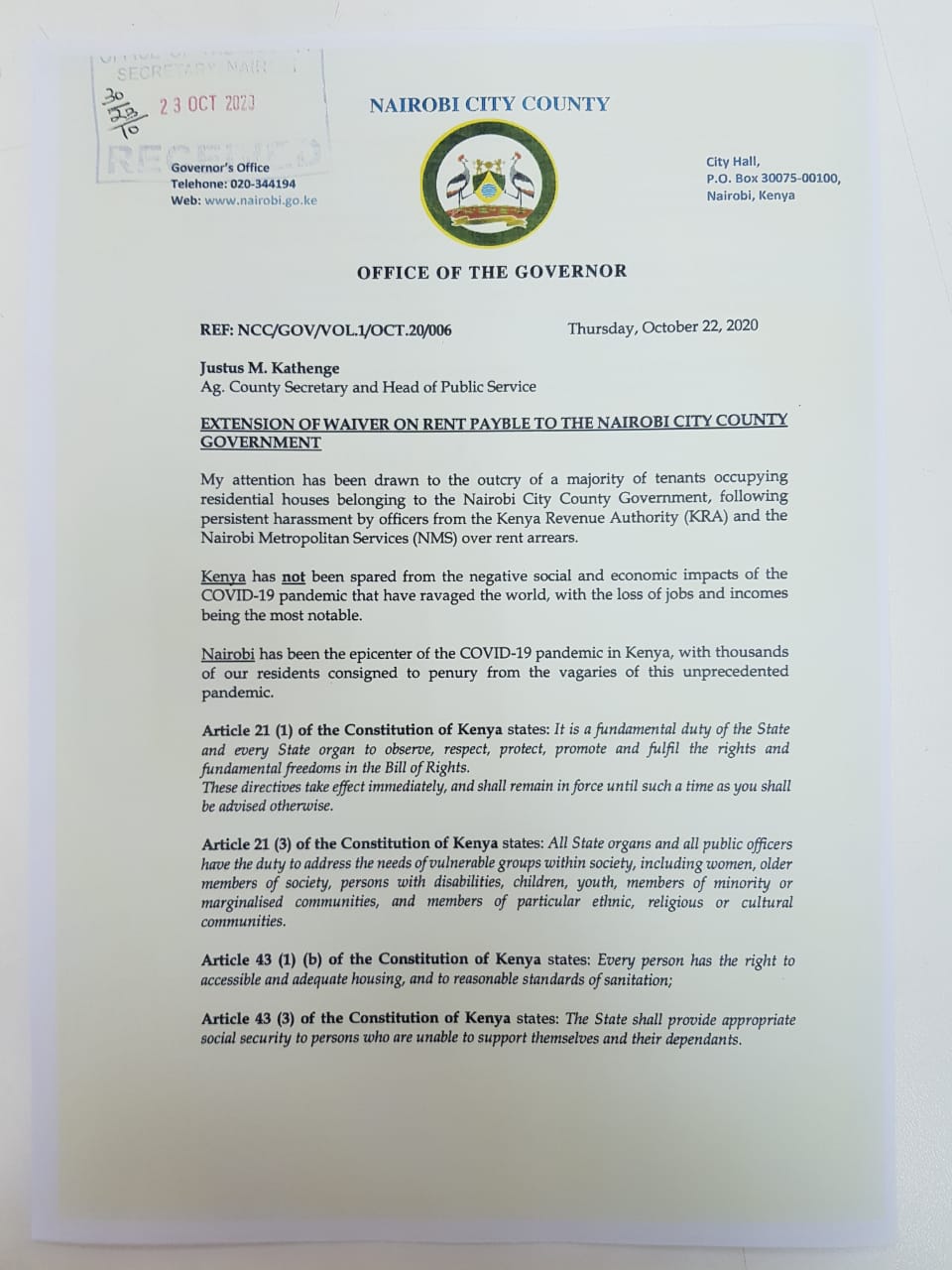 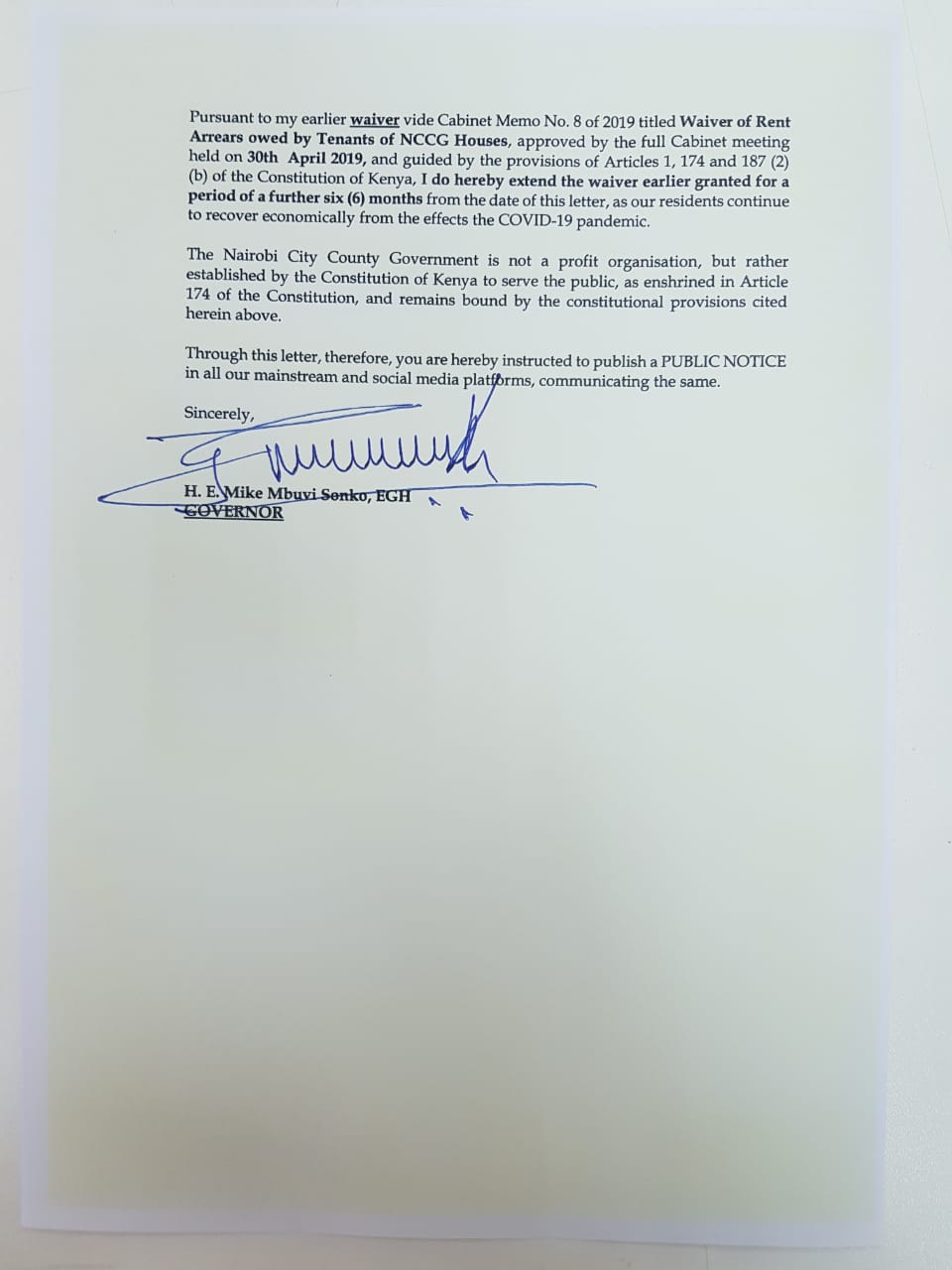 In other news, Sonko extended a waiver to tenants who occupy city county houses for a further six months while working NMS and KRA to stop harassing those who have not paid rent.

Sonko has extended the waiver on rent payable to the Nairobi City County for another six months to cushion the city residents from the negative economic impact.

The city boss on Friday said Kenya has not been spared from the negative social and economic impact of the Covid-19 pandemic and Nairobi has been the epicenter of the disease in the country.

In a letter to the County Secretary and Head County Public Services Justus Kathenge on Friday, the Governor said

His attention has been drawn to the outcry of the majority of the county tenants.

The residents are complaining of persistent harassment by officers from Kenya Revenue Authority and the Nairobi Metropolitan Services (NMS) over arrears.

“Nairobi City County is not a profit-making organization, but rather established by the Constitution of Kenya to serve the public.

“Therefore, I do hereby extend the waiver granted for a period of a further six months as our residents continue to recover economically from the effects of Covid-19 pandemic,” directed Sonko.

John Momanyi, 60, a resident of Jamhuri Estate said they have been harassed for quite some time and Sonko’s intervention came at the right moment.

“We have been having sleepless nights for being harassed by the officials from KRA and NMS. Our calls for help are not being answered and that is why we have asked the governor to step in,” he said.

Mercy Njoki, a grandmother at High Rise Estate said that they would be happy if the governor waived the rent arrears to give them ample time.

“We have been affected so much by this coronavirus and all we need is support from the governor during these hard times,” she said.

Njoki is a businesswoman in the estate.