The USA burst into protests after the killing of George Floyd, an African American man who was in police custody.

Floyd was arrested by an officer who included Derek Chauvin who went on to murder him by stepping on his neck with his knees in the full glare of the cameras 7 days ago. A few days later peaceful protests began in the USA.

The protests have now turned violent, leading to US President Donald Trump christening the protestors thugs.

The US government has more than once considered using the military all over the country.

On Monday, Trump called for the military to be deployed to “dominate” protesters, and demanded states do more to stem “acts of domestic terror.” 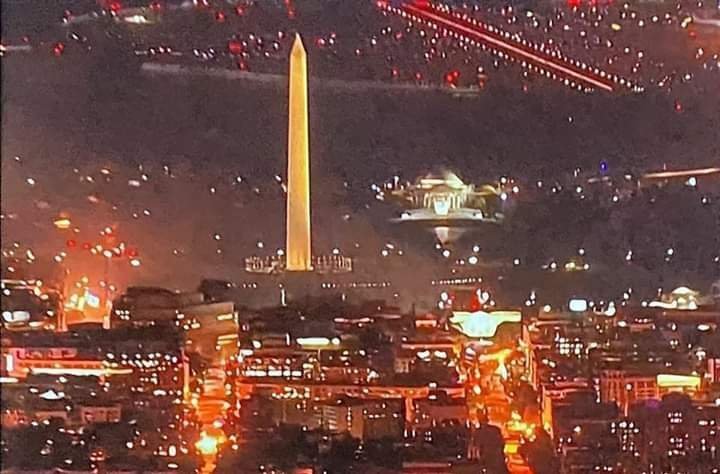 The Capital City of USA under fire a few days ago. 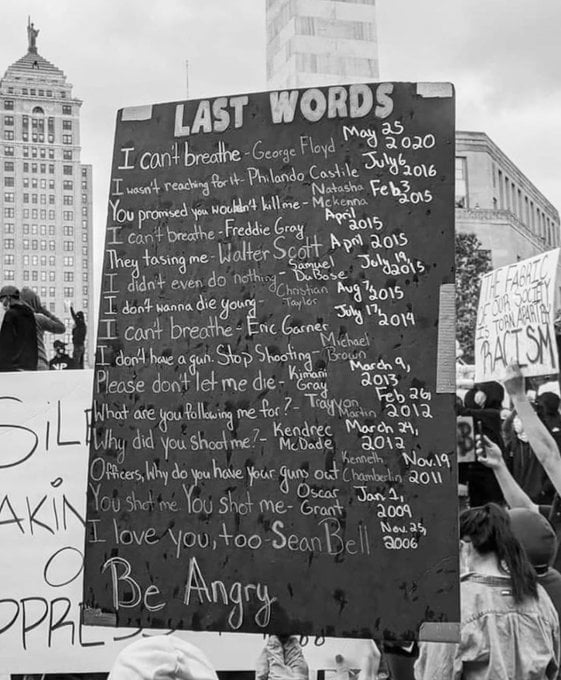 A peaceful protester holds a placard showing the last words of unarmed African Americans who have been killed by police since 2006. 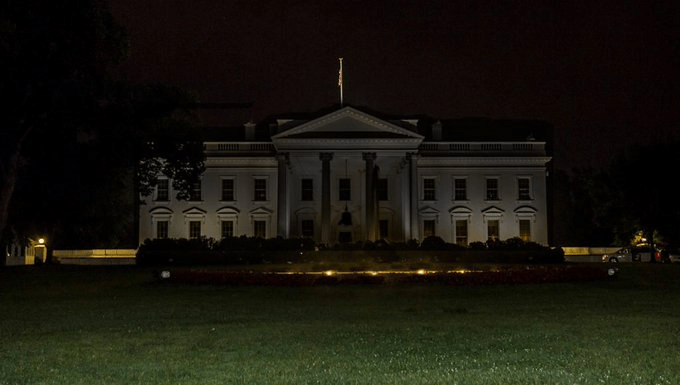 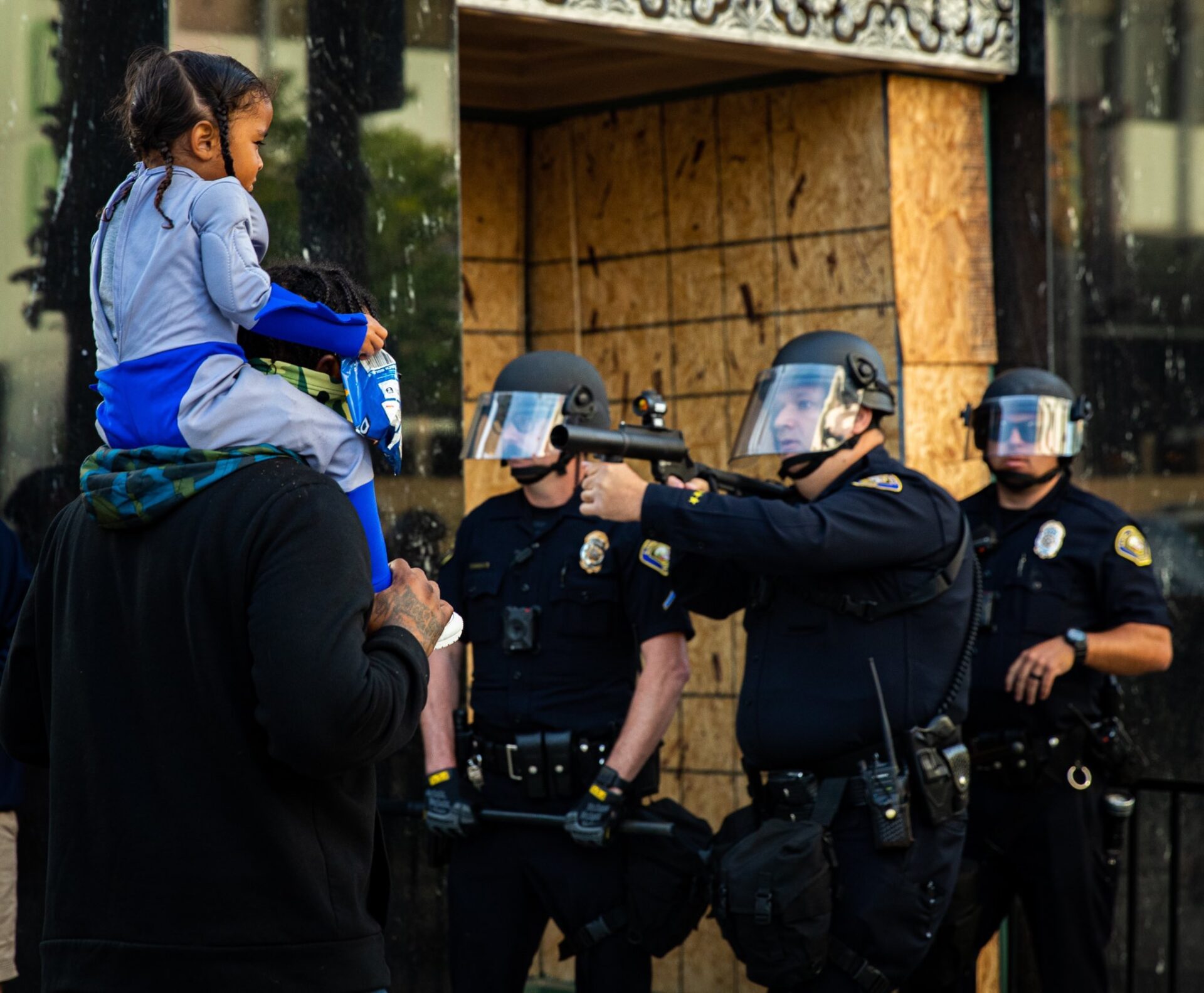 Police Brutality: US police aims to shoot rubber bullet into a man carrying a child. 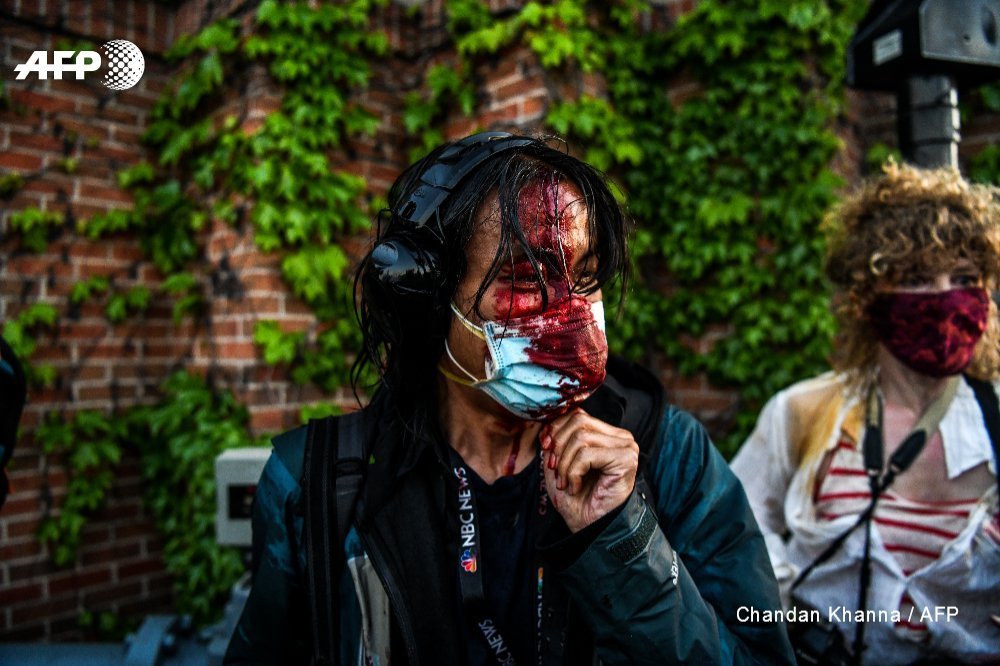 Injured in the scuffle 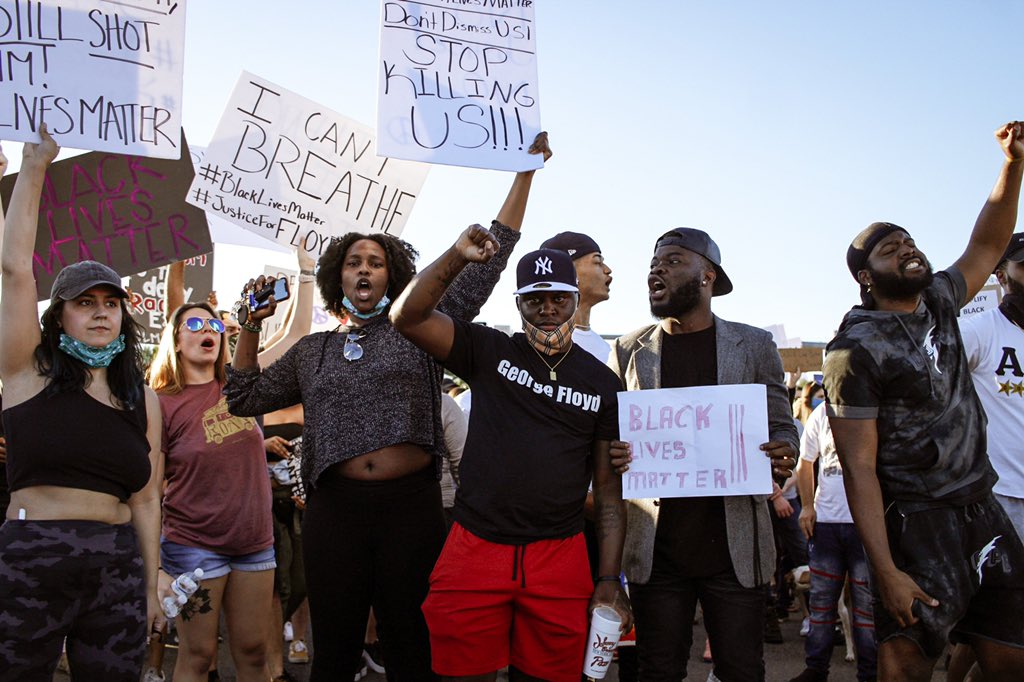 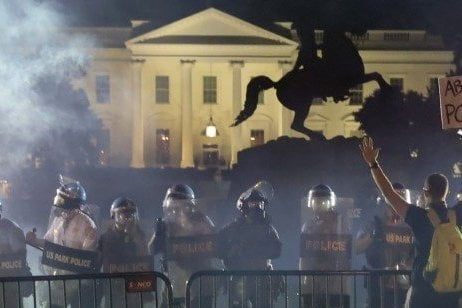 Police hold their ground in front of the White house 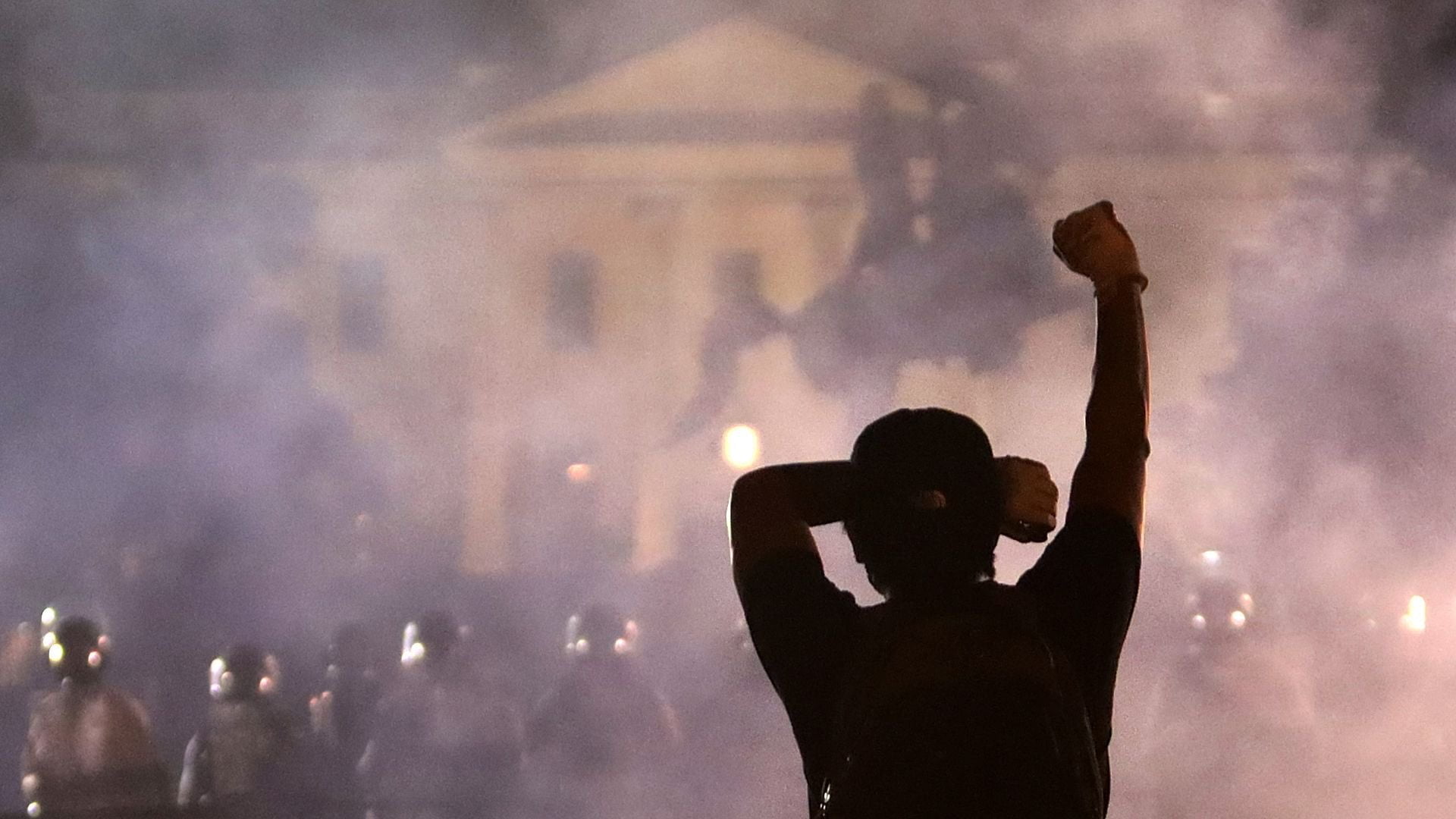 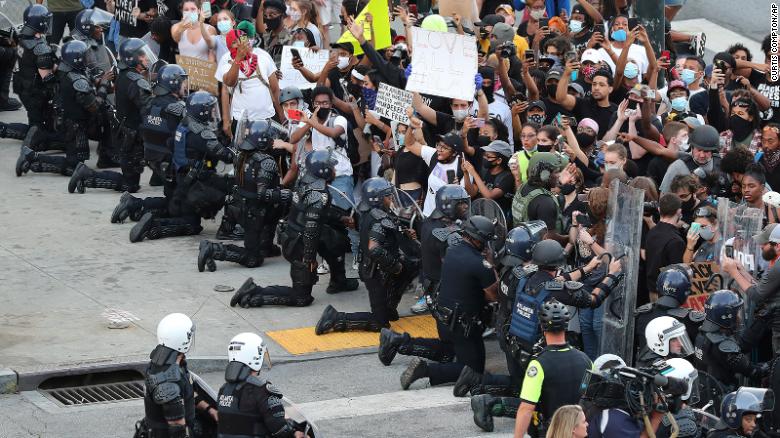 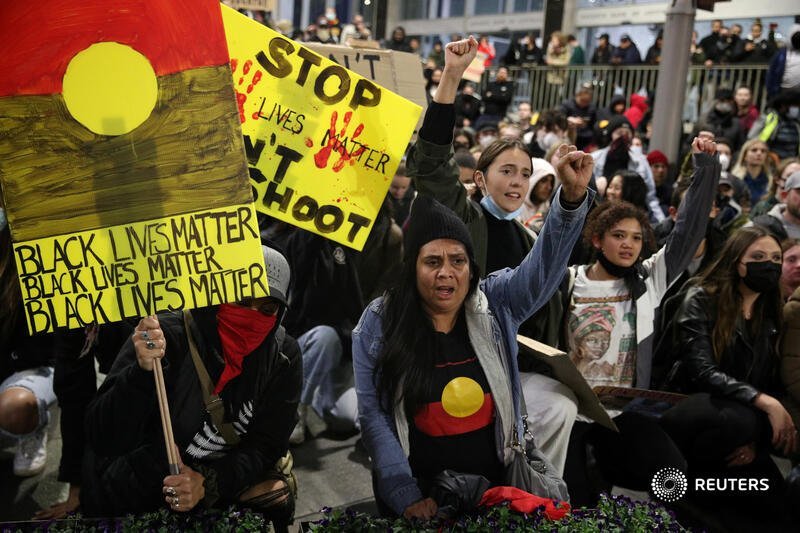 In this article:George Floyd, Protests, USA