It has been revealed that mobile lending application OKash, which has previously been exposed on this site, still calls and sends text messages to numbers on your contacts list if you default your loan despite receiving heavy criticism last year after our exposé.

In the application’s description on the Google Playstore, they indicate that they request for permission to access and use the user’s data to “verify their identity and create a credit score.” 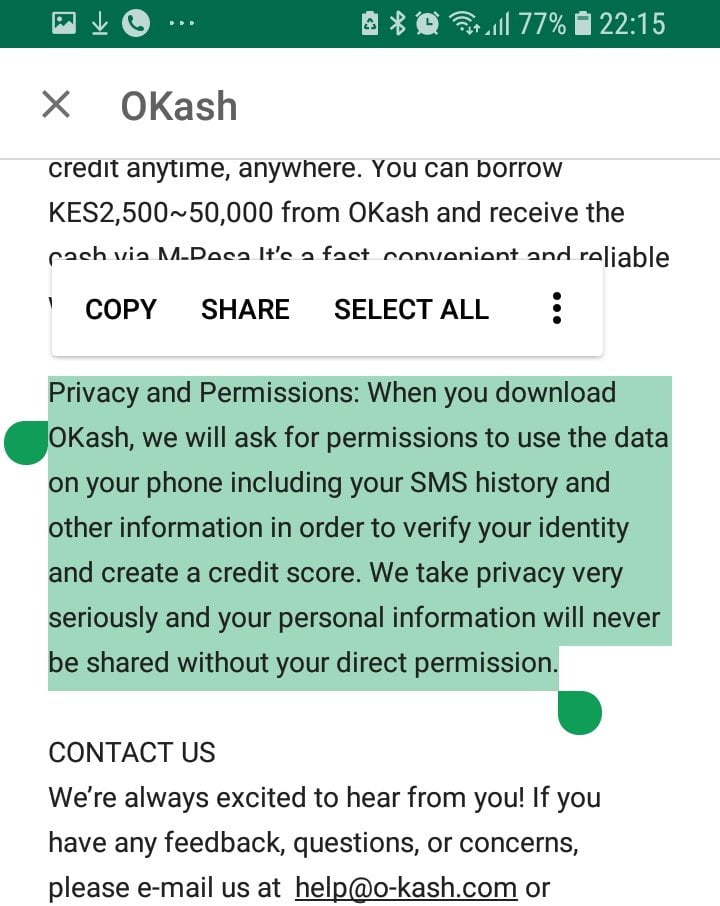 Kenyan blogger Victor Matara through his Facebook page narrated a story of how one of OKash’s users underwent huge embarrassment after complaints from his friends who constantly received text messages from the application’s debt collectors asking them to tell their friend to repay his loan. 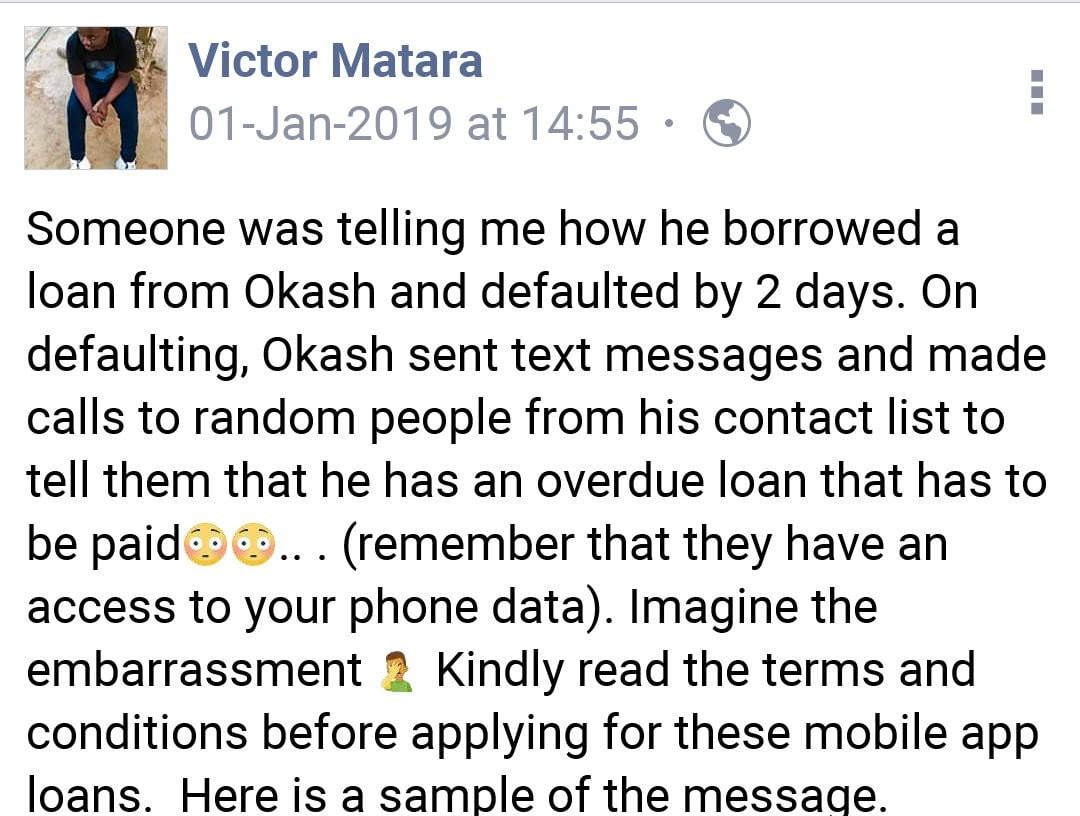 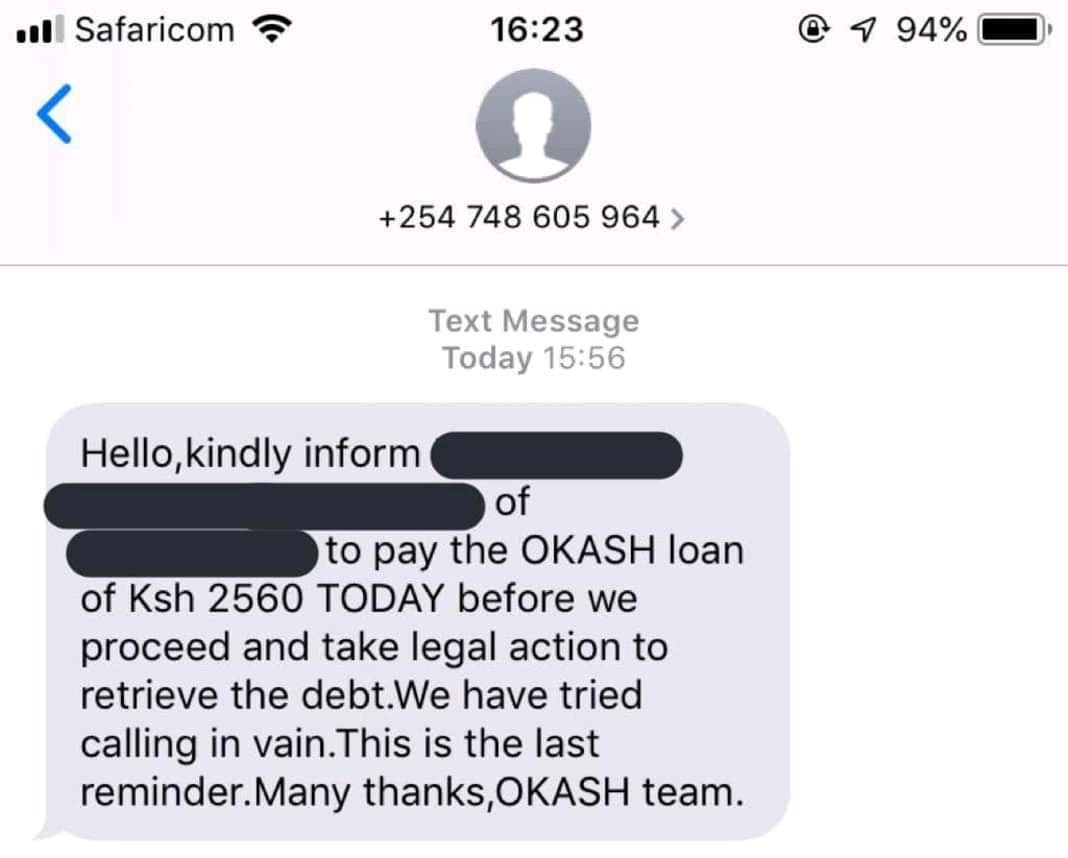 The mobile loans craze in Kenya have been hitting new highs everyday and we now ask them to stay away from the rogue application. We also ask relevant Kenyan authorities to take immediate action on the app and it’s owner Eddie Ndichu for commiting huge privacy breaches.