President  Uhuru Kenyatta and his deputy William Ruto have had their entertainment budget increased by by Sh422 million.

The move that defies the austerity measures comes nine months to March with data from the Controller of Budget showing the Presidency ( office of the president and deputy president) spent Sh1.18 billion on parties and receptions in the period, down from  Sh758.2 million spent at a similar period last year. 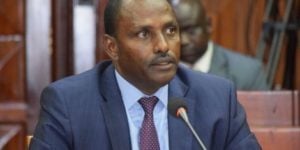 The 55.6 % increase comes amid an austerity push by the National Treasury to cut down on non-essential spending. The move aims to free up cash for development and essential services such as health and education.

Spendings on hospitality for 71 ministries, State departments and agencies (MDAs) went up  to Sh4.5 billion which is an 18% increase compared to the Sh3.8 billion spent last year.

At Sh1.18 billion, the Presidency entertainment budget accounted for a quarter of the Sh4.5 billion spent by other public offices spent on reception and parties.

Other top spenders during the covid-19 crisis include the Interior Ministry at Sh900.2 million, which was a slight drop from last year’s Sh1.08 billion.

Ministry of Foreign Affairs expenditure on entertainment went up by  69 % to Sh604.4 million from the Sh357 million last year.

The increase in entertainment budget is the exact opposite of what the President and the National Treasury is trying to achieve by cutting on non-essential spending.

The new austerity measuresannounced by the treasury last September targeted trips, training and advertisement as the government moved to stem wastage of public funds.

The Treasury also issued a directive that compelled all government agencies to buy only locally manufactured furniture fittings.

The wastage on entertainment comes amid missed tax collection target by the Kenya Revenue Authority (KRA) as the government struggles to contain the rising budget deficit.

Statistics by the exchequer show that KRA posted a flat growth in collections for the first three months of the year. The off the target collection reflected reduced business activities and job cuts that started even before the outbreak of Covid-19 pandemic.