The commander in Chief of the Kenya Armed forces has demoted Hillary Mutyambai led NPS and replaced their respective duties with Kenya Air Force.

Sources privy to the plan detailed that the President is set to hand over a key police duty to the Kenya Air Force.

The President is said to have a visiblly more confidence in the military discipline which handlers say is a key factor to the changes.

If the new EO is signed, the management of all state-owned aircraft will be under Kenya Air Force.

In a nutshell, the military will take over all planes owned by the Kenya Police, Kenya Wildlife Service (KWS), Kenya Forest Service (KFS), KenGen, Kenya Power, Ketraco and other parastatals.

To this effect, Inspector General of Police Hillary Mutyamabai and Kenya Air Force Commander Major General Francis Ogolla have already commenced with the plans. The two held a meeting, on Tuesday, September 22′ at Wilson Airport.

“They are now awaiting an Executive Order to effect these planned changes. The military will take over the planes,” an officer detailed the plan in an interview with the Standard.

Kenya Air Force 1, a plane which is tasked to escort the President and his family was amongst a fleet of 7 most quarded planes that were under the National Police Service.

The fate of 21 State pilots under NPS and situated at the Wilson Airport is yet to be known.

Kenya Defence Forces @kdfinfo have for years earned high trust among Kenyans. KDF is constitutionally established institution with nonpartisan ethic. Military must not become a vehicle for Uhuru Kenyatta. Military needs to resist his efforts to involve it in partisan politics

It has been reported that the first in command will be handing key duties in the Ministry of Lands to the military.

A fortnight ago, Kenya Defence Forces was ordered to take over the management of the Kenya Meat Commission.

Nelson Havi, the president of the Law Society of Kenya moved to court to block the decision to militarize KMC arguing that the move was unconstitutional. 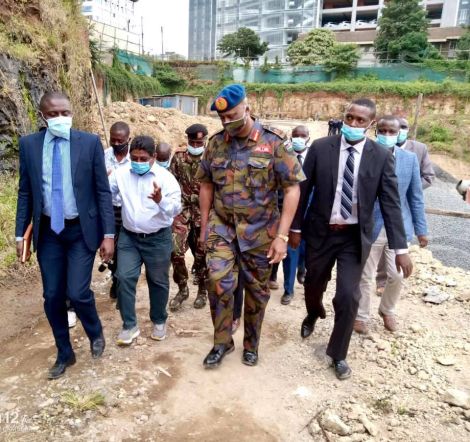 The President has been slowly militarizing his circle after he fell out with number two-who source allege that has infiltrated the NPS.

Remember when Uhuru formed NMS? This was the first backdoor step that the Executive used to take over the administration of Nairobi County.

Nairobi Governor Mike Sonko has taken the Executive and General Badi to the Court of Appeal disputing the formation of NMS.

It didn’t stop there, Rtrd General Badi also signed secrecy oath, which meant that he would be attending Cabinet meetings.

As a retaliation, Kandara MP Alice Wahome, in a move that was perceived as DP DP Ruto’s back up plan, sued the President for allowing General Mohamed Badi of the embattled NMS to attend Cabinet meetings. 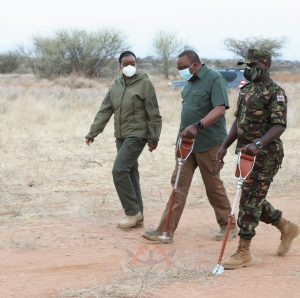 Still on Military,  China has been given a green light to set up their fully equipped and armed military logistics base in Kenya.

And, the United States military have now, also been authorized to conduct Military drone attacks in Kenya to anyone, rather any individuals or groups their Intelligence team mark as a threat.