Kenya’s President Uhuru Kenyatta has this morning deactivated all his official social media accounts just moments after sending a very controversial post regarding the war against graft.

Earlier in the morning, Uhuru Kenyatta had posted that he was not going to spare anyone; even his very own personal friends in the boosted fight against corruption and that he was going to do everything to make sure he leaves behind a united nation once his term comes to an end.

The post shared across all of his social media accounts sparked huge reactions from Kenyans with many suggesting that it was a direct jab at his deputy William Samoei Ruto. 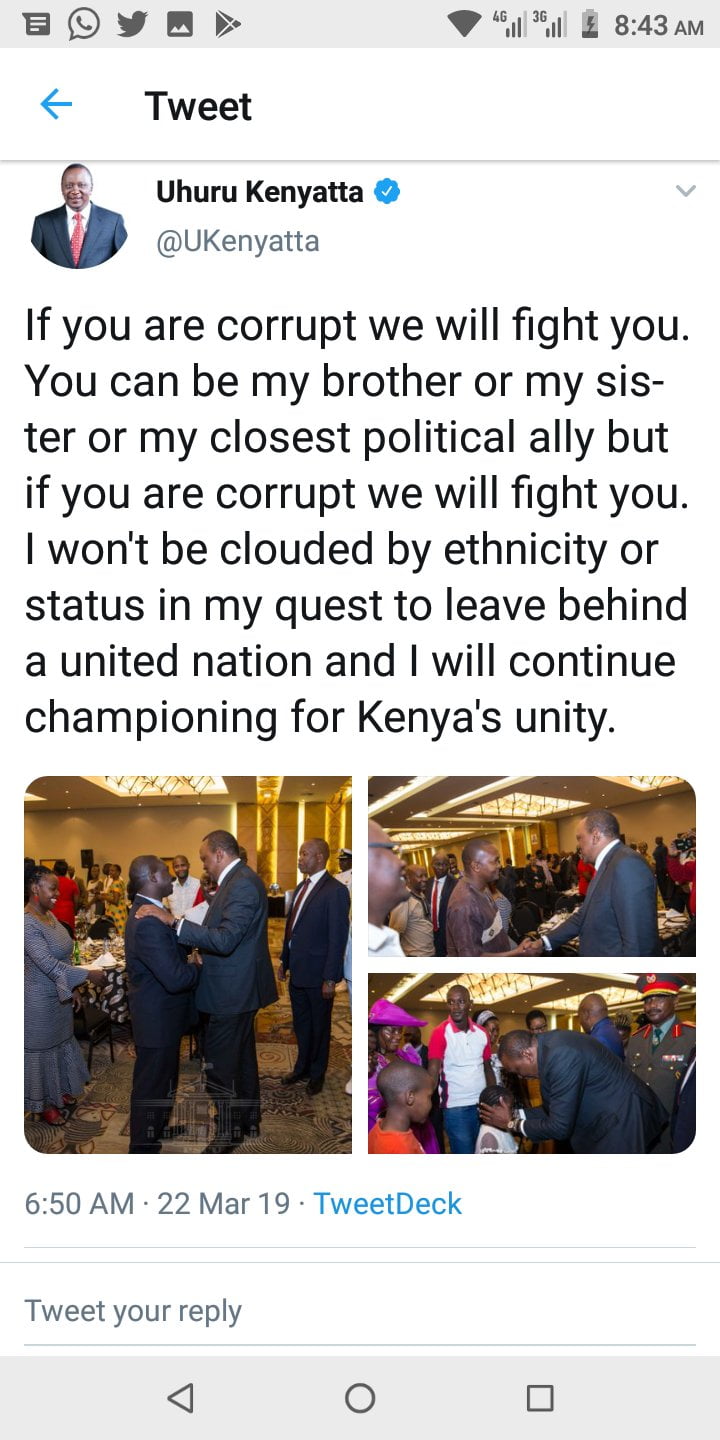 According to the Chief of Staff in the Office of The President Mr. Nzioka Waita, a measure to suspend all of President Uhuru Kenyatta’s social media handles has been taken after unauthorized access of those accounts was reported.