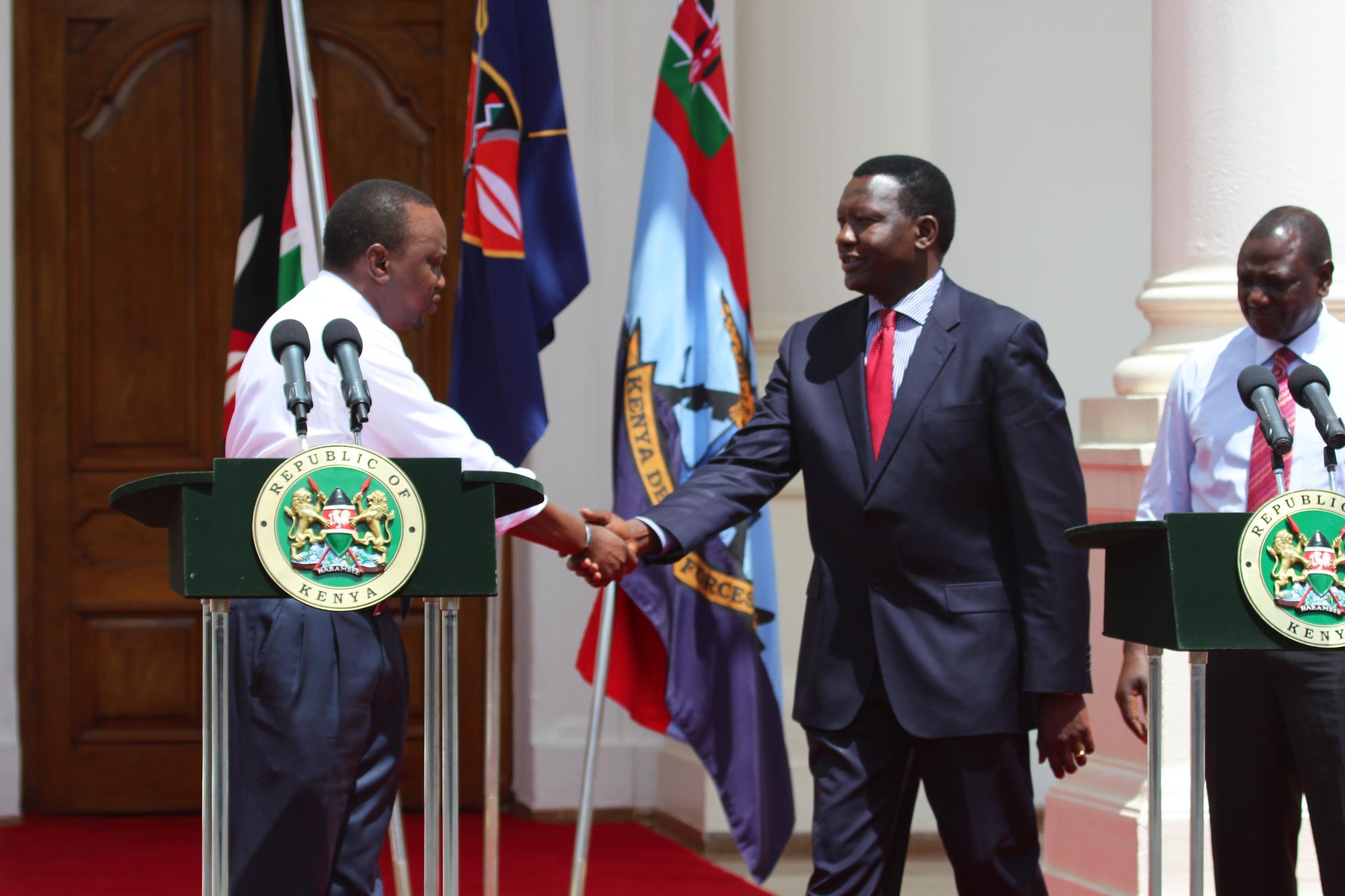 Energy Cabinet Secretary Davis ChirChir has been a troubled man as a cabinet reshuffle looms in the Jubilee Government. Word says he has been trying to meet President Uhuru since he was mentioned in the Chicken scandal all to no avail.

President Uhuru, who is under pressure from the donor community and investors to drop ChirChir as cabinet secretary is trying to balance his cards to avoid trouble from the Rift Valley Region that hugely supported him in the 2013  general elections in the popular tyranny of numbers political  game.

Sources have claimed that Chirchir will be the sacrificial lamb for president Uhuru to show that he is committed in the war against graft. Soon he will be asked to step down- Our sources have affirmed.

” It is either they fire Chirchir or lose donor funding” Says a popular political analyst.

Chirchir is the first member of the cabinet to be directly implicated in a scandal where he used his position to steal from the public coffers.

Pressure is mounting on the Cabinet Secretary and he has tried to meet Uhuru but the president has denied him access. President Uhuru was heard saying ” I dont want to be seen by Kenyans as part of the Chicken scandal, Issues like these ones are discussed in Cabinet meetings not privately ”