The Bureau of Investigative Journalism has reported that an employee of a Kenyan PR agency working for British American Tobacco (BAT) offered a bribe to a journalist to leak details of the Bureau’s investigation into how the company has targeted young non-smokers.

BAT has parted company with the agency, Engage BCW, with immediate effect and is investigating the incident. Engage, which is affiliated with the UK-based advertising giant WPP, has suspended the employee involved pending the outcome of an internal investigation. There is no suggestion BAT had any involvement in the matter.

Edwin Okoth was investigating BAT’s activities in Kenya on behalf of the Bureau when last month he was offered a bribe by an Engage employee in exchange for details of the investigation.

In text messages, the employee asked Okoth, “what is your price?” for leaking the information and subsequently confirmed he was “serious”. They went on to say that the offer was part of a “media intelligence” gathering operation that would help them “manage the client”, meaning BAT. 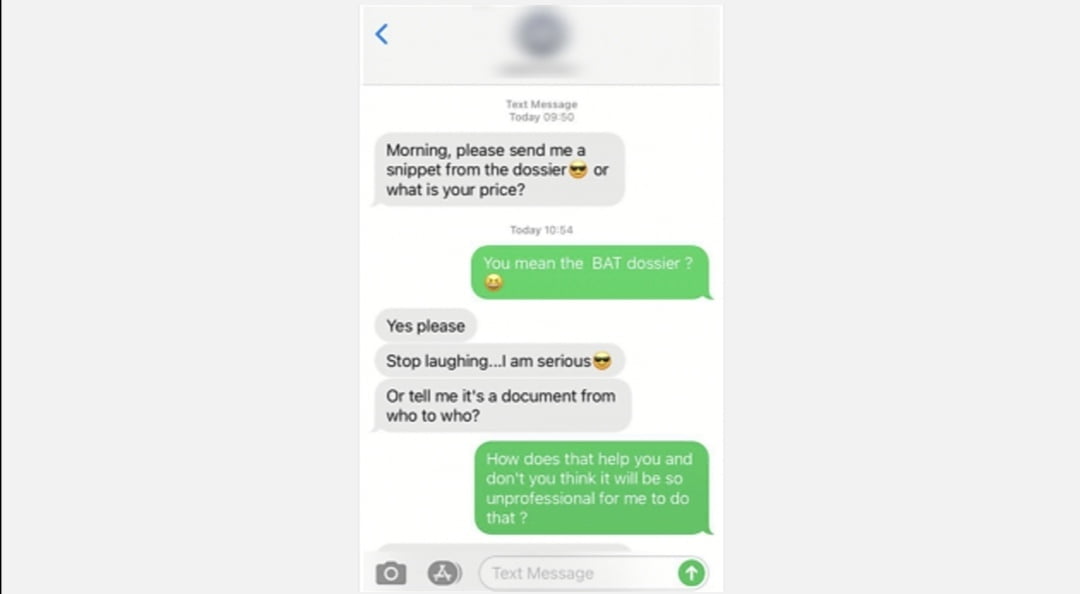 Just days earlier the UK’s Serious Fraud Office had announced that it was closing an investigation launched in 2017 over allegations BAT had bribed officials in Kenya. It said there was insufficient evidence to bring a prosecution.“My shock was how bold they were … BAT being cleared [by the SFO], that was the point of them becoming bold.”

Okoth said that corruption is an “everyday challenge” faced by journalists in Kenya, but that this attempt was brazen.

“Often when you try to expose a scandal of a government officer here they will send a public relations person or a former journalist to try and talk to you to see if you can drop the story or cut a deal or two,” he said.

“It is normally expected that an agency representing a multinational will be more professional … I was shocked that this person was actually acting on behalf of this respectable multinational from Britain.” He added: “My shock was how bold they were … BAT being cleared [by the SFO], that was the point of them becoming bold.” 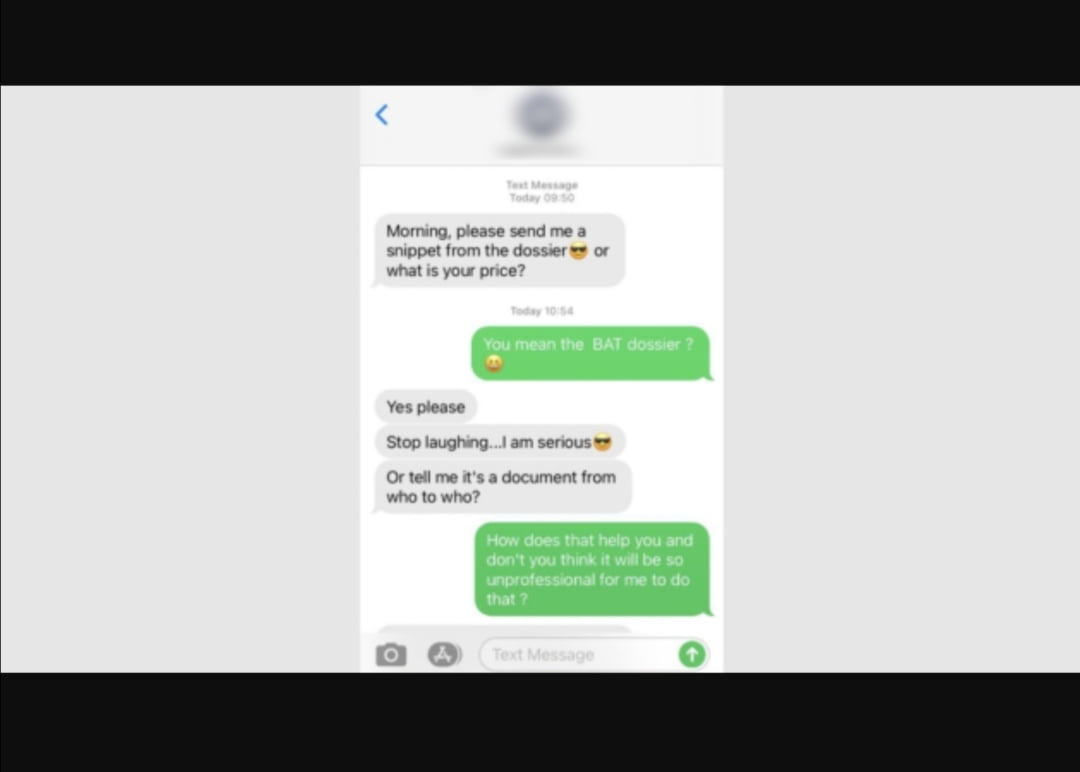 In a statement, BAT said: “BAT Kenya has, with immediate effect, stopped all activities with Engage BCW Kenya, and a full investigation into the allegations has been launched … We will not tolerate improper conduct anywhere in the world and take allegations of misconduct extremely seriously

Engage BCW said it has a “zero-tolerance policy towards any form of bribery or unethical conduct”.

A spokesperson added: “All our employees undergo mandatory anti-bribery training and are obliged to sign our code of conduct confirming their adherence to it.

“We are committed to the highest standards of behaviour in all our work and we take this issue extremely seriously. We have immediately commenced an internal investigation and suspended the employee concerned pending its outcome.”

Rory Donaldson, programme manager at Transparency International, an NGO that works to combat global corruption, said: “Offering a bribe to a journalist isn’t just an attempt to undermine honest reporting and journalistic integrity, the very offer of a bribe is a crime in most jurisdictions.

Okoth had been researching the sale and promotion of BAT’s new Lyft product, a tobacco-free nicotine pouch that Kenyan officials believe is being marketed to young non-smokers as well as existing adult smokers.

The offer of a bribe was received shortly after BAT shared a statement with Okoth that revealed that the tobacco company was threatening to pull investment from Kenya over uncertainty on the classification of Lyft.