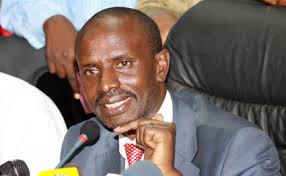 With the Kenya National Union of Teachers elections scheduled for next year, lobbying and early campaigns have hit the Mombasa branch.
Already, two camps are plotting on how to carry the day but the current lobbying and premature campaigns are not going down well with the head office.
Sources say that the office bearers who are doing their fourth year in office have climbed up the ladder in what is now being described as unfair promotion. Some of the officials who before their election were Class Two teachers are now headmasters and deputy headmasters.
Examples are given of woman rep Anne Ngugi who has been promoted to deputy and assistant treasurer Nuria Huka who by the time of her election was a class teacher but is now a headteacher. The branch chairman also ejected Khadijah Primary School head Kahindi despite having a term to serve before retirement.
The man doing the deals is the branch treasurer Daudi Mulei. He is said to be campaigning for re-election. The Mulei camp is said to be lobbying to have teachers reject the executive secretary Stephen Ouma.
Mulei is now being fronted by his faction to run for the executive secretary’s position and will face Ouma.
Mombasa teachers are now appealing to TSC to investigate and make a report on how transfers, promotions and demotions have been done in Mombasa branch over the last four years.