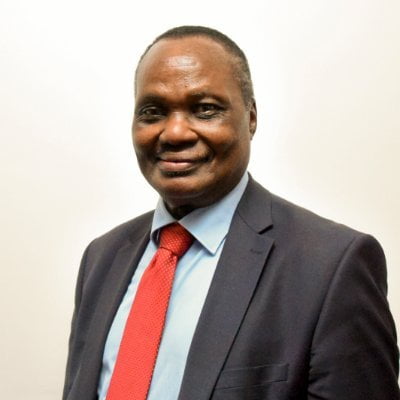 Prof. Isaac Mbeche, the Ag. Vice-Chancellor of the University of Nairobi.

It seems that things are staring on a high for the new Professor Isaac Mbeche , the acting Vice-Chancellor of the University of Nairobi (UoN) who replaced the rogue mismanagement expert Prof. Peter M.F. Mbithi.

Information sent to the chief editor of this site believes there’s a land grabbing going on at the Kabete campus. Is the the VC aware?

Good stuff you’ve been doing exposing the rot and corruption in this country.

I have a concern that might interest you. It is with regards to the land that surrounds the Farm land belonging to UoN Kabete – Veterinary Department.

I was born and raised in the area. So when I switched up my jogging route yesterday to relive childhood ‘panya’ routes, I was amazed at what I saw.

The wilderness and grazing land that was there has been replaced by massive construction of flats and residential houses. Growing up, I remember this was where grazing of UoN animals was done. We used to trespass as kids to enjoy the adventure and fishing in the streams that are now dry. These streams are now seasonal due to the cutting of trees and perhaps some farmers have dammed them upstream for farming of mboga. Some of the construction has been done on the riparian land. But being in Kiambu county, little has been done to address this.

When I asked my parents about the possible land grabbing, the story I got is that subdivision of the UoN farm land started during the Moi era and was accelerated by corrupt Councillors and Chiefs when we still had the old Mayoral system in Nairobi. I’m guessing the time frame was the late 80s running into the early 2000s.

I have attached a google satellite photo of the area with the areas that have suspicious construction. I’m not sure of the legality of the photo but you will figure it out.