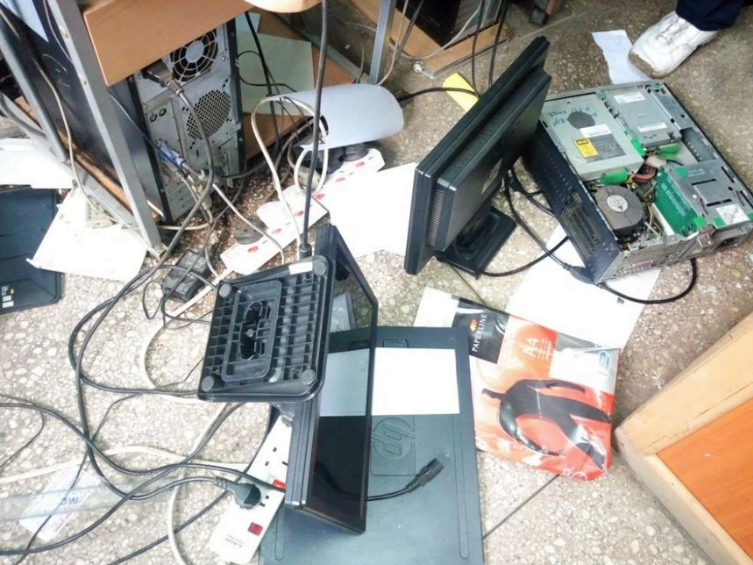 The computers that were destroyed./COLLINS KWEYU

According to the Star Newspaper

Blogger Robert Alai is being sought by Central Police officers after he allegedly stormed the offices of Weekly Citizen and destroyed computers, scanner and printer belonging to the newspaper.

The blogger is said to have arrived at the newspaper’s offices at 12 pm on Tuesday.

He was enraged by a newspaper article that alleged he was extorting from people and organizations in order to stop publishing alarming information on them.

According to the newspaper he had last week demanded Sh400,000 from NHIF to stop writing a negative story on the organization.

One of the newspaper’s editors Tom Alwaka accompanied by his lawyer Winston Ngaira reported the matter at the Central police station under OB number 84.

Central OCPD is Robinson Thuku confirmed that Alwaka reported the case at the station.

Responding to one user on social media, Blogger Robert Alai has vehemently denied the allegations calling them malicious and insisted nobody has summoned him over the alleged destruction of property.

The alleged article is attached hereunder 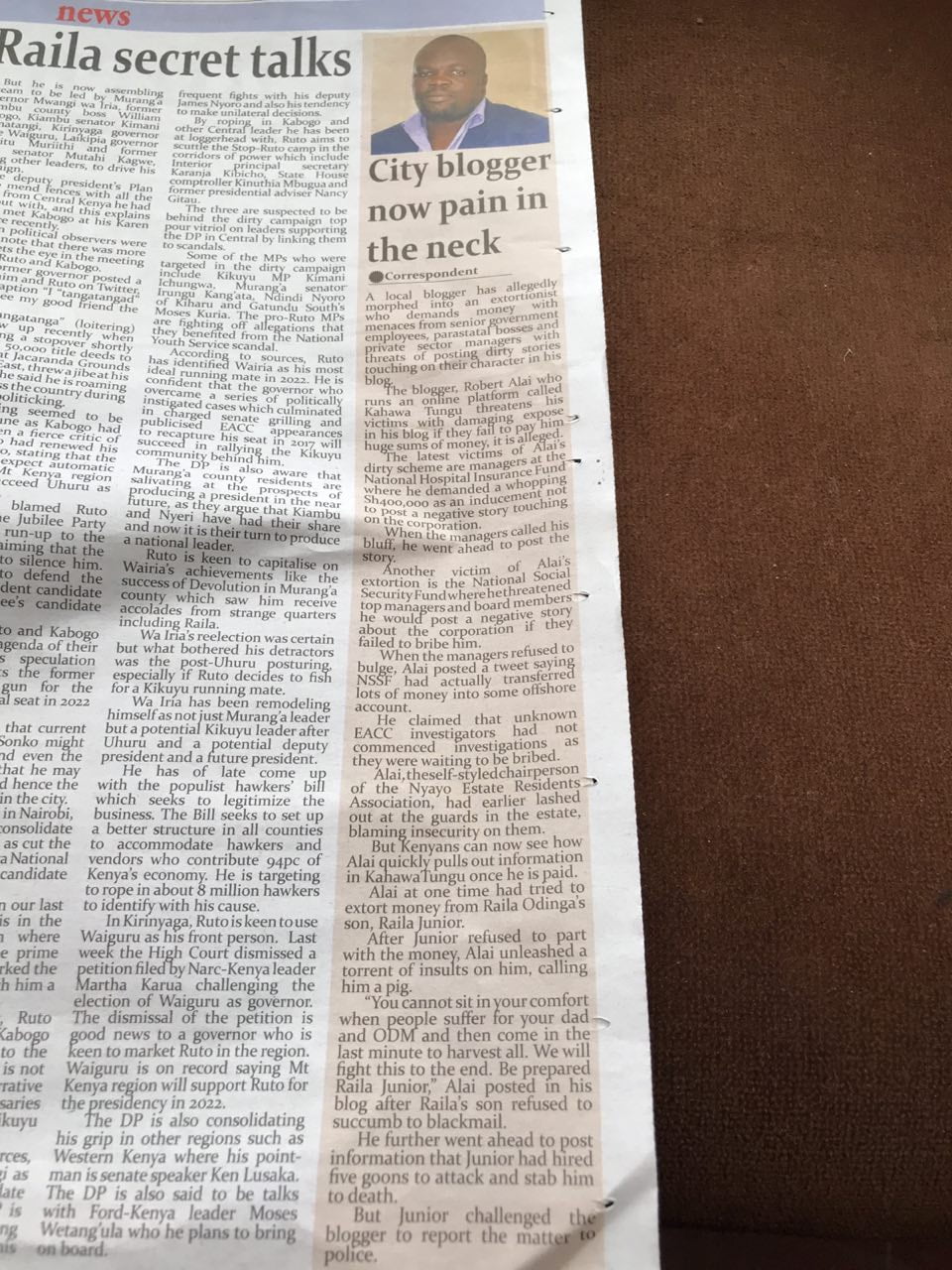