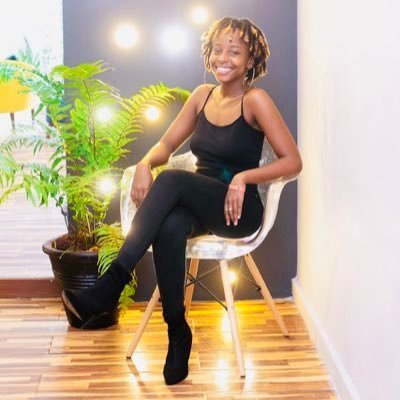 Hours after the virtual grand tour of her rich parents’ expensive Runda mansion went viral, the internet’s newest teenage sensation Joan Kubai has now made a u-turn and returned to beg netizens for help in getting rid of the video clips she shared on American multimedia messaging app Snapchat.

Through a series of Instagram stories, she published on Monday afternoon, a seemingly anxious and distressed Joan Kubai claimed that the public had missed the point behind her publishing of the footage, accusing them of ‘invading her privacy’ and ‘blowing the whole thing out of proportion’.

She also expressed her strong displeasure over how the videos led to the masses heavily questioning her parents’, specifically her father’s source of massive wealth, which she feels should not be any of their business.

“THAT WASN’T THE POINT FOR THE VIDEO, THAT WASN’T THE POINT FOR THE HOUSE TOUR. I WAS JUST POSTING LIKE ANY OTHER POST AND KENYANS HAVE BLOWN IT OUT OF PROPOSITION. THAT IS NOT RIGHT. THAT IS AN INVASION OF PRIVACY. AND ME POSTING IT DID NOT MEAN THAT PEOPLE SHOULD REPOST IT TALKING ABOUT HOW MY DAD GOT HIS MONEY OR HOW HE IS INTO THE ILLEGAL BUSINESS. THAT IS JUST HOW HE GETS HIS MONEY,” – JOAN KUBAI

Moments before she made the dramatic complaints, the ever-efficient online detectives had revealed her parents as low-lying city tycoons Peter Macharia Kubai and Isabellah Wairimu Kubai, both of whom are directors in the scandalous construction company Belisa Limited – a firm currently at the centre of two separate investigations by the Ethics and Anti-Corruption Commission (EACC) detectives regarding their role in Murang’a Governor Mwangi wa Iria’s alleged violation of the public procurement law and multiple ghost projects within the county.

The company is believed to be part of a network of companies Mr Peter Macharia Kubai and his family have been accused of using to secure double payment for the same work, and in most instances, no work done.

A source who confidently spoke to cnyakundi.com informed us that upon the re-emergence of these reports, word has been going around that detectives handling the various investigations into Peter Macharia Kubai and his numerous proxy companies are now even more drawn to the case due to the public uproar that resulted from his daughter’s rather unwise move of exposing his vast property.

This has, in turn, mounted massive pressure on Mr. Peter Macharia Kubai who then reportedly gave his now-shaken teenage daughter Joan Kubai an ultimatum to make all the videos miraculously disappear from the face of the internet. 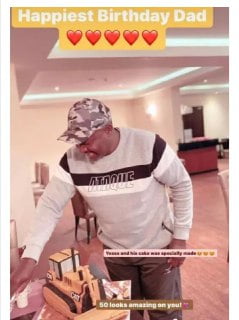 Sunday’s video by Joan Kubai offered a glimpse into the opulent lifestyle of Kenya’s rich, with several rooms, an indoor lift and swimming pool among top features which stood out.

During her tour, Joan started off at her spacious, luxury room that hosted all sorts of high-end furniture and glassware, before parading her numerous exclusive rooms inclusive of her own bathroom, shoe closet and vast walk-in closet.

This was the same case in her younger brother’s room.

Joan could also not help but brandish how much her parents are in love with paintings – I don’t mean just any ordinary pieces of art – to the extent that every room graced its own expensive pieces of art. 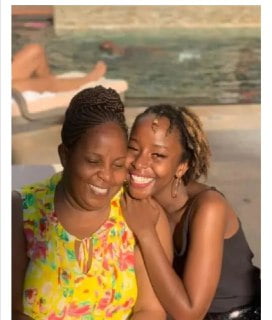 Joan Kubai poses for a photo with her Mum [Source: Joan Kubai Instagram]

This house tour sparked a conversation on Twitter, making Joan Kubai trend for the better part of the day. Some netizens likened the Kubai house with their bedsitters, where everything is located in one room.

Others were quick to point out that Joan may have opened a can of worms seeing that her parents have evidently been involved in quite a number of shoddy deals.

The craze even attracted the attention of Twitter’s most famous masculinity coach Eric Amunga, popularly known by his handle @Amerix, who had differing words for her.

She was the richest girl in Riara Girls High School. I met her there.

She one day went home because her teacher was 'stressing' her to pass exams.

She is not your ordinary Kenyan girl.