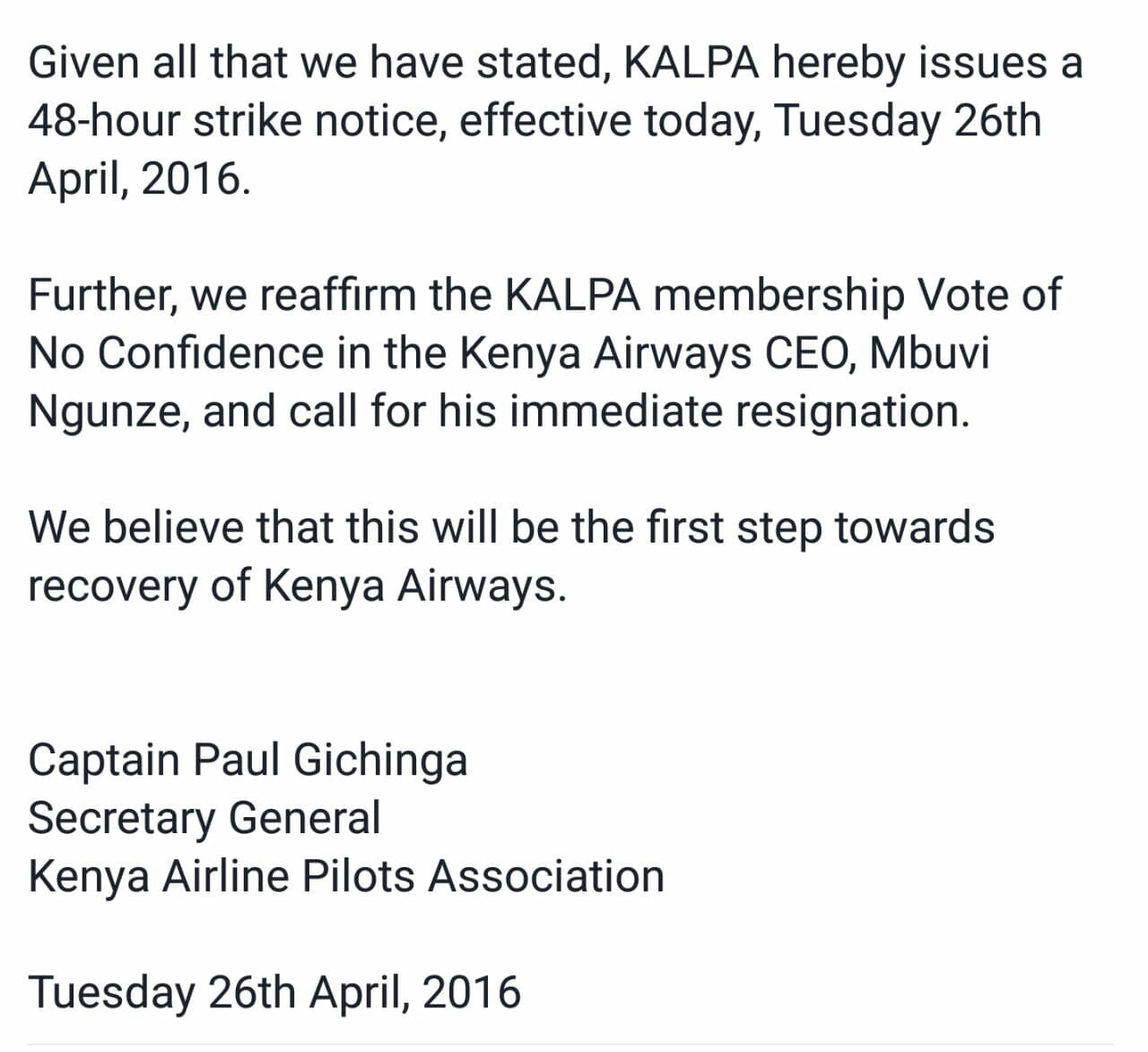 Mbuvi Ngunze, the corrupt replacement of habitual thief and Kenya Airways saboteur Titus Naikuini has until Thursday to vacate office, failure to which all pilots in Kenya will down their tools and strike. We know that he was a handpicked successor.

We recently cast aspersions on members of the Kamba community for the contradictions they exhibit, and singled out Chief Justice Willy Mutung and FKF President Nick Mwendwa, with an immediate reaction being a post that concurred with the article, also singling out Mbuvi Ngunze.

Apart from bribing Terryanne Chebet the basic bitch from Citizen TV Business News, for favourable coverage, Mbuvi hasn’t really achieved much, save for the instituting of a costly retrenchment that will see over 300 individuals lose their jobs.

Beyond that, Ngunze bribed Business Daily journalists to heap false praise on his pathetic move at selling KQ’s prime-time landing spot at Heathrow Airport, claiming that it raised Kshs. 5 Billion. Some of these Kambas are really sick fellow Kenyans!

And instead of Ngunze terminating a flawed leasing agreement with shell companies registered in Mauritius, Ngunze then resold leased planes to Oman and Turkish Airlines, a move that baffled international observers since he wanted to maintain the leases at KQ’s expense, as they benefit Titus Naikuni and members of the “Royal Family.”

We now join hands with the Kenya Airline Pilots Association (KALPA) in calling for Mbuvi Ngunze’s resignation, failure to which we shall mobilise Kenyans to march to his office and throw him out.