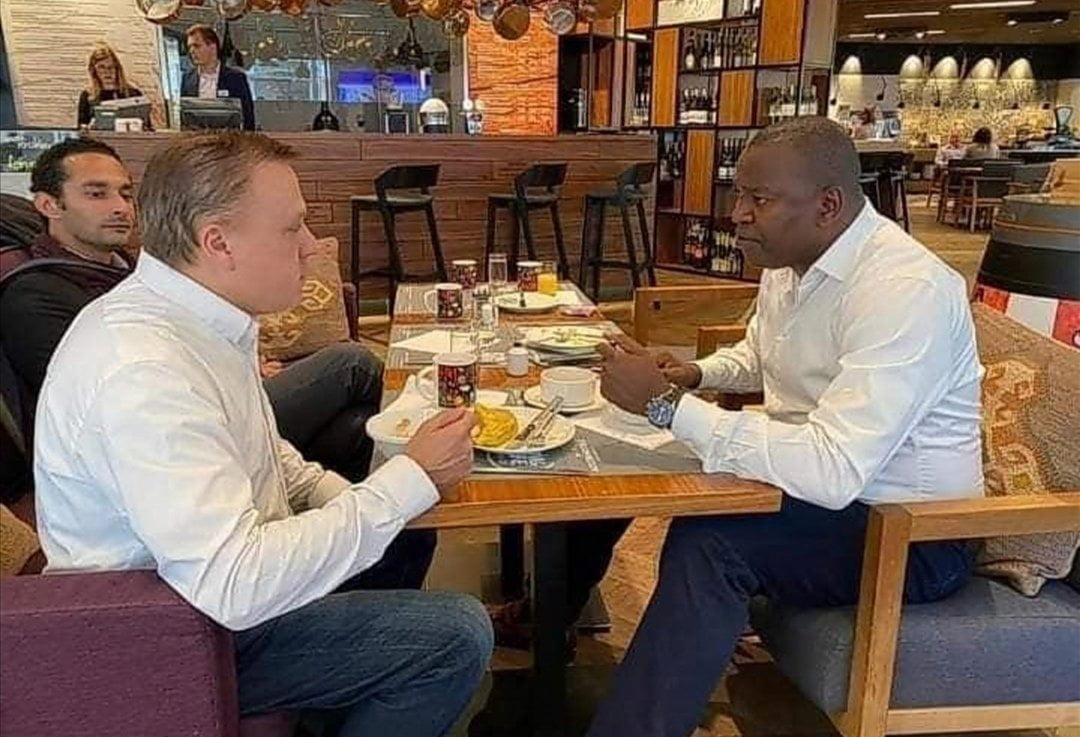 The photos of Rashid Echesa, the former Cabinet Secretary for Sports with foreigners he was about to con over Ksh39 billion emerge online.

Echesa who was arrested on Thursday and taken to Directorate of Criminal Investigations (DCI) headquarters for questioning has been remanded till Monday.

The arms deal scandal has ropped in the Deputy President William Ruto.

According to multiple sources, some of the meetings were held at the DP offices at Harambee Annex.

The foreigners say Echesa’s team, which allegedly included a general identified as Juma, used top of the range vehicles all with military number plates in their dealings.

The foreign investors also claimed that Echesa promised them a meeting with the Deputy President to finalize the deal.

The DCI has stated the all those mentioned in the documents that were confiscated during a raid at the DP office will be grilled. That includes the newly appointed CS for Defence Monica Juma. 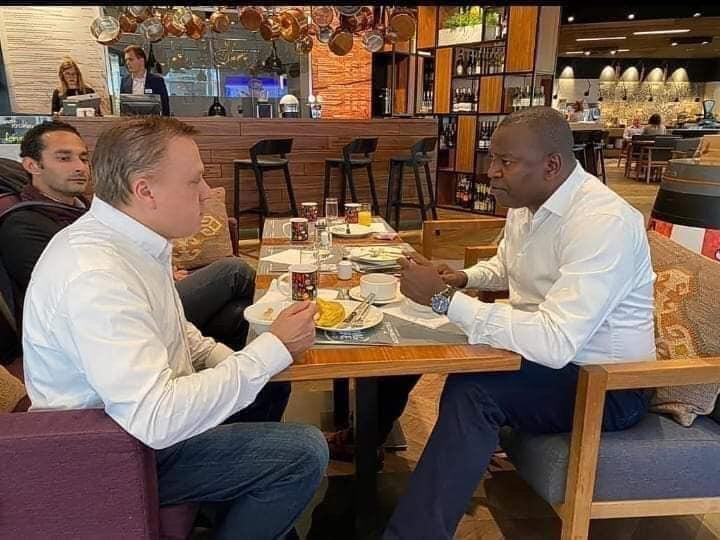 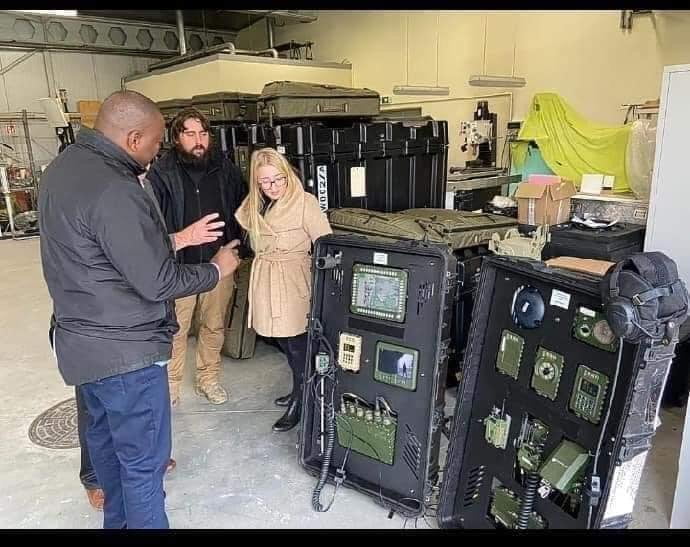 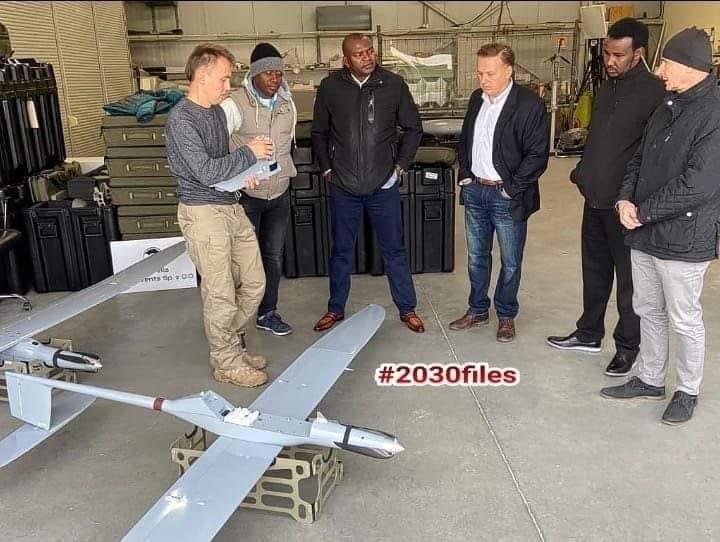