A part of the Mount Kenya Forest has been on fire since Saturday the 23rd of February.

Very few details on the fire have been given out by the Kenyan media and therefore, the CNYAKUNDI.COM team took it up to themselves to find out exactly what is happening.

According to our sources on the ground, the wildfire that broke out on Saturday morning has been difficult to contain given the limited amount of support.

In fact, those trying to stop the fire have had to ask for volunteers to join in since support from government bodies has been minimal.

I am still with the team battling the Mt Kenya forest fire. We still need more volunteers.

According to a Kenya Wildlife Service update given yesterday, the fire that first broke out near a campsite in Chogoria area in Tharaka Nithi County has now spread over to Kirinyaga and Embu areas where residents have been spotting heavy smoke, particularly around Nyamindi River.

On Wednesday, a joint county team led by the Tharaka Nithi County Commissioner said that plans were underway to contain the fire with assistance from forest adjacent communities and private companies. 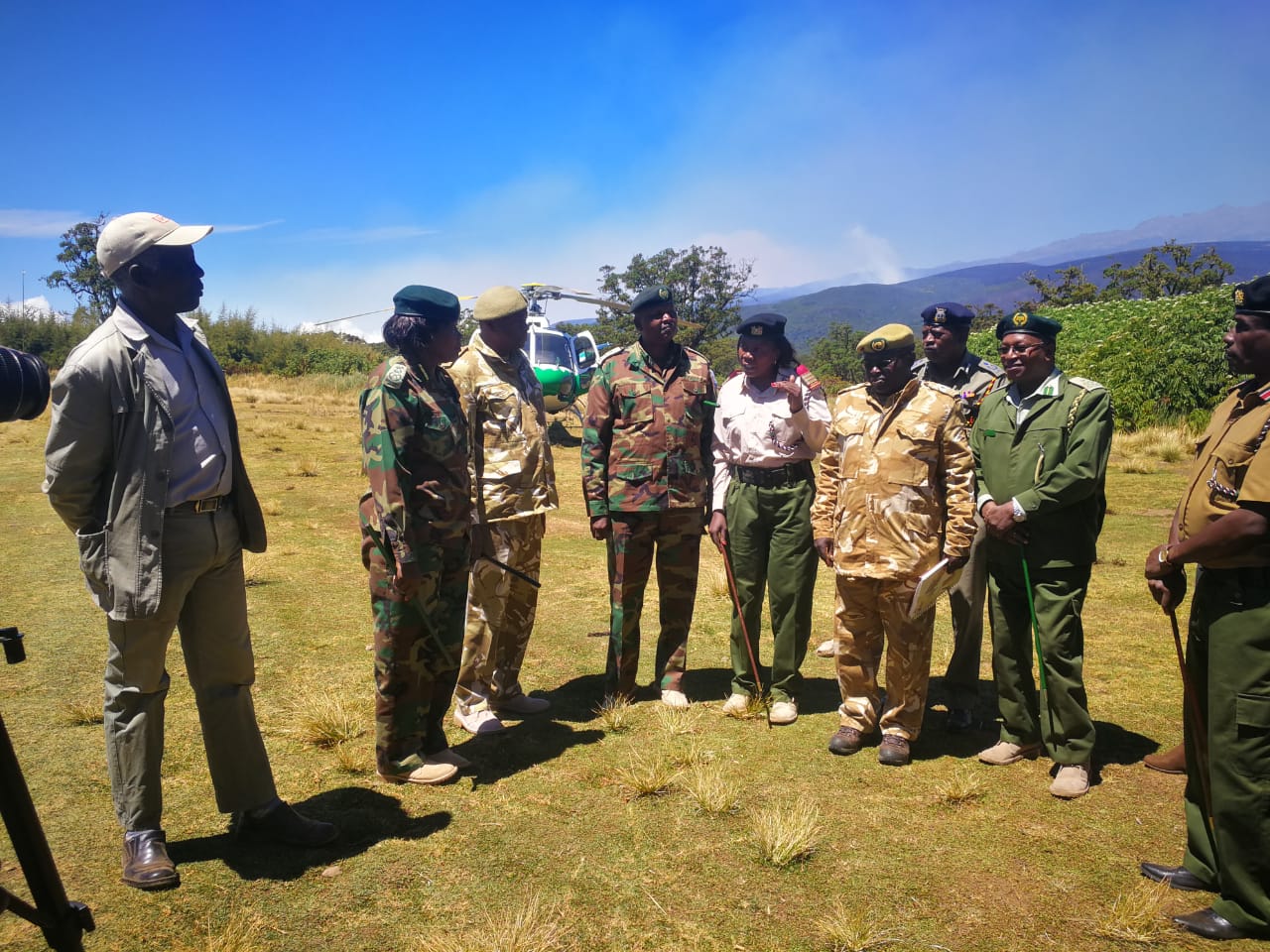 The Kenya Forest Service says that the main challenge in containing the fire has been strong winds and the rough terrain especially around Kirinyanga and Chogoria regions which have been the most affected.

So far, the fire has razed down over 10,000 hectares of land and the figures keep rising.

Here are some of the photos of the fire. 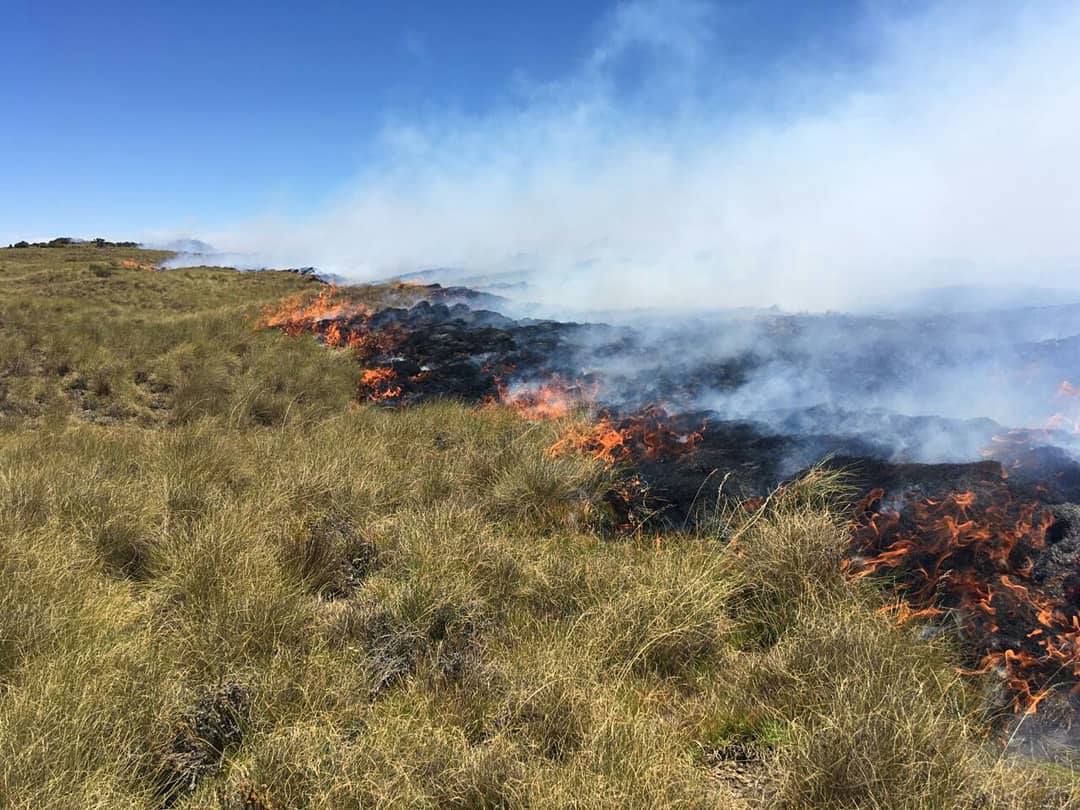 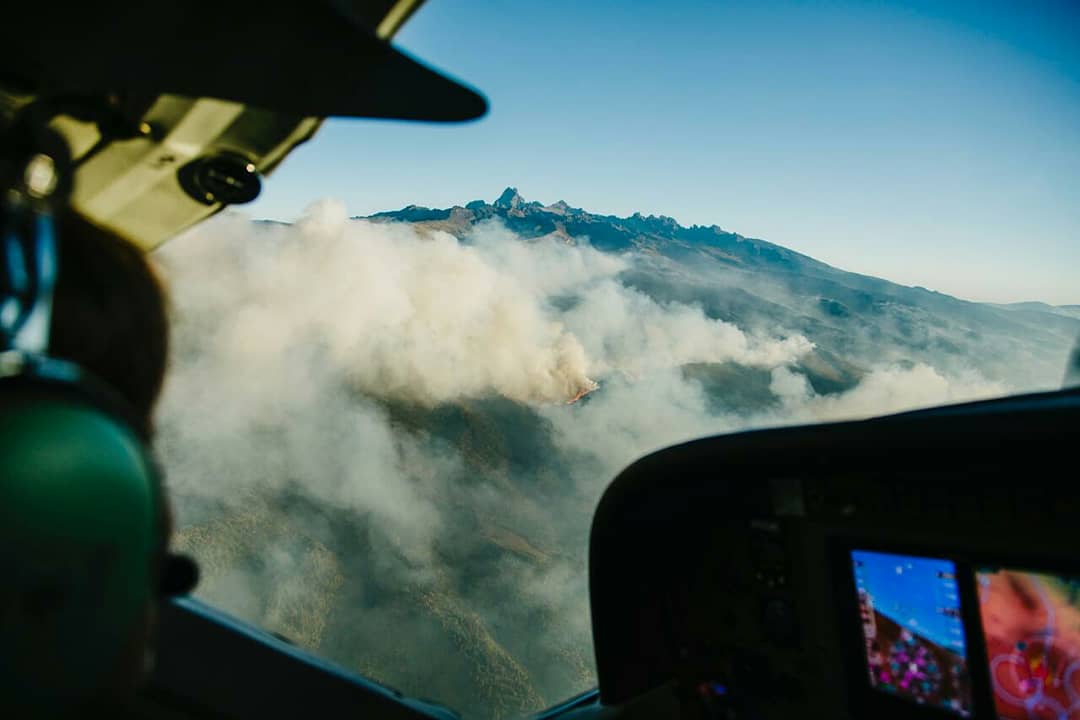 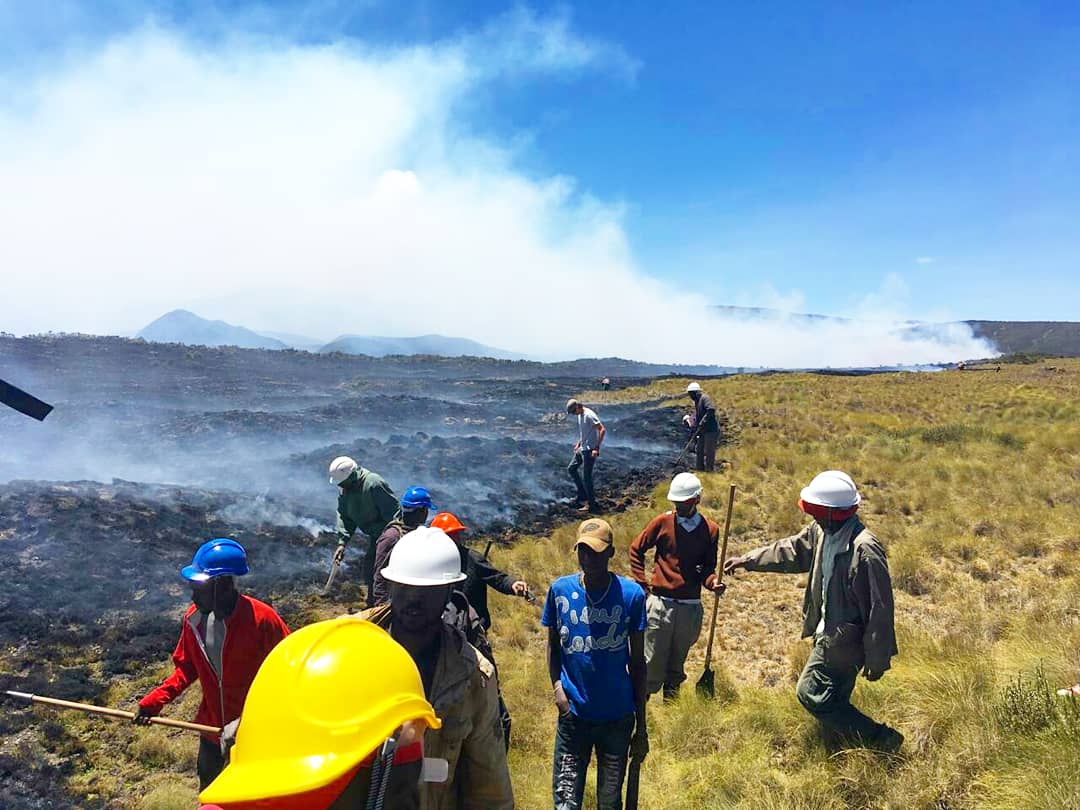 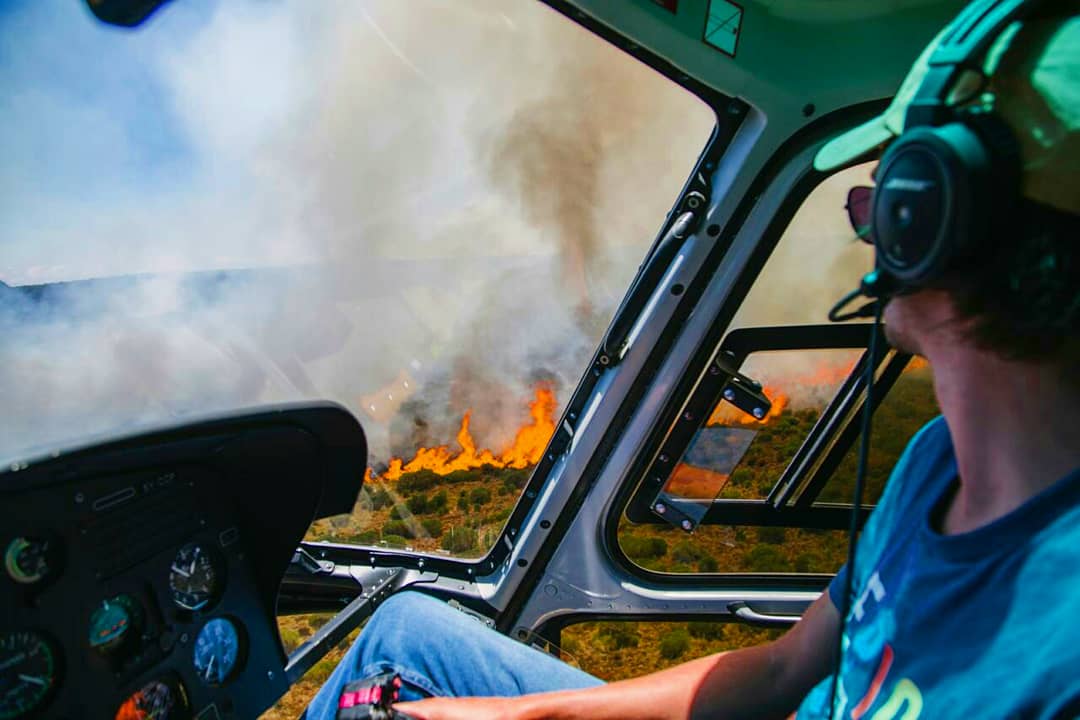 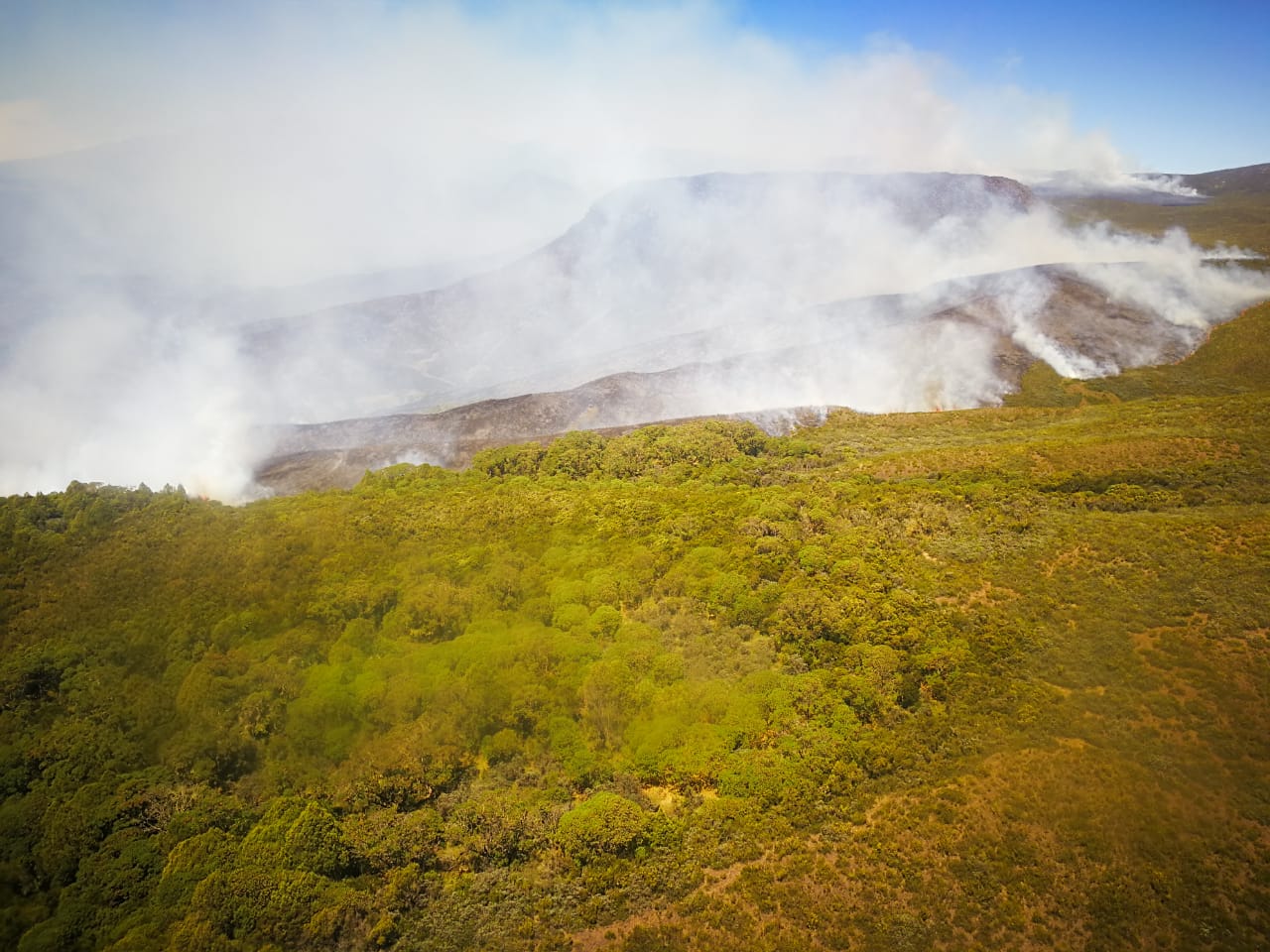 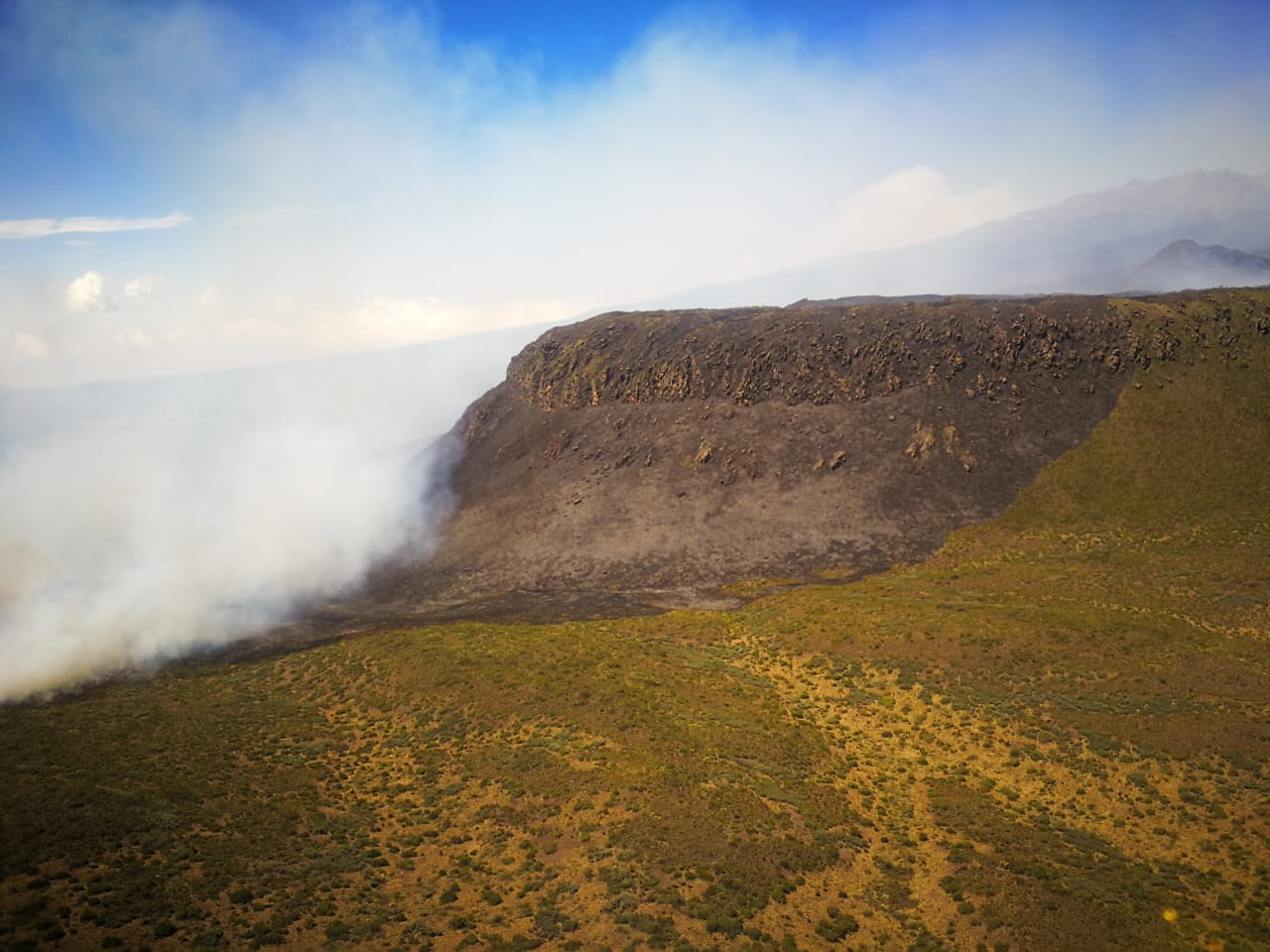 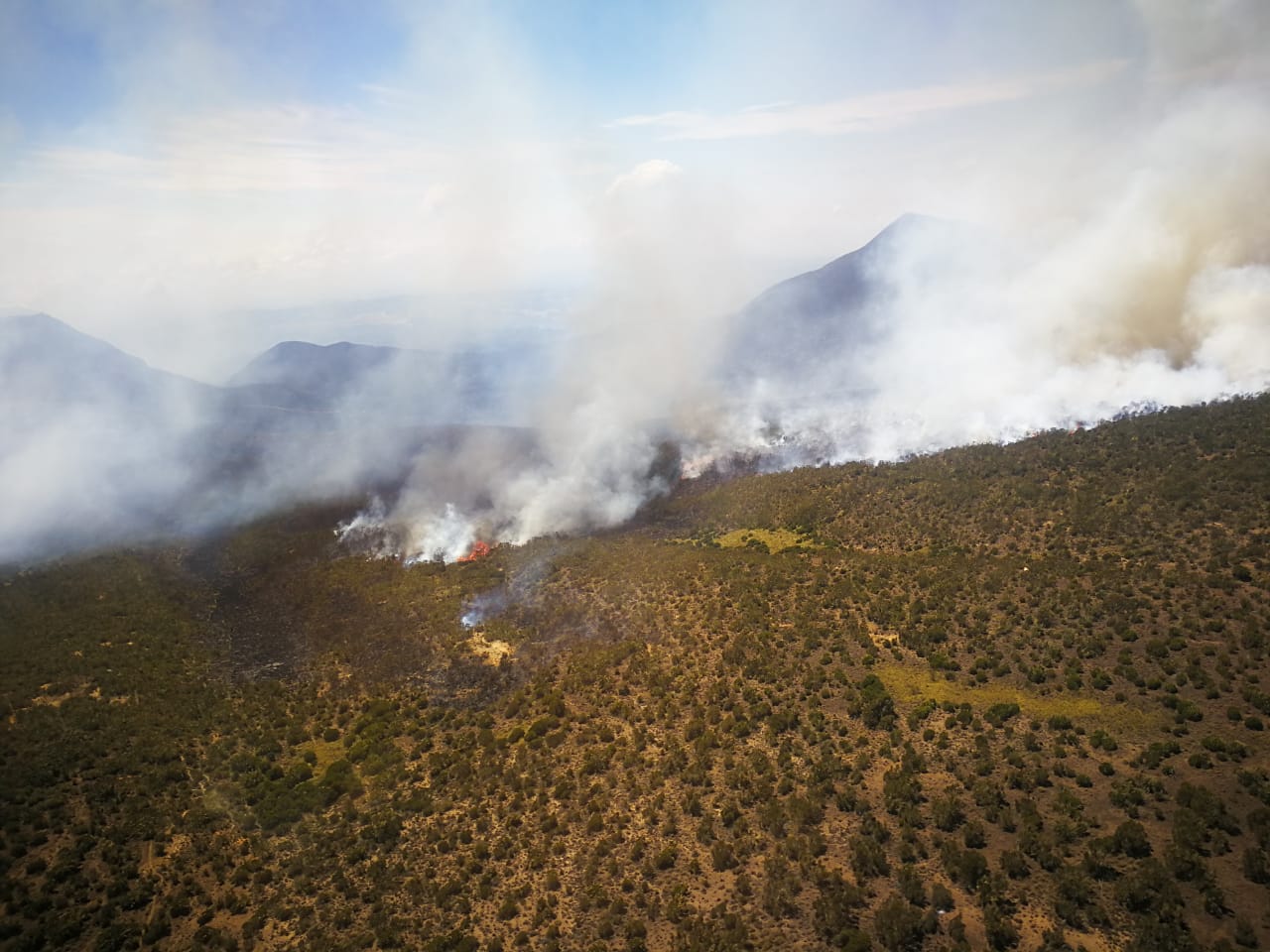 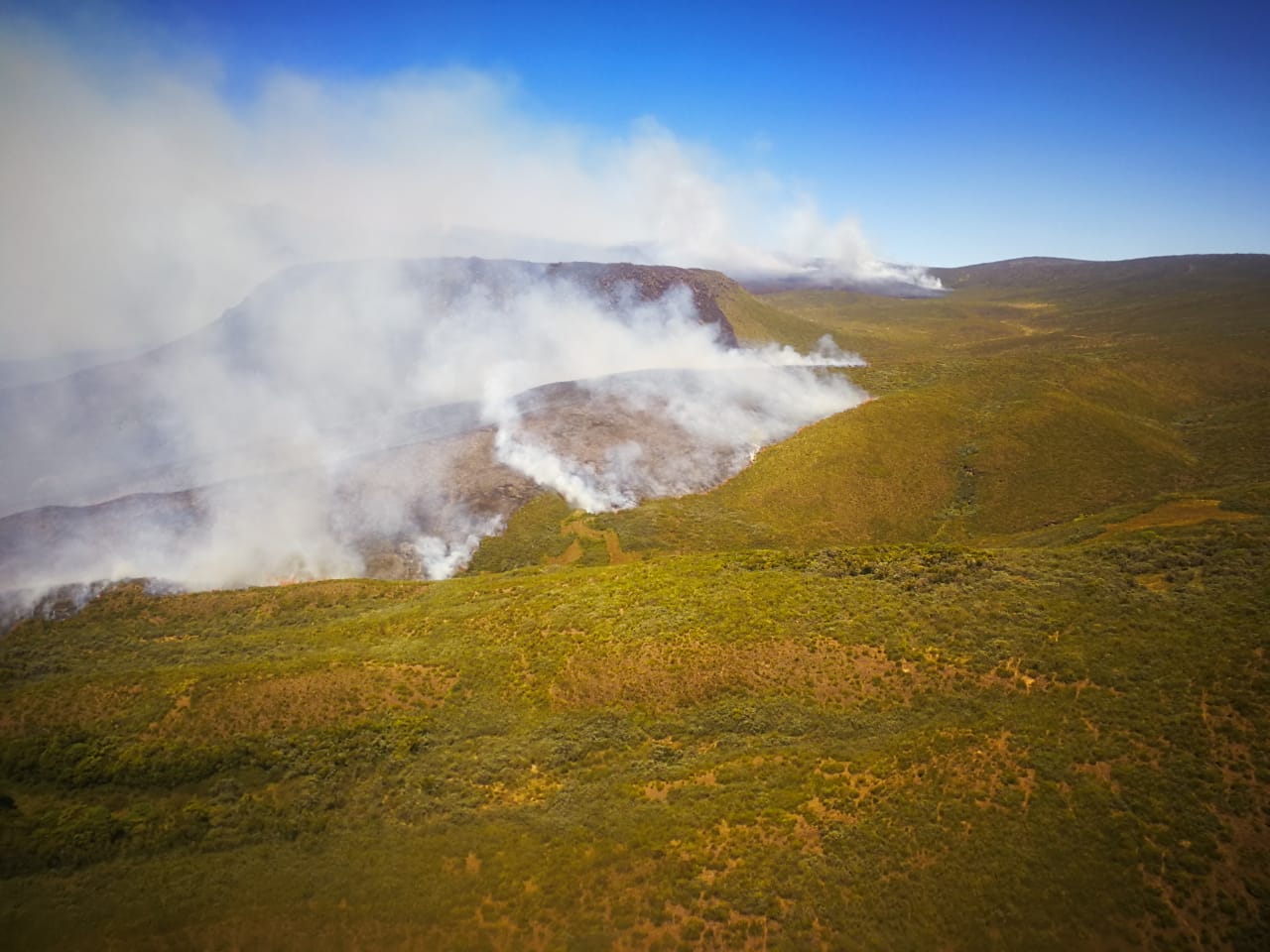 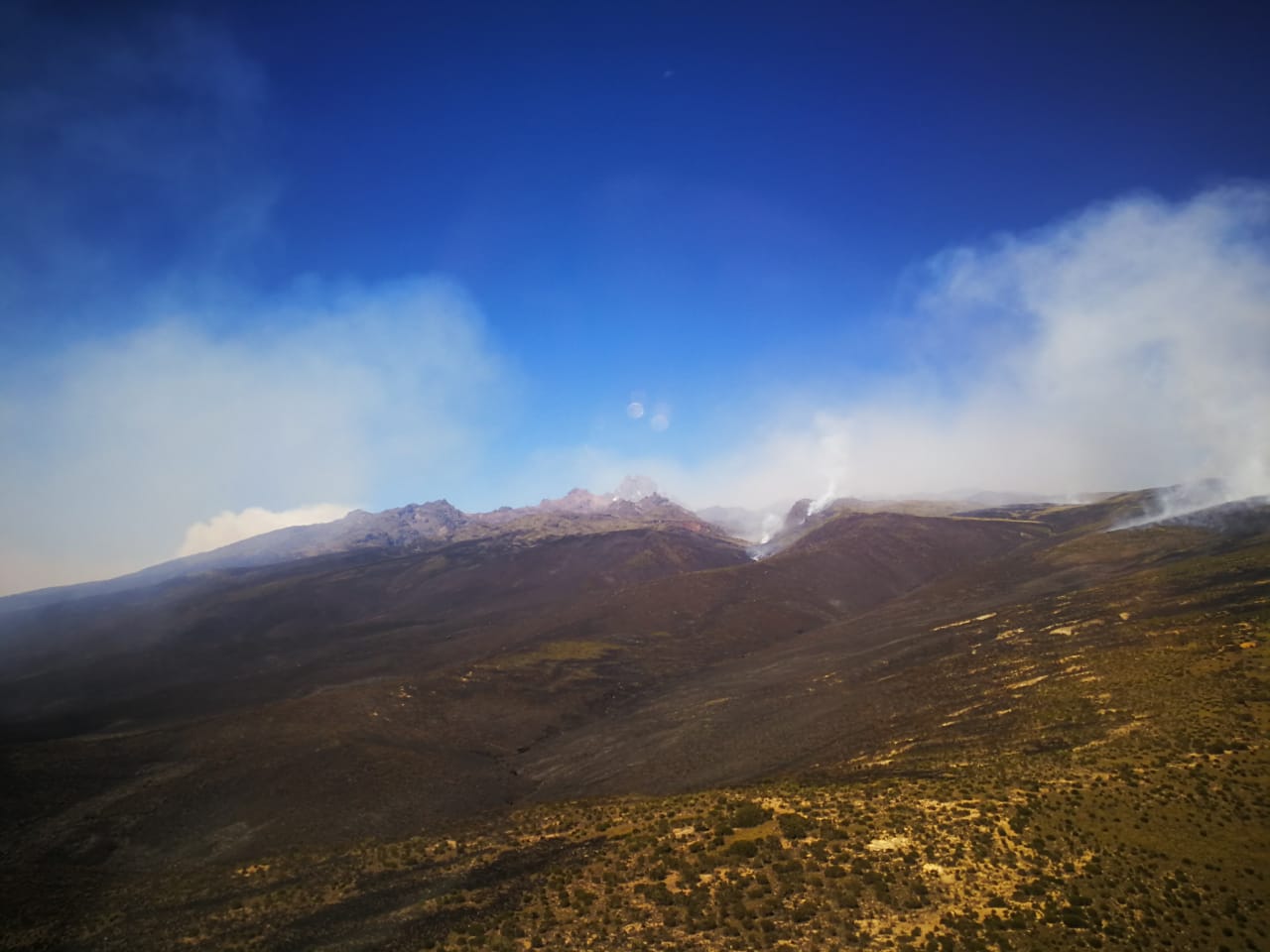 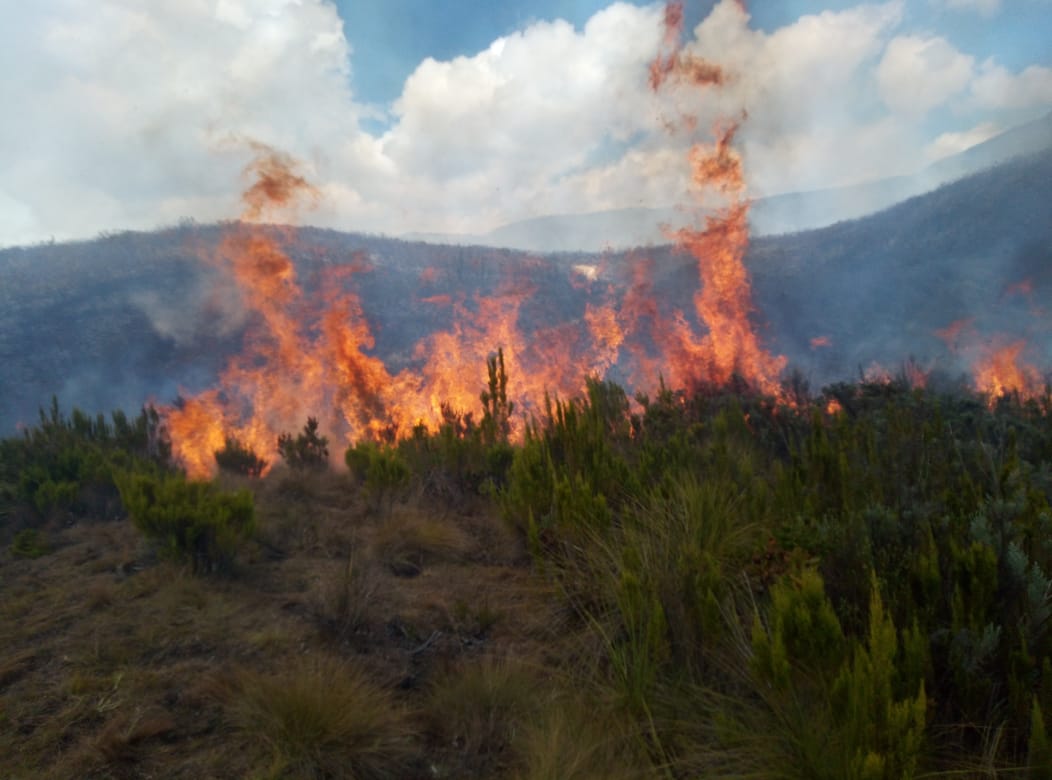 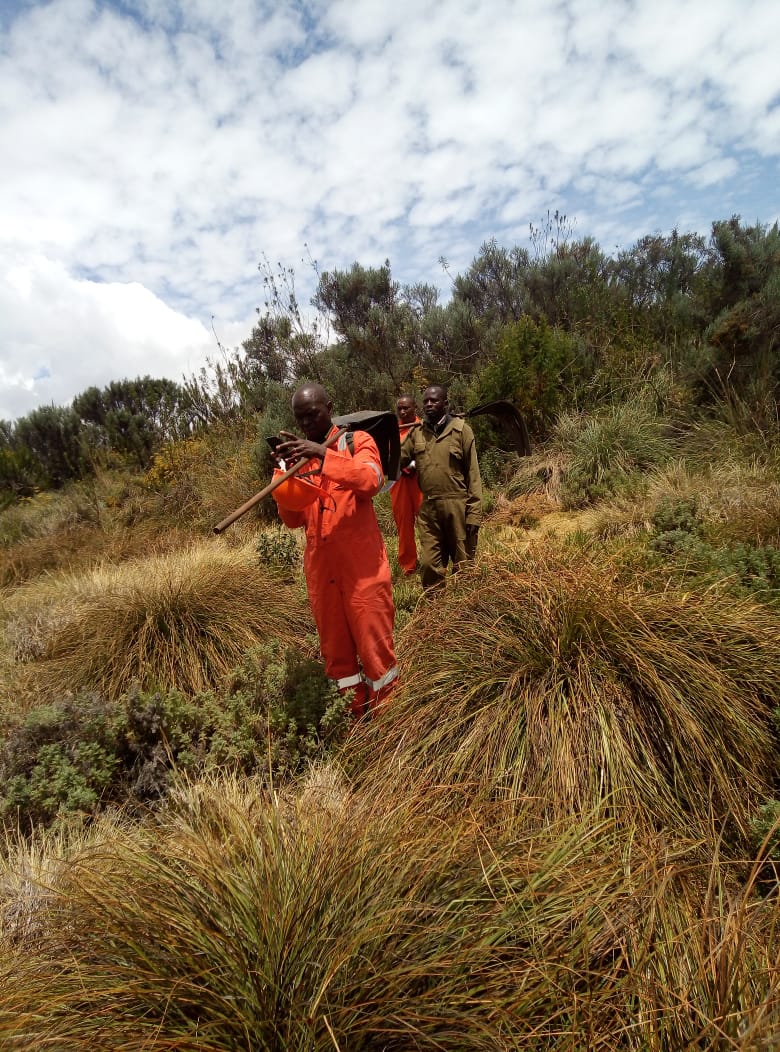 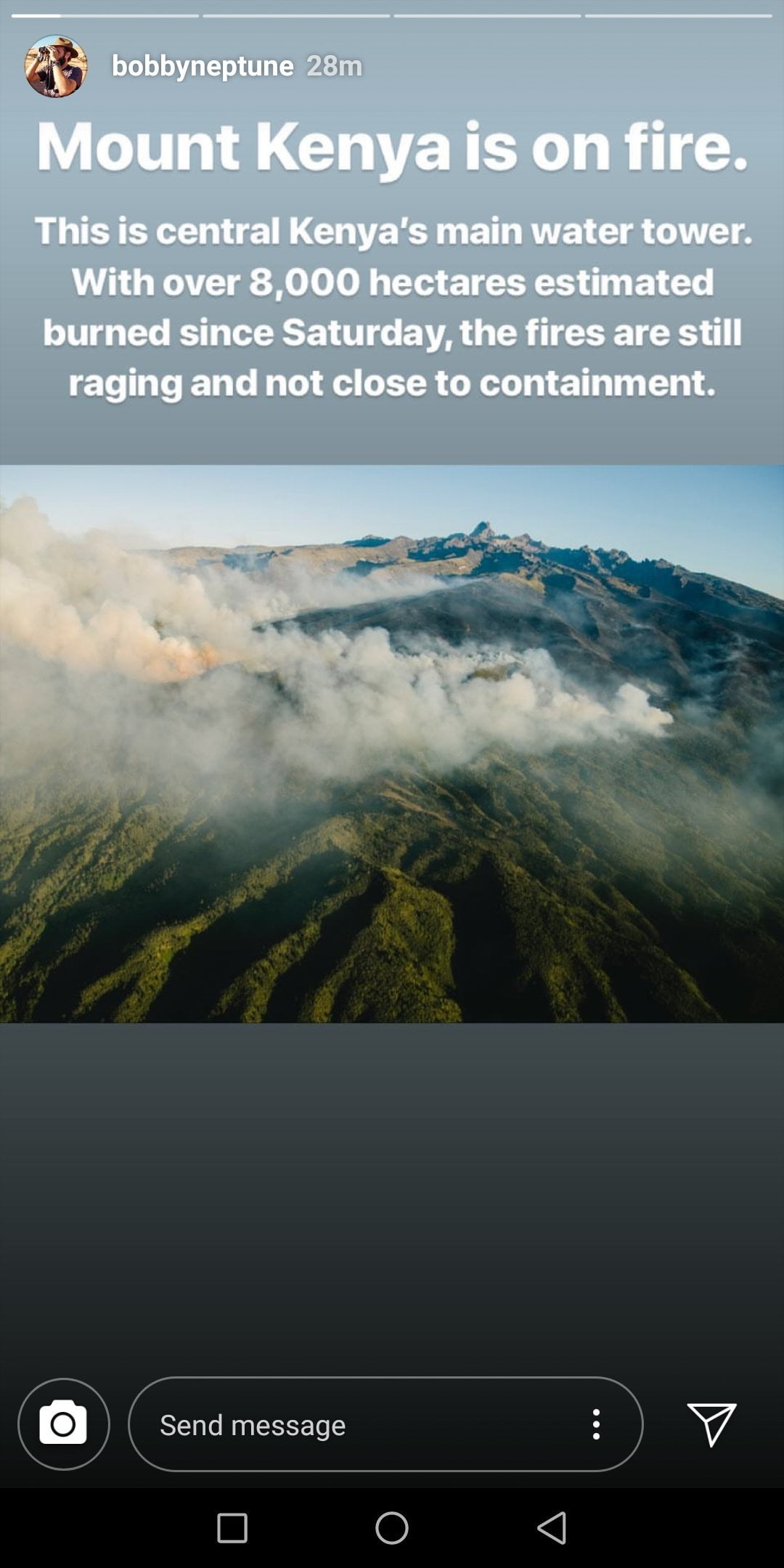 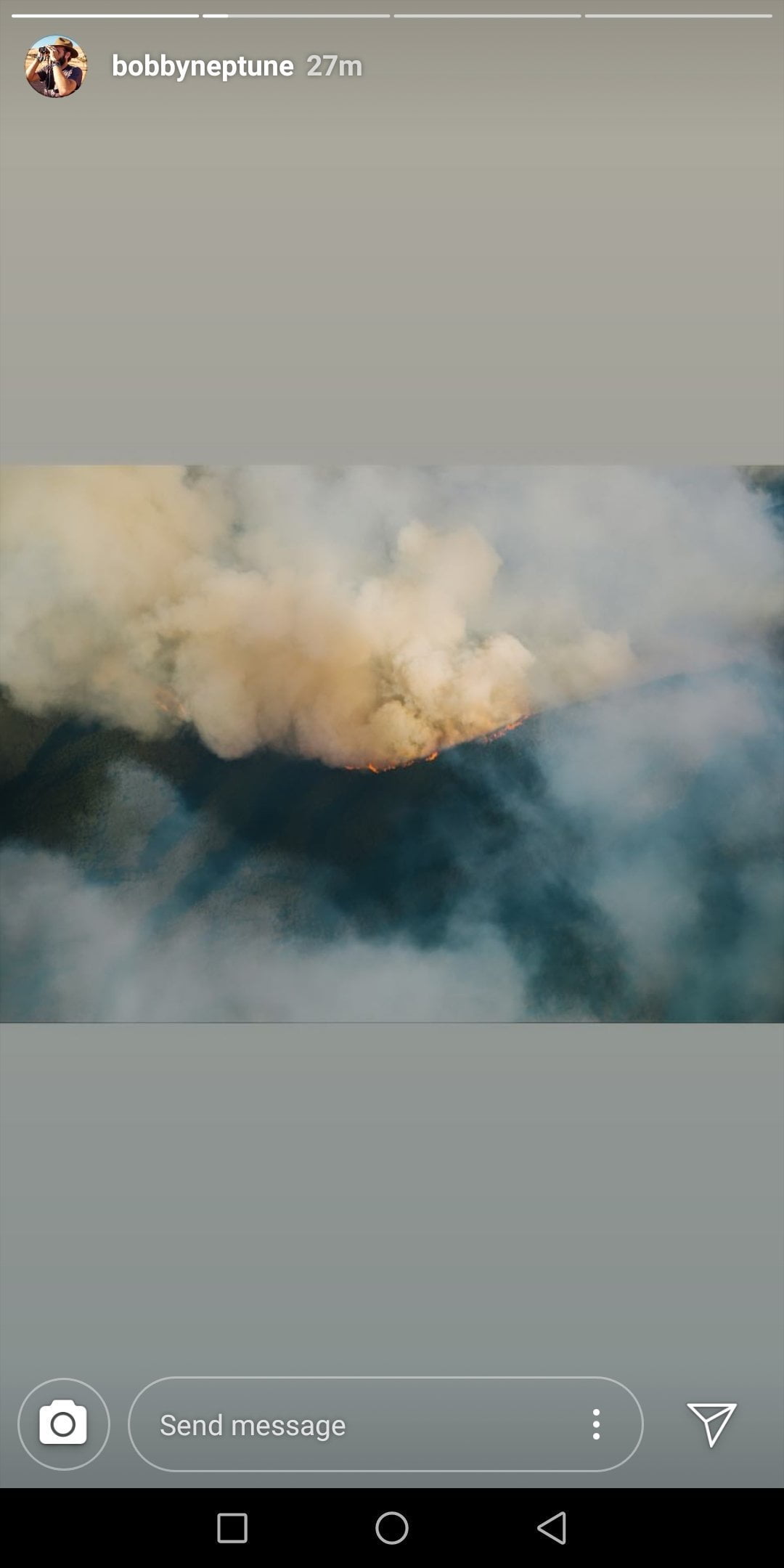 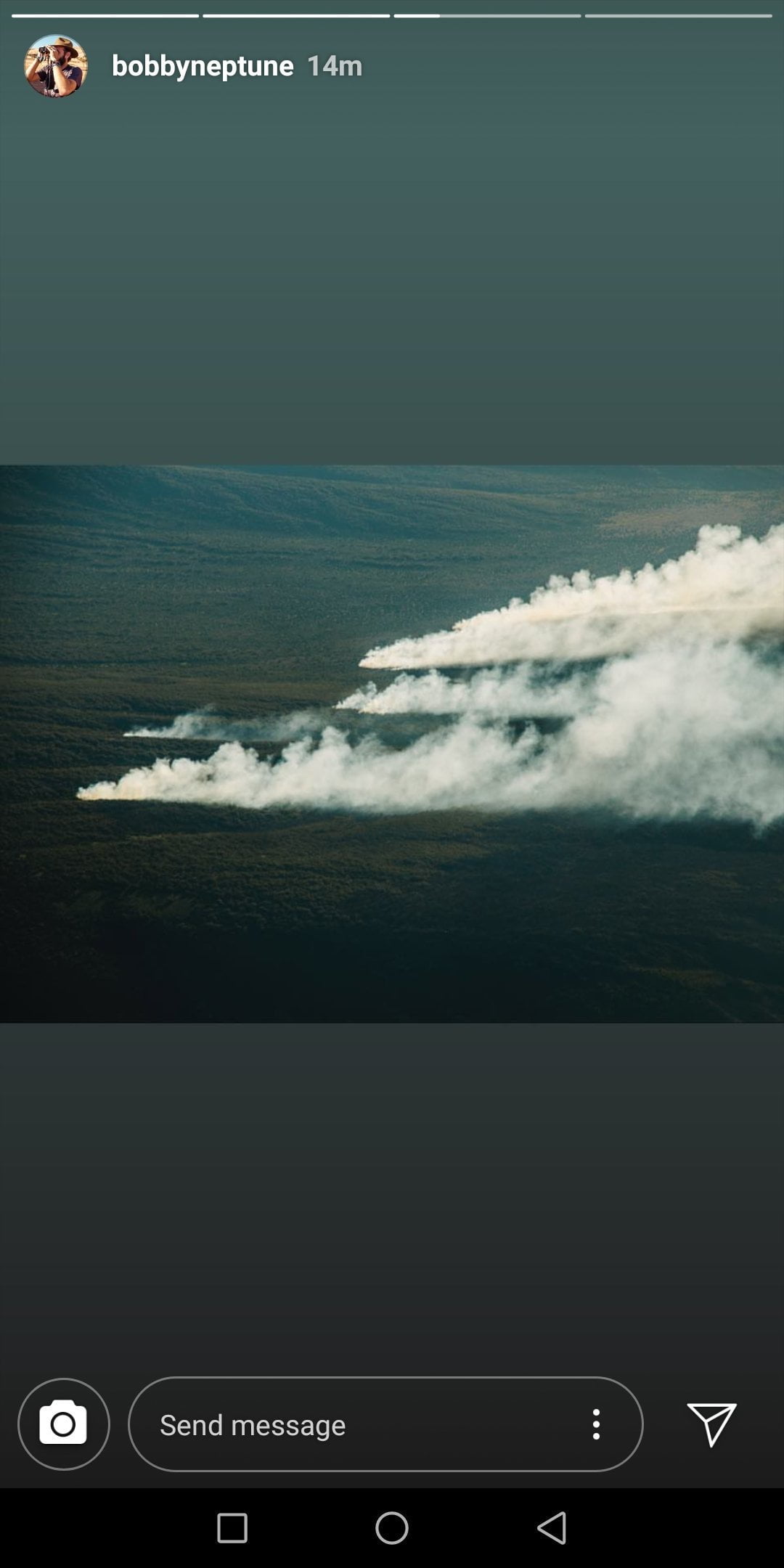 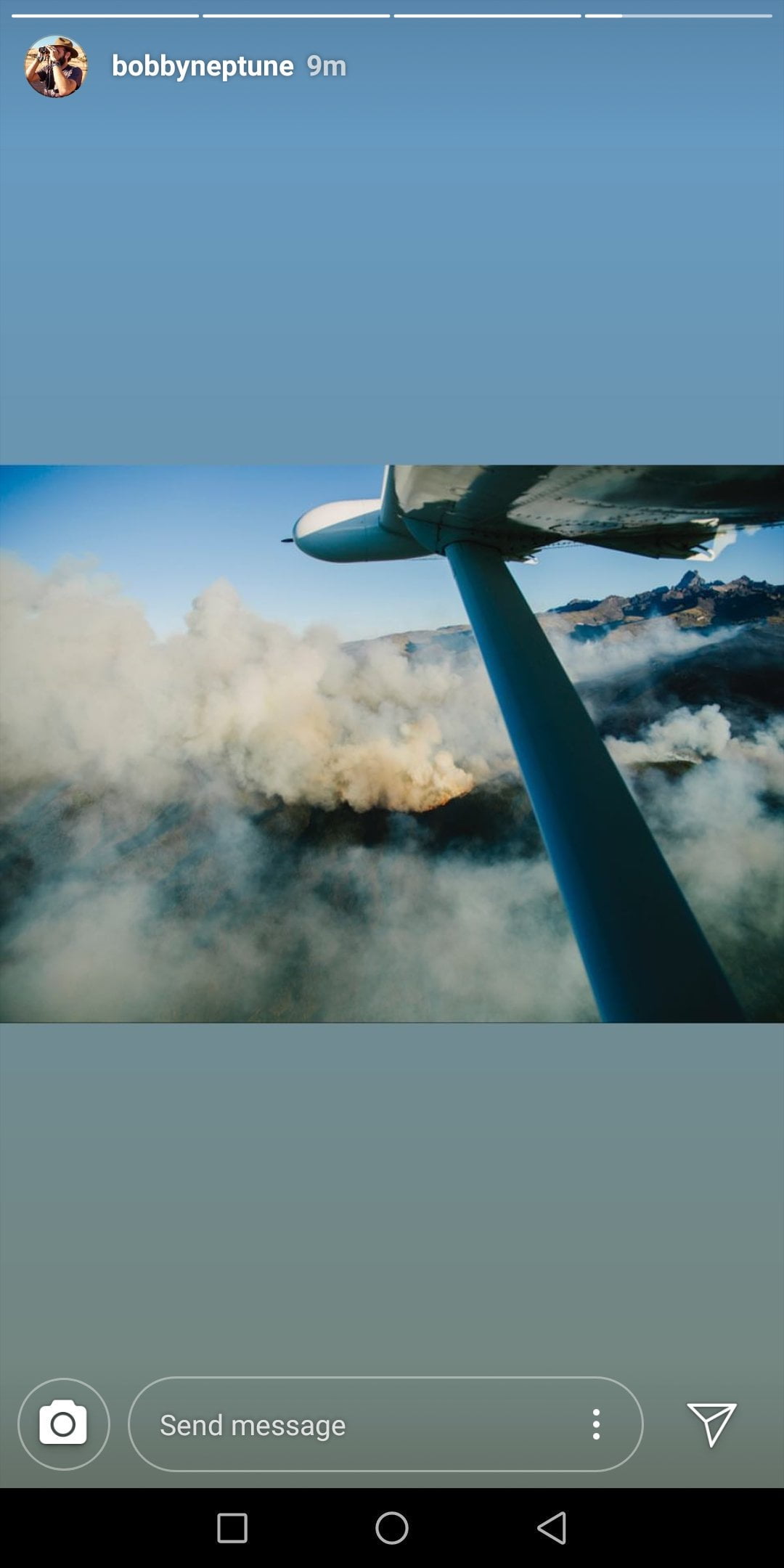 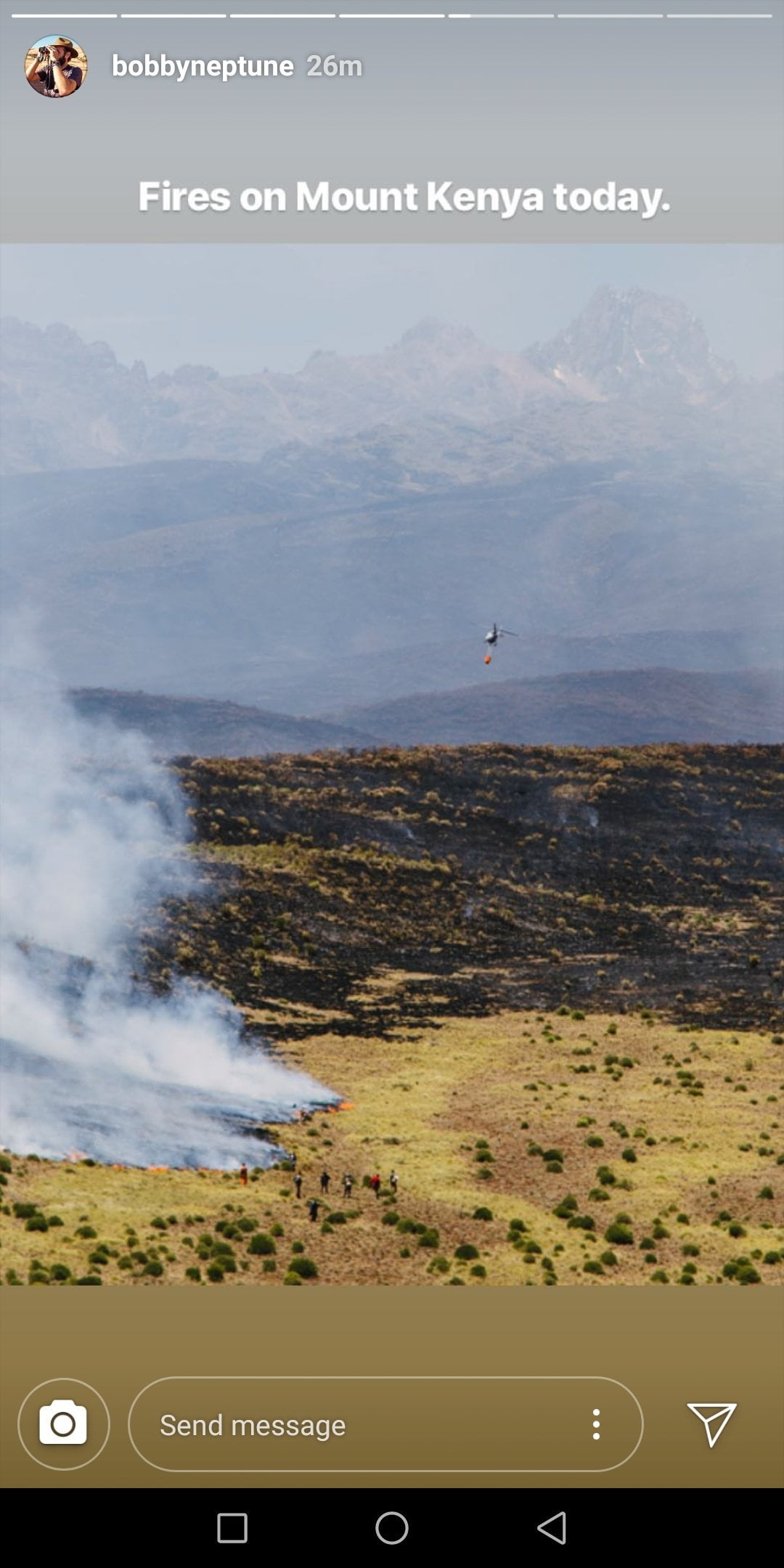 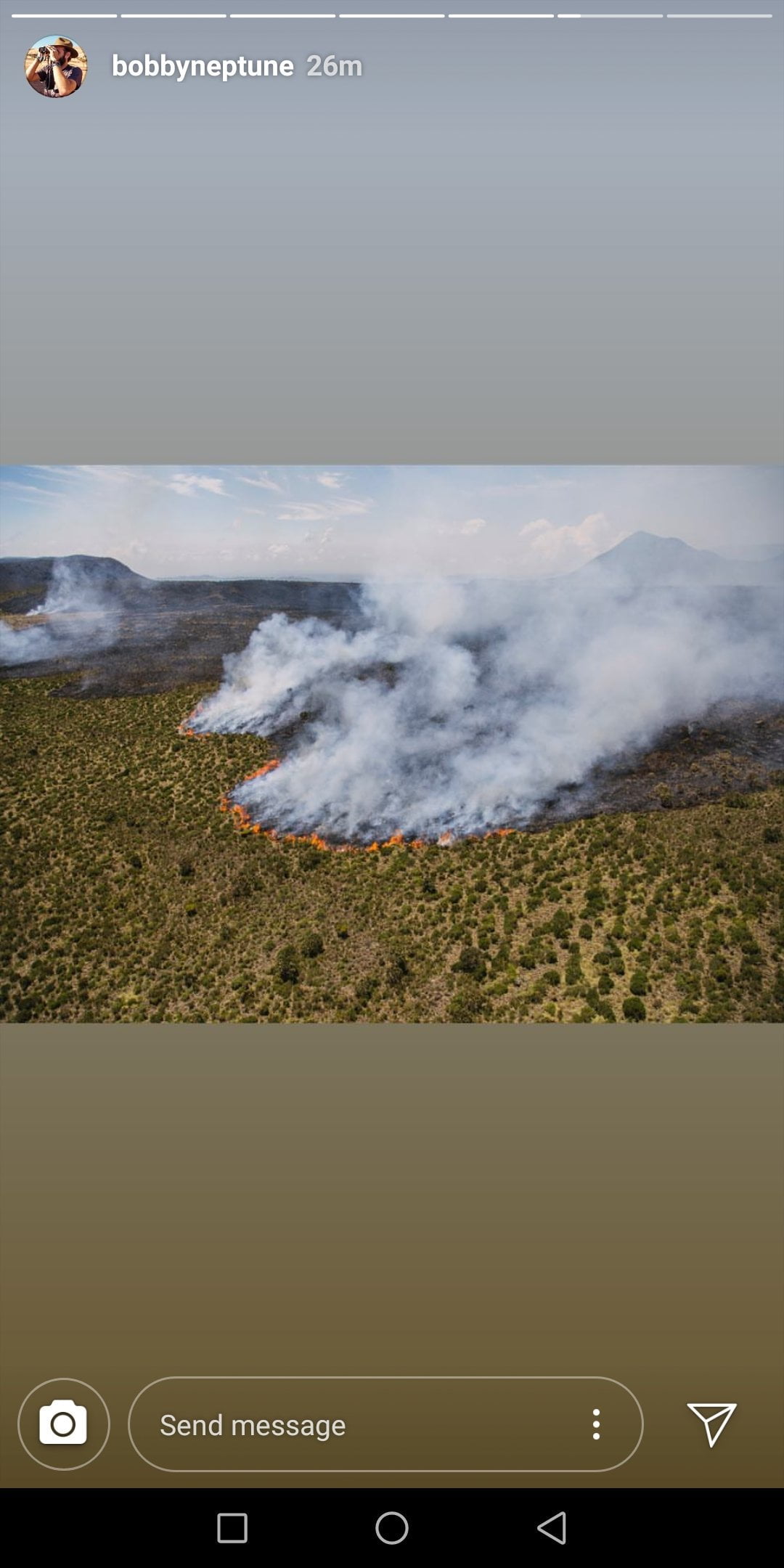 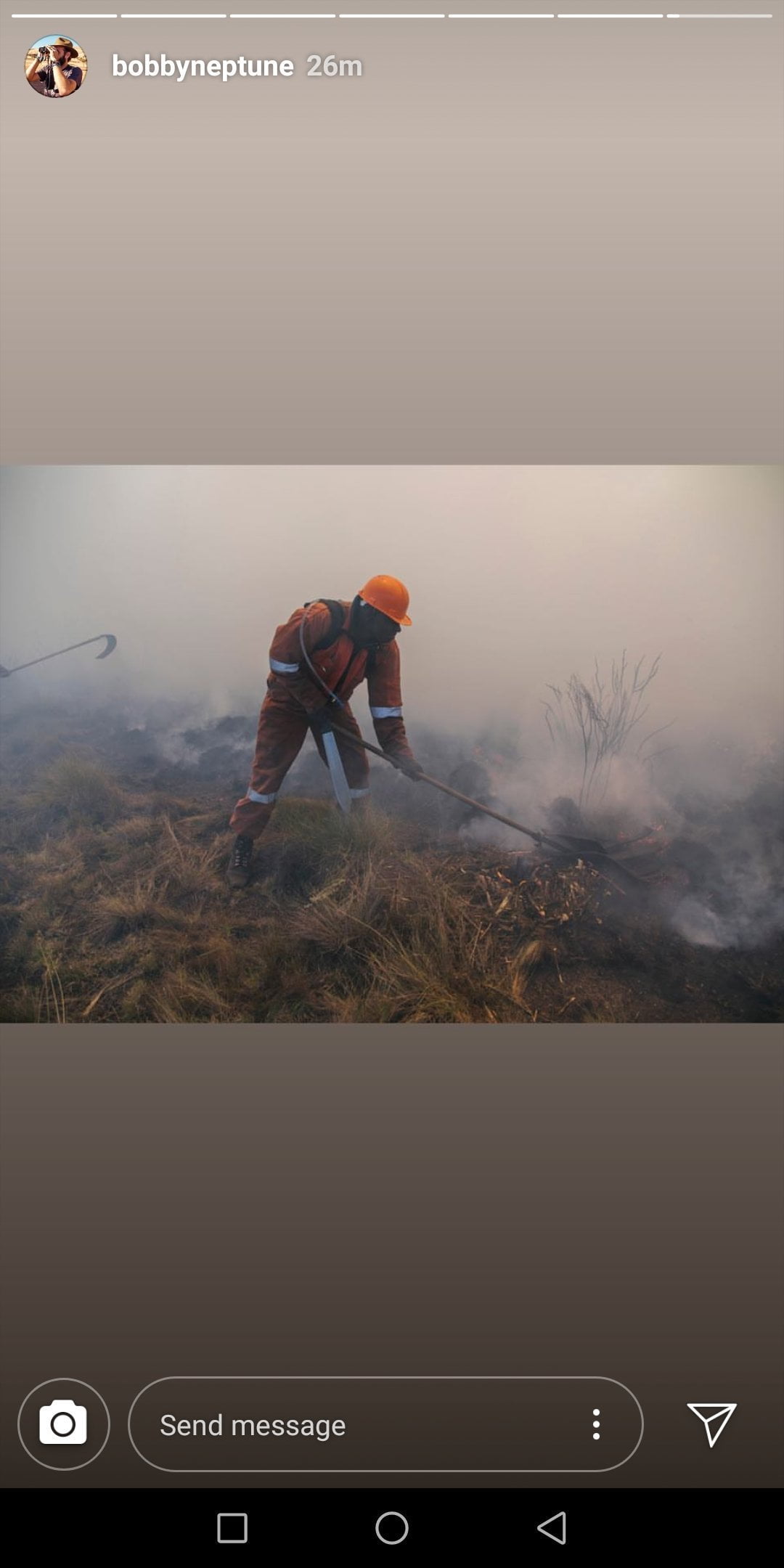