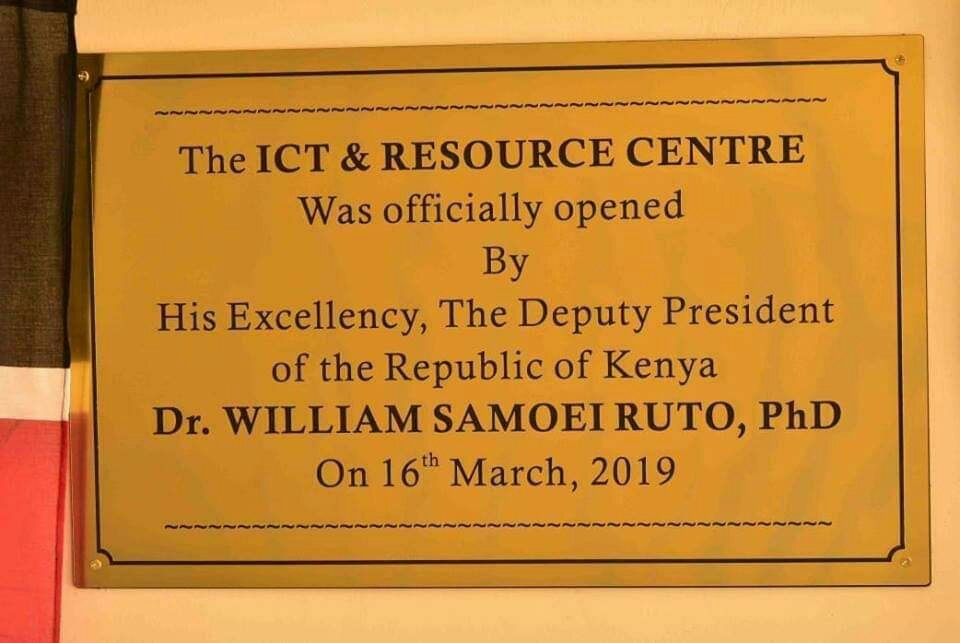 Saturday, the Deputy president was in Elgeyo Marakwet County where he launched an ICT and Resource Centre for Sambirir Girls Secondary School in Kapsowar.

Pictures of the ICT Centre hit the social media and Kenyans on Twitter ad Facebook couldn’t hold back their anger.

One of the pictures shows Ruto standing next to two old computers, one without a keyboard. 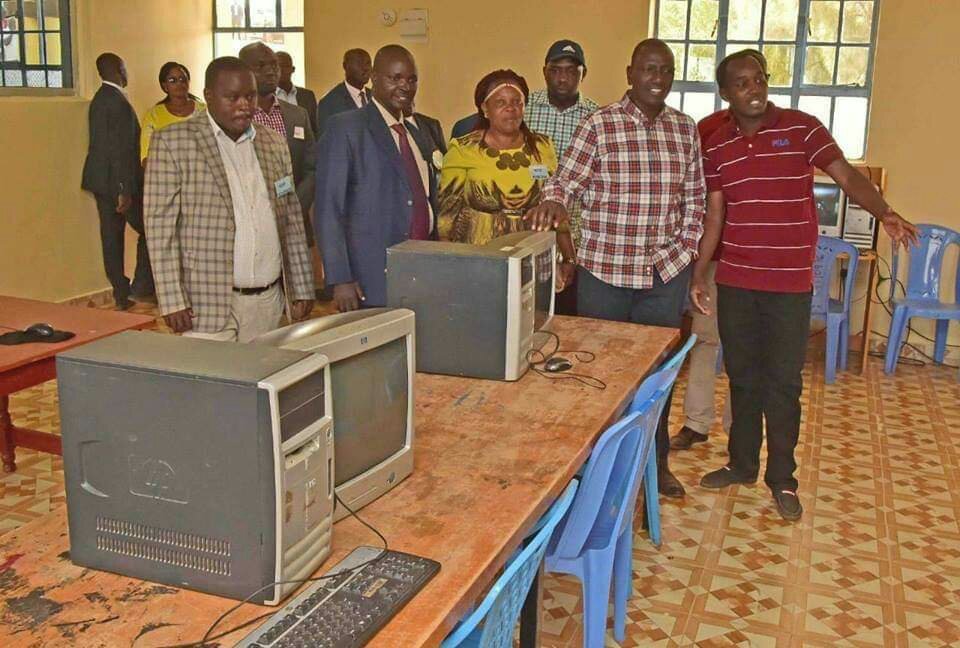 CAPTION: Old computers one without a Keyboard

It was not even clear the machines work.

‘ICT – Information, Communication, and Technology, helps in optimising, improving the student learning experience and when integrated into the curriculum equips learners with cutting-edge skills, which we require to accomplish the Big Four’, the DP said.

Ruto was accompanied by the Elgeyo Marakwet Senator Kipchumba Murkomen.

Below are some of the reactions and photos.

A Modern School Computer Lab compared with what was launched in my County today ….. My people are given computers that are obsolete & expected to compete with the rest of the World! Am asking my Governor Tolgos to return the computers to the Donor. We maybe poor but not stupid. pic.twitter.com/O5X97paypd

Unbelievable. You can't make this stuff up. The last time I used such a monitor was in 1996. Is that the kind of facility WSR can commission? It looks like a cyber café in an eastlands backstreet. Just when I thought I'd seen it all, then this site happened. WSR? You've lost it.

I can bet you these Stone Age computers that should be in a museum were donated for free, they take over 20minutes to boot, have no installed softwares.

There is a 99% chance someone will add a “purchase of computers” item and steal sh500milliom #FaillingGOK pic.twitter.com/l8gufdIeGp 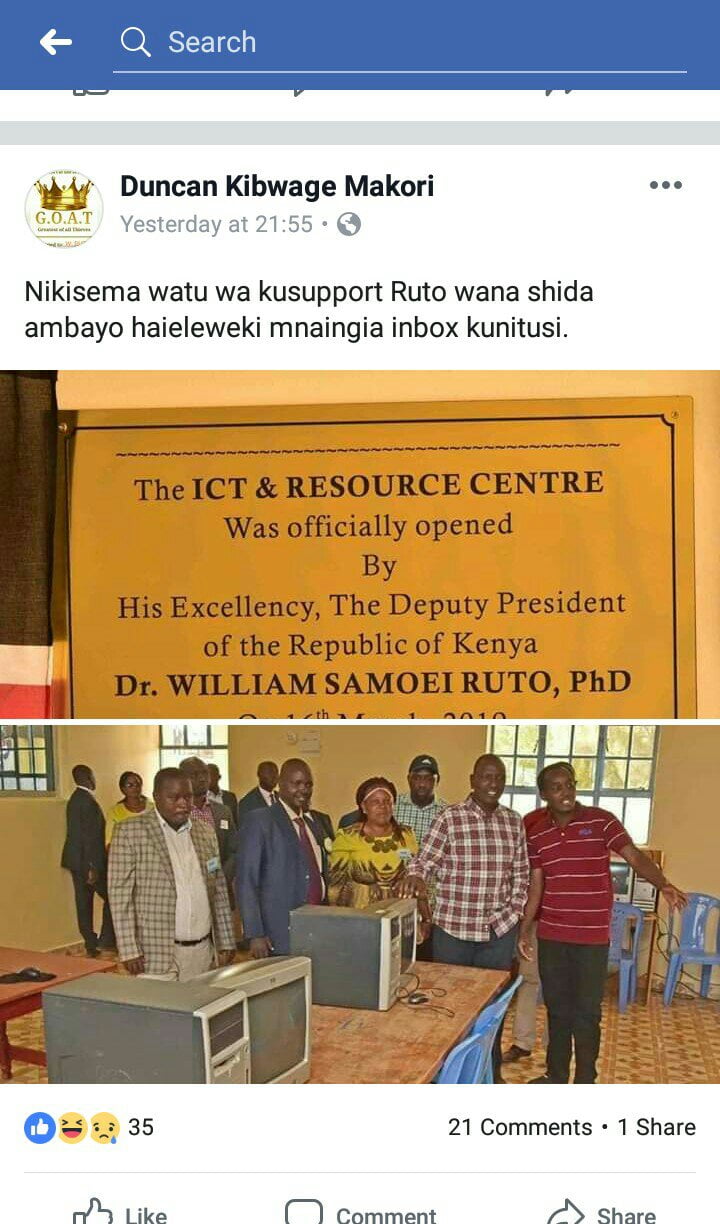 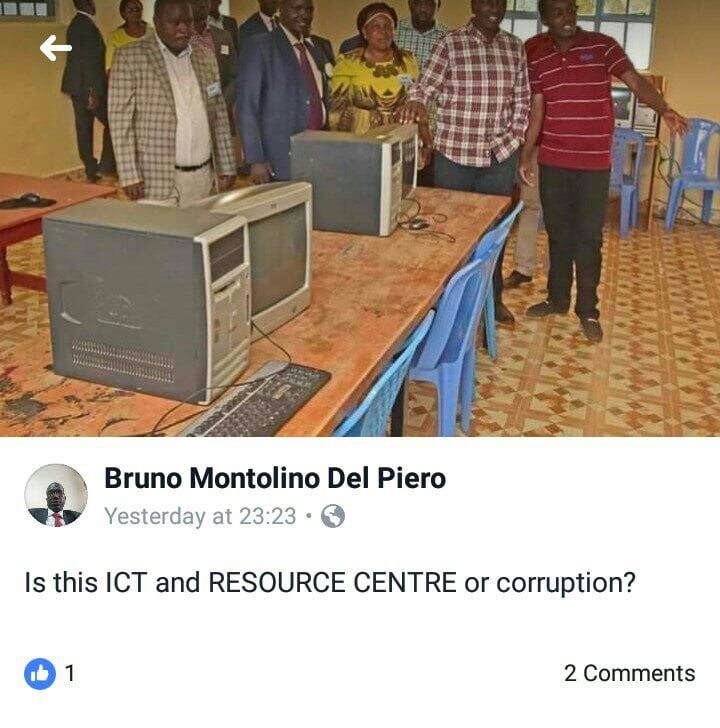 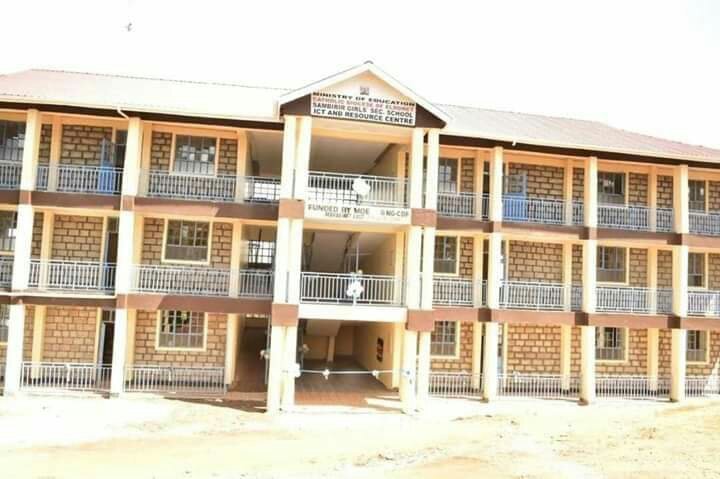