The residents of Valley View Park in Mlolongo, Machakos county are drinking raw sewage after water from their taps mixed with raw sewage.

Residents in the area have been without water for a couple of weeks. When the water returned, it was mixed with raw sewage.

A resident who spoke to cnyakundi.com on condition of anonymity sent us the below photo. 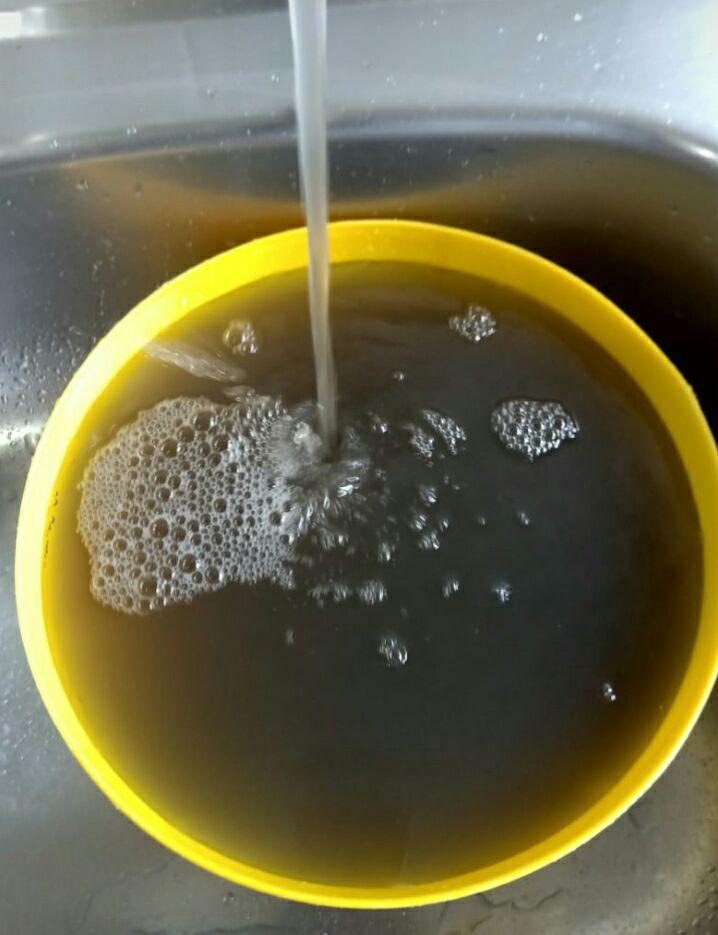 Cases of water scarcity and contamination are rampant in the area. This is not the first time.

The Case of Erdemann Property Limited

Machakos Governor Dr. Afred Mutua only engages in taking money from Chinese contractors disregarding the plight of the many residents to repair water pipes.

Another case is that of Edermann Property Limited, a multi-billion low-cost estate with slum-like conditions.

Erdemann Property Limited built a vast ugly concrete jungle in Athi River along Mombasa road to attract Nairobi residents who seek to buy and live in their houses.

The place is full of concrete and mortar. No gardens exists despite the name gardens in the title of the estate.

The other major disturbing issue is the lack of water for those who have bought apartments that boast of being affordable.

How affordable is a Ksh5 Million apartment that one is sharing with countless others?

The Chinaman Zeyun Yang, the MD of Erdemann Property Limited claims that the houses have enough water due to a borehole in the compound, but what residents have shared on social media speaks differently.

Billions of shillings have sunk into the so-called affordable yet water is nonexistent? How comes?

Instead of dealing with the issue of water, the company is diverting the residents attention by going to war with polluter-in-chief London Distillers Limited (LDK), the spirits and alcohol manufacturer.

They use LDK as a scape goat for all the ills that the residents are facing at GreatWall Gardens estate.

Water is an expensive commodity at GreatWall Gardens. Some residents pay over 18k for water per month.

Here are some posts by the residents pointing to the issue of water at the GreatWall Gardens.

Water from a tap in Greatwall gardens athi river pic.twitter.com/Q7u3LM2MPB

In this article:Valley View Park