This morning, police in Meru have confirmed that they have impounded rogue matatu KBU 254G whose crew was caught on camera forcefully throwing out a mother and her child out of the vehicle after she protested their decision to carry excess passengers.

NTSA had on Sunday issued a statement where they directed the car’s sacco to present the driver and conductor at their Meru offices.

“The Authority wishes to inform the public that the sacco officials have been directed to present the crew members to the NTSA office in Meru County on Monday 11th March, 2019 at 9am.”, read the statement in part.

This morning, Meru Shuttle Limited presented the vehicle at Meru Police Station but claimed the driver and conductor had gone into hiding.

A search to find the two men is now ongoing. 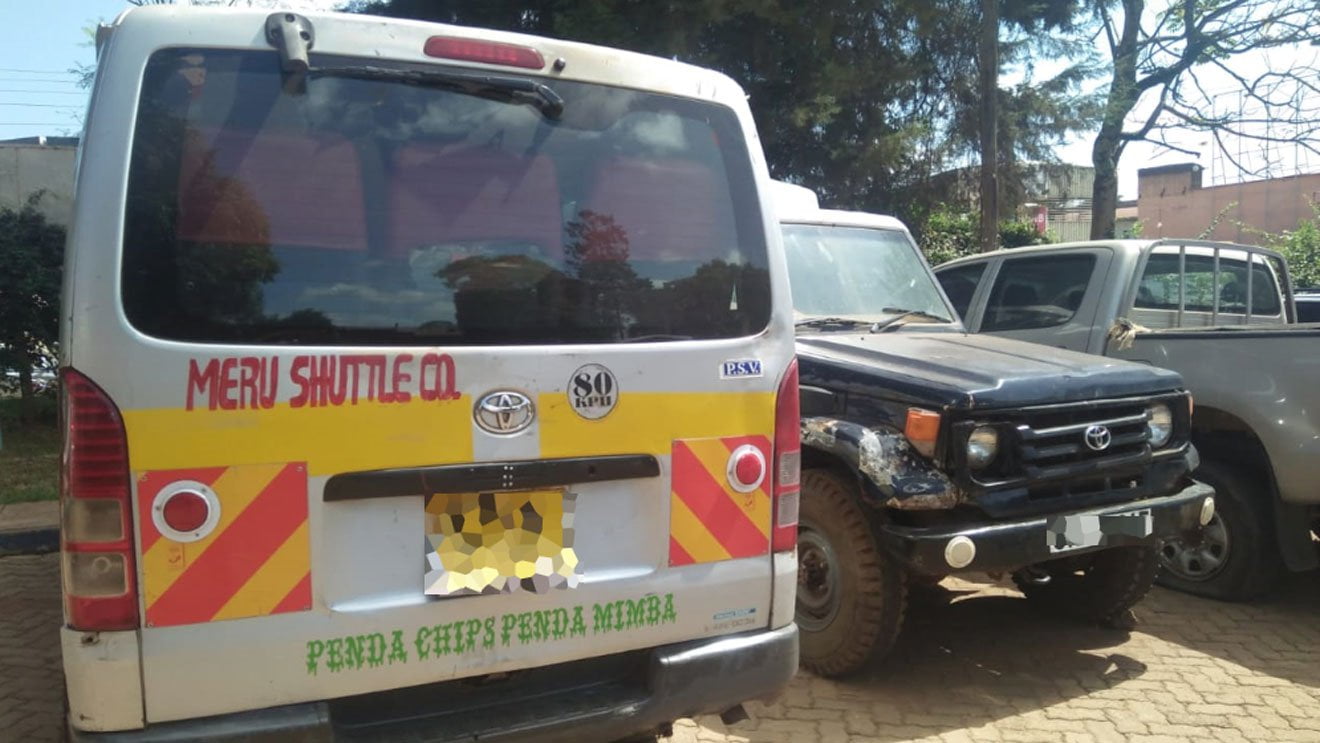 CAPTION: The matatu at the Meru Police Station