This morning, the office of the Ethiopian Prime Minister has announced that an Ethiopian Airlines Boeing 737 on a regular scheduled flight to Nairobi has crashed and an unknown number of people have lost their lives.

Details later revealed that the Ethiopian Airlines flight #ET302 dropped from the radar 6 minutes after departure from Addis Ababa and that it had 149 passengers and 8 crew members on board during the crash. 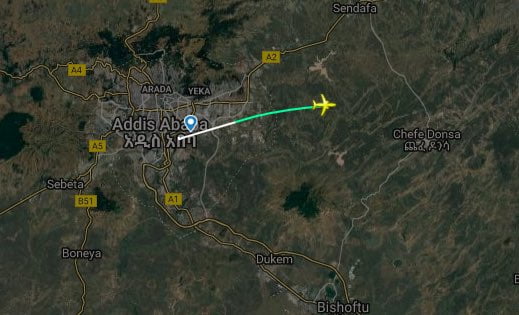 The Ethiopian Airlines have now just released an official press statement in which they have indicated that rescue operations following the crash are now underway. 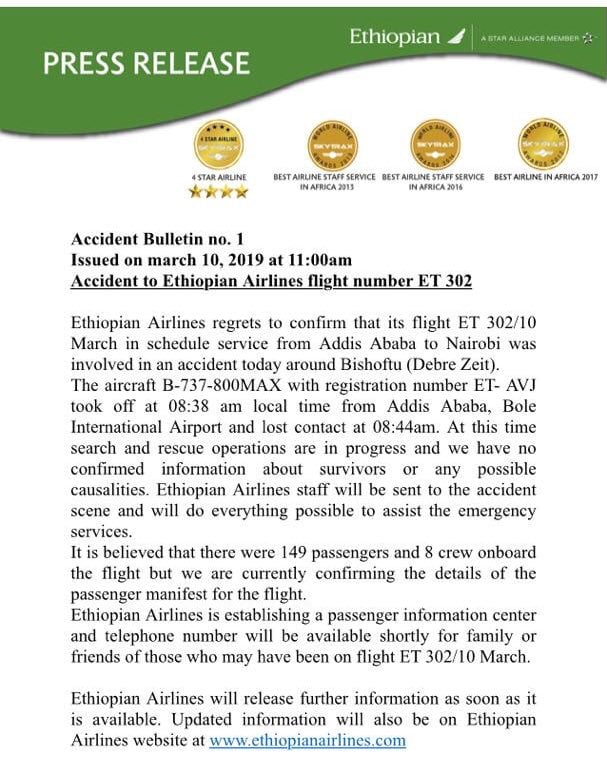