Hi, I’m Patrick Ndung’u, a taxi driver. Today I have been embarrassed by Mr Aaron Ringera and his driver.

It was around 1pm at galleria mall, when Ringera’s car hit mine on the side.

One of the mall guards and I tried to talk to him, but he responded with expletives, then drove away, leaving me without any solution.

I reported the incident at Langata police station. They asked me to go there tomorrow to pick the report and OB number.

Below is the picture of his car that left after spoiling one side of my car. 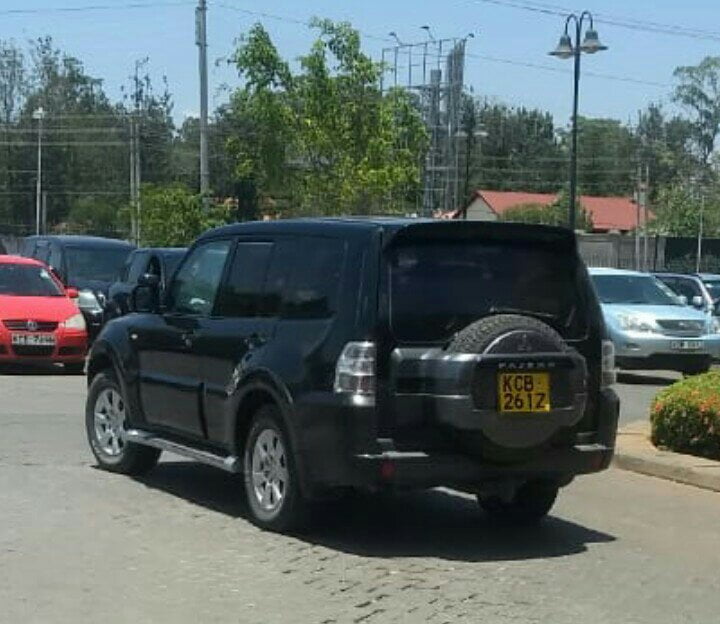 CAPTION: Ringera’s car involved in the hit and run accident.

I took the photo while they were running away. Please help me.

Thanks. I will appreciate.