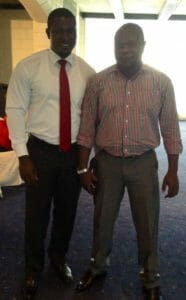 The continued rebuttals to Rt. Hon. Raila Odinga’s statements on matters of national importance by the so called ‘Senior Directors’ of the Presidential Strategic Communication Unit (PSCU) is becoming irritating and lacks substance.
I have lots of respect for the PSCU Senior Directors, most of whom I have known for years, interacted with at personal level and even shared a coffee table with. They are doing a very good job to keep the presidency known to the public even when they are doing has got no meaningful value to the common mwananchi.
I know, one would get over-excited working at State House or the Presidential Palace as is referred to in other jurisdictions. They would do everything to be seen and noticed. Some would even go beyond their mandate to try and outshine those mandated to do what they purport to do in the name of cleaning the boss’s name.
I understand, it is everyone’s wish to work in State House, but again being close to the president is another thing, perhaps an elephant. So what one will do, is to try and do extraordinary things that will invite the attention of the boss. This is exactly what the PSCU Senior Directors are doing.
I am inspired by the thoughts of the great writer philosopher Niccolo Machiavelli in his book ‘The Prince’ where he says, “There is no other way to guard yourself against flattery than by making men understand that telling you the truth will not offend you”.

I want to start by telling my colleagues running around with big titles (PSCU Senior Directors) that Kenya is much bigger than the Presidency. Yes, you can be around the President or the King and use your position to bossy around and disparage other people whose status is society is 99% bigger than yours, but the day of coming down the ladder, no one will there to hold you.
The PSCU Senior Directors are Civil Servants seconded to work at State House and the Presidency. They are guided by the basic tenets of civility. They have to be civil in all they do. They are not politicians. The problem with Jubilee Administration is that they do not know how to differentiate between politics and public service. The chain of command in the Civil Service has been disorganized and dismantled with the ‘wannabe’ civil servants working round the clock to upstage career civil servants.
Honestly, the Presidency has been turned into a market place.
I was astonished to learn from a career civil servant, holding a senior position in one of the top ministries in the country that the so-called experts hired in ministries and the presidency are so powerful than even their bosses. That a Cabinet Secretary no longer has an ear for a Principal Secretary who is the accounting officer in the ministry. He went ahead to confide in me how the Senior Directors in the PSCU have a bigger say and are the most listened to lot by Cabinet Secretaries in town today.
This is not good at all. Niccolo Machiavelli goes ahead to say in his book ‘The Prince’, “the first method of estimating the intelligence of a rule is to look at the men he has around him” The President of the Republic of Kenya Mr. Uhuru Kenyatta is surrounded by ‘reactive’ men and women and not a people who can offer objective advice and opinion to the King. In short, the ruler is naked and the people around him only want him to wear underwear and vest only. They are incapable of dressing him up fully to look neat.
The PSCU Senior Directors have no time to understand the gravity of issues raised by the opposition. They have instead usurped the responsibility of Messrs Aden Duale, Kipchumba Murkomen, Kimani Ichung’wa, Kanini Kega and Prof. Kithure Kindiki et’al who are supposed to react to political statements and remarks.
Instead of selling the policies of the government and advancing the ideologies and the performance of the presidency, they have employed the unorthodox way of issuing rebuttals and retort to anything politicians say about the government. During the days of Lee Njiru, he of the Presidential Press Service, political pronouncements were a reserve of politicians. The work of the PPS was to speak about the president and make sure all news bulletins were dominated by the president’s stories. The PSCU is in competition with politicians. Infact, their deeds both spoken and verbal confirm Kenyans worst fears that this is a failed regime.
The Jubilee regime has refused to tell Kenyans what happened to their 2013 election campaign promises which have never been implemented. Instead, they keep making fresh promises and make Kenyans look like fools. The Kenya of today is not the Kenya of yesteryears. Kenyans have come of age.
Kenyans are not dupes. They are thirsting for good governance and service delivery and not empty rhetoric by the men and women around the president. 2017 is coming.
The writer is the Director of Communications – ODM
Twitter: @Etalephilip