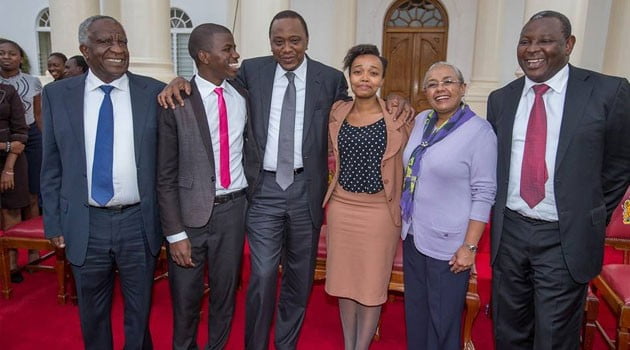 CAPTION: Peter Munga (far left) has been declared Bankrupt by the High Court, but journalists have been bribed to kill the story.

Julie Gichuru, the glorified light-skin bitch who used Citizen TV to sanitise old men who have used unscrupulous means to acquire wealth, might be surprised to know that one such character who featured prominently in her garbage show, is about to be declared Bankrupt.

But we have long contended that all these celebrity directors and CEO’s use media to mask their impropriety and intimidate other lenders into working with them, through subliminal messaging and conditioning.

For instance, Julius Kipngetich is always bribing business journalists in Capital FM to portray him as some sort of genius. Yesterday he lied to the public that Uchumi has secured a strategic investor who is pumping in Kshs. 3.5 Billion, yet the company is unable to pay it’s workers and suppliers.

Kiprono Kittony, the chairman of the Kenya National Chamber of Commerce tried to grab a parcel of land along Mombasa Road yet he’s a mainstay in the media pages, with his fake British accent intimidating rural-bred journalists. Not to mention the promiscuous octogenarian Chris Kirubi who plundered Uchumi and used the proceeds from that heist to acquire Bendor Coffee Estate in Muranga County from the late George Mwicigi. 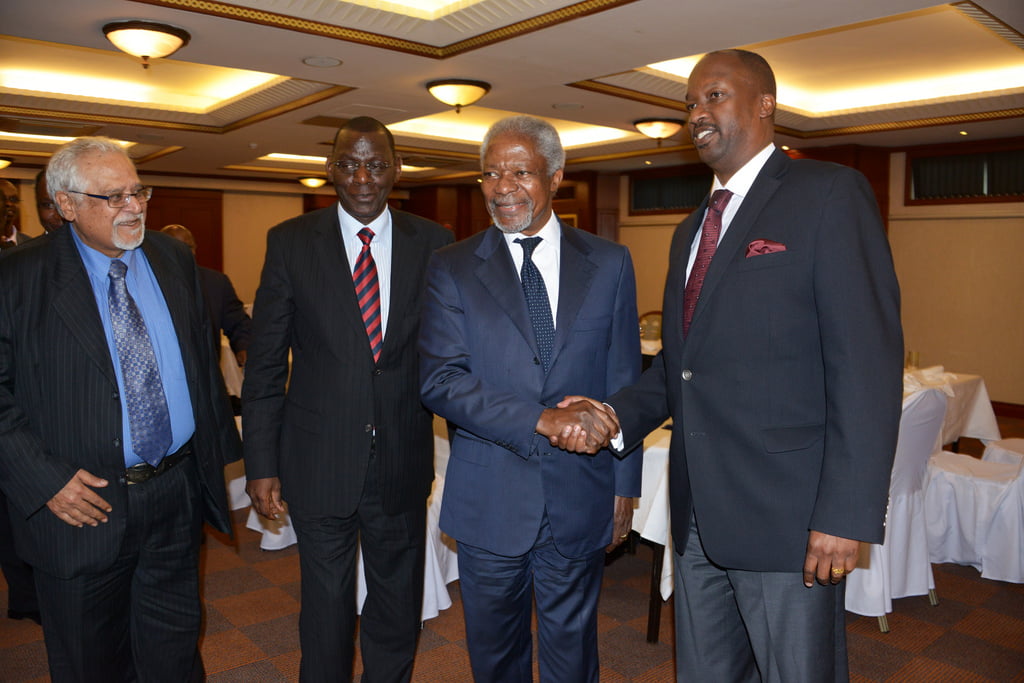 CAPTION: Kiprono Kittony is part of the celebrity CEO’s who use their fake British accents to intimidate rural-bred journalists into writing favorable editorials.

The thieves are feeling the heat and for instance, at Muthaiga Golf Club, no members wish to play golf with either Jonathan Ciano or Amos Kimunya because these are tainted characters. Chris Kirubi tries to stay relevant by attending events with young people because they want jobs.

In a case filed by Africa Seed Investment Fund through Lawyer Vincent Kahura, the Debtor (Peter Munga) was obliged to pay the admitted amount but had failed to do so and that in such circumstances the statutory demand could not be set aside.

The Creditor, a company incorporated in accordance with the laws of Mauritius, in or about December 2012 loaned to the Borrower (company associated with Peter Munga) an amount of US$ 590,000 (or Kshs. 59 Million equivalent). Repayment of the loan amount together with interest and other charges was secured by an all-asset debenture issued in favour of the Creditor by the Borrower for the same amount. Additionally, the Debtor (Peter Munga) together with his co-directors also guaranteed the repayment in writing. The Borrower however defaulted and in June 2016 the Creditor issued a statutory demand to the Borrower, to no avail. Then, on 9 September 2016, the Creditor in the genuine belief that the Debtor was truly and justly indebted to it forwarded to the Deputy Registrar a statutory demand for sealing.

The demand urged the Debtor (Peter Munga) to pay the amount of US$ 664,569 (or Kshs. 66.4 Million) within 21 days of the date of service or face the consequence of a bankruptcy petition. The demand was not heeded.

In his ruling dated 12th May 2017, High Court Judge Justice J.L. Onguto noted that It was clear that the demand served upon the Debtor (Peter Munga) was based upon a guarantee executed and binding on the Debtor. The Creditor (African Seed Investment Fund) was entitled to demand the amount once the Borrower defaulted. The Debtor (Peter Munga) has not shown any substantial grounds for disputing the debt. By contrast, the Creditor (African Seed Investment Fund) has shown that the debt was clearly owed. As a secured creditor with multiple remedies, the Creditor was entitled to elect which to enforce, at what time, in what order and in the way it chose. It opted to call in the guarantee and no payment has been made.

This Peter Munga’s application to dismiss the case based on technicalities was dismissed, paving way for the Creditor to pursue bankruptcy.

What does this mean for Peter Munga?

It means that he is required by law to leave any executive role or positions he may hold in publicly-listed companies. This include (but are not limited to), Equity Bank where he is Chairman and Housing Finance Company of Kenya. This is supposed to be effected immediately, and bribed officials of Central Bank of Kenya and Capital Markets Authority should not block the process. Another old thief who has been blacklisted in the same manner is Jeremiah Kiereini, who embezzled CMC Motors.

Coincidentally, both Peter Munga and Jeremiah Kiereini’s sons died under mysterious circumstances. Is it money which they have stolen in their greed to ascend the social ladder, haunting them? 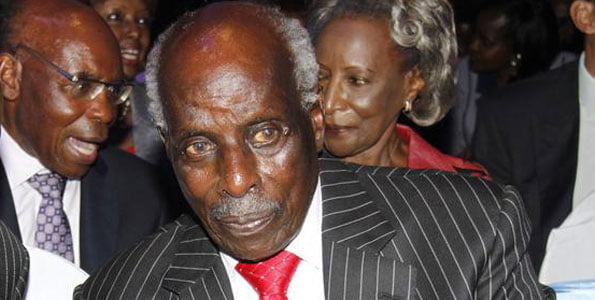 CAPTION: Jeremiah Kiereini the old Kikuyu thief has also been blacklisted from holding any executive role in a public company.

In essence this is a small representation of how bad the economy is doing, when you see successful businessmen like Peter Munga being unable to service debts. Only companies associated with the President’s family are doing well, unlike the Kibaki years of prosperity where growth was spread across regions and sectors.

But even with this glaring turn of events, Kikuyu’s are still blinded as to just how Uhuru has been bad to their economy. The few ones doing well are using fear and tribal-messaging to condition the rest into thinking that Uhuru represents their interests.