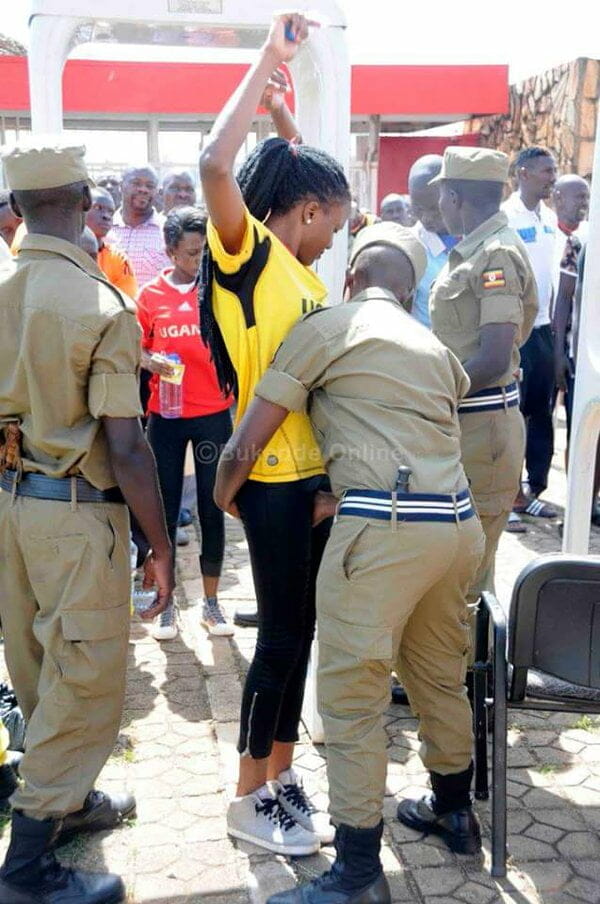 Typical like the bullying dictator and most corrupt President in Africa’s history, Uganda Police were having the time of their life sexually harassing female fans attending a football match at Mandela Stadium in Nambole.

It was not only painful but disheartening to receive these photos of police-perverts indecently frisking innocent ladies who clearly had not weapons underneath their tight clothings.

Such scenes further disgrace the mediocre Yoweri Museveni, who has unleashed a wave of violence against his own people to subdue them into submission. It is equally disgusting that Uganda has a First Lady that condones this rubbish. 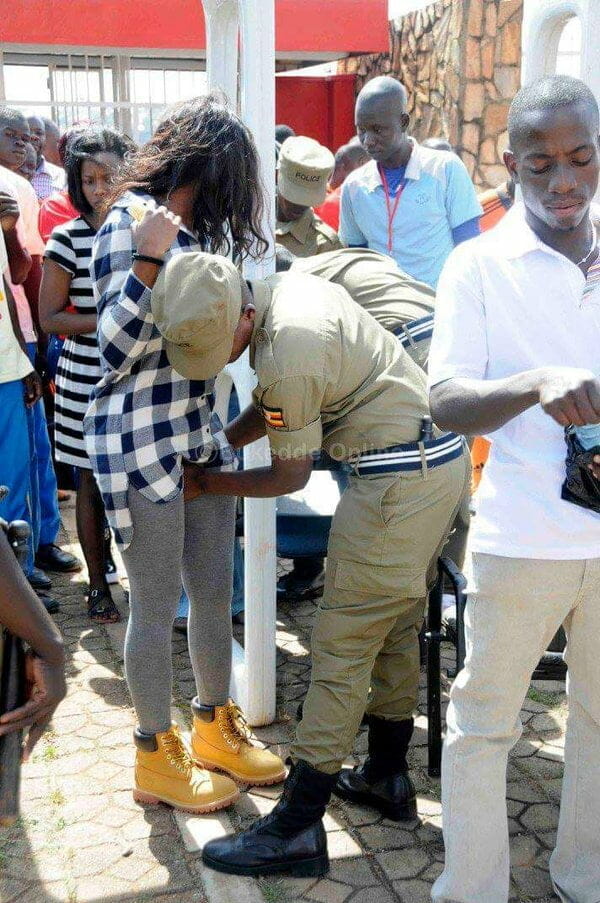 We now ask President Uhuru Kenyatta to cease henceforth any interactions with Yoweri Museveni as he engaged Kenya and Tanzania in mind-games over who will host Uganda’s oil pipeline. Despite the greed by Petroleum PS Andrew Kamau Nganga to introduce Glencore as the financier of the project, we the people of Kenya don’t wish to transact with this neanderthal of a man called Museveni.

We know former St. Mary’s classmate of Uhuru is desperate to have his former employer Glencore oversee the Uganda pipeline project, but Kenya doesn’t need money from a President who let’s his policement disrespect women.

Kenyans love Ugandan people, and we abhor what the Uganda Police continues to do their people. They sexually harass women, and also detain opposition leader Kiiza Besigye. Disgusting behaviour by Yoweri Museveni.

This nonsense has to come to an end Ugandans! You have to reclaim your country from such moronic leaders like Museveni. In Kenya, such police officers would be suspended by now. Wasn’t it easier to have female officers frisk female fans?