It’s with great disgust that the editor of this site highlights the abhorrent violations of one pervert known as Parmain ole Narikae who currently serves as the Managing Director of Kenya Industrial Estates (KIE) Government parastatal as shown on his profile on link http://www.kie.co.ke/index.php/management/managing-director

In a court suit filed by one MRM who works as KIE Human Resources Manager (find court case file on link http://kenyalaw.org/caselaw/cases/view/200004/ )Pervert Permain as the second respondent in the case attempted to coerce MRM into granting him sexual favours and also join him in his criminal activities of irregularly forging and/or editing of staff disciplinary minutes, irregular recruitment of staff and corruption. When MRM declined to engage in the heinous acts, pervert Parmain tried to have her sacked without due notice contrary to formal HR disciplinary procedures as stipulated by the law in Articles 41, 47 and 50 of the Constitution of Kenya, 2010.

From the court filing in the link above, MRM alleges

1)The 2nd Respondent (ie KIE Managing Director pervert Parmain Narikae) commenced the disciplinary action against the Applicant without any formal complaint being filed against the Applicant contrary to the mandatory provisions of the Grievance Handling Procedure as set out at Clause 12.2 of the 1st Respondent’s Human Resource Manual.

2) The 2nd Respondent initiated the instant disciplinary proceedings against the Applicant following her refusal to have a sexual relationship with him to coerce, intimidate and persecute her for declining to grant him sexual favours.

3) The 2nd Respondent initiated the instant disciplinary proceedings against the Applicant with ill intention since she had further declined to join him in his criminal activities of irregularly forging and/or editing of staff disciplinary minutes, irregular recruitment of staff and corruption.

4) The Disciplinary proceedings are intended to unlawfully and irregularly dismiss the Applicant from her employment with the 1st Respondent.

Luckily the court acted fairly and saw through the shenanigans of pervert Parmain and the judiciary interdicted and halted dubious sacking procedures and ordered that MRM continue with her employment. The court ruling showed on court case link above states as below

This Court is thus able to interfere with the flawed disciplinary process instituted against the Claimant and put it on the right cause.

In the circumstances, I find the application by the Claimant has merit. I allow the application and direct that the Claimant should submit to a fresh, legal disciplinary process if the Respondent so wish. Due process should accordingly be followed. The process already in place and all consequences from the flawed process are declared null and void.

In the interim, the Claimant will continue serving in her employment until due process is effected against her or unless her employment is terminated for any other lawful cause.

Four Years Down The Line: Tracking Down The People Who Felled Chase Bank

It’s no surprise that pervert Parmain operated in this despicable manner. It should be noted pervert Parmain Narikae worked as Director of External and Regulatory Affairs at Chase Bank before its collapse and considering his position at the collapsed lender it is obvious that he was aware of the illegal activities carried out by Chase Bank yet he was appointed as MD of KIE.

The irony of his appointment as MD of KIE while questions linger on his role in the Chase Bank fraud were highlighted in 2 business daily articles in links below. It is strange that both articles have been deleted from the business daily website and its highly likely that pervert Parmain had them expunged from the Business Daily site

Fortunately, alternative media sites copied both articles as below

Earlier in February this year, the editor of this site had also highlighted the perverted nature of Parmain on link https://www.cnyakundi.com/four-years-down-the-line-tracking-down-the-people-who-felled-chase-bank/ when describing the crooks that collapsed the criminal Chase Bank a few months before the legal suit by MRM that further evidenced pervert Parmain’s grotesque misdemeanour. 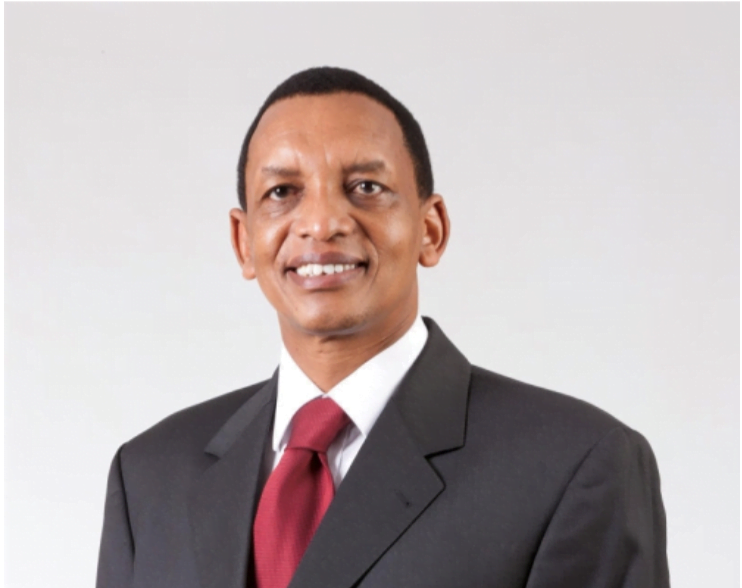 Pervert Permain had earlier been sacked as Head of Marketing at Co-operative Bank before joining Chase Bank and when Chase Bank went under, he manoeuvred himself to land a job as CEO in the government parastatal Kenya Industrial Estates (KIE) appointed by his buddy corrupt Industrialisation Secretary Adan Mohamed who once served as CEO of Barclays Bank and Peter Munya extended his tenure at KIE as highlighted in articles above.

What a filthy sexual predator and one wonder why such corrupt thieves and perverts are allowed to be at the helm of government institutions.