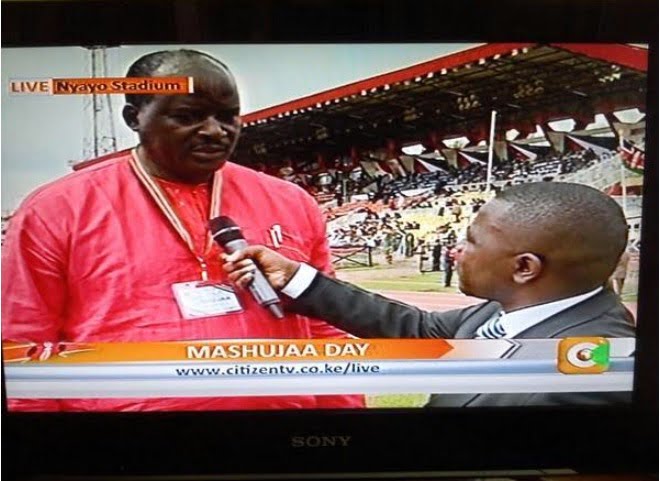 CAPTION: Paul Otula on an interview after bribing Citizen TV journalist Francis Gachuri for positive publicity. Citizen TV is famous for promoting crooks who bribe their journalists, in the way Mike Okinyi is on the payroll of FKF’s Nick Mwendwa.

A domesticated gibbon is reference for a human being, who still harbours ape-like thinking and reasoning, many currently found in the sports sectors in Kenya.

We recently exclusively revealed how FKF Chairman Nick Mwendwa, conspired with officials of Bidco Group, to turn a blind eye on two Nigerians who were in the country illegally, and who had been remanded at the Industrial Area Prison. The heartless moron Vimal Shah, let them rot in the prison for five months, only failing to pay Kshs. 700,000.00 as a fine, to facilitate their deportation.

But if it was one of those illegal Indians who works at Bidco that had been arrested, Vimal Shah would have quickly got them out. A racist bastard who has compromised the office of the Director of Immigration, to allow him to employ illegal immigrants because he knows nobody can take him anywhere. His company pollutes the air around Thika, because he has bribed National Environmental Management Agency (NEMA) to turn a blind eye on the fact that his firm doesn’t have exhaust pipes to release waste fumes. 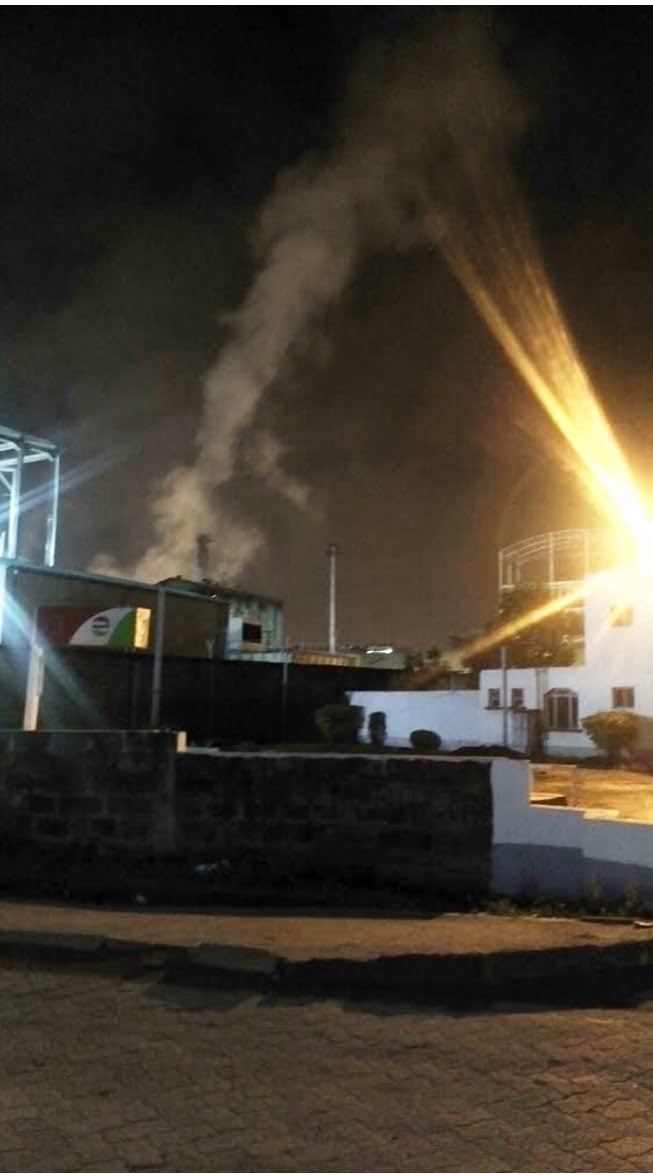 CAPTION: The Bidco plant in Thika that emits fumes with no exhaust outlet, polluting the air because Vimal Shah is Uhuru’s advisor on the economy and nobody can take him anywhere.

Reports reaching our newsdesk indicate that the two Nigerians were released on Saturday morning, after we ran the piece on Friday.

Paul Otula is an 8-4-4 proponent who also doubles up as a principal of Maseno High School. These are the stalwarts who took former President Moi’s mantra of “someni vijana, mwisho wa kusoma, mtapata kazi nzuri sana” to heart. These teachers forced students to cram their way into “passing” exams, and never at once focussed on their co-curricular attributes.

We are extremely impressed that Education Cabinet Secretary Fred Matiang’i ordered the arrest of greedy school-heads conducting tuition during the December holidays. More arrests should be conducted focusing on teachers who insist on night/morning preps. And those teachers who have made all student’s free-time to be consumed for the sole purpose of remedial classes, while studying redundant crap like the bogus 8-4-4 syllabus, which filled our brains with so much irrelevant crap (like head, thorax and abdomen of a bloody coackroach), shit that we don’t use today.

Any school principal that worked during the periods of 1989 to 2014 needs to be arrested for crimes against humanity, for helping entrench a rotten education system which created institutional-retards, stifled creativity, ridiculed exceptionalism, undermined co-curricular talent, and tainted an entire generation.

To hear that a school principal and an 8-4-4 proponent is running basketball in the country, to hear that a collection of mediocre 8-4-4 teachers are running the Kenya Secondary Schools Sports Association where corporates are flocking, is the reason why Kenya is doing badly in team sports. Only individual sports like athletics are giving Kenya the publicity it deserves, despite being a hotbed of talent.

A letter in our possession shows just how Paul Otula was bribed to undermine Hope Basketball team, and deny it crucial points. On Sunday 22nd May, a match was awarded to Baraka Extreme, despite complaints that the fixtures-secretary Joseph Amoko didn’t email the fixtures as is tradition.

It also appears that Mount Kenya University (MKU) who we have another big exposè on after a trove of emails was sent to us, bribed Paul Otula to undermine Hope Basketball Team, which is an inbred and now a self sponsored team from Kawangware. On 7th August 2016, both teams were present at the Venue Upper Hill School, and the match was abruptly called off by the same bastard Joseph Amoko for apparently not paying league fee’s.

The match was awarded in favour of MKU who had bribed Paul Otula to look for a technicality to dock Hope Team’s points. Because by the time of these theatrics, MKU had also not paid the league fee’s like many other teams.

People go out of their way to form teams, that keep youth engaged, while other domesticated-gibbons undermine their efforts, by fixing their matches for the sake of peanuts offered as bribes. Young people of Kenya, for how long should we allow the establishment to abuse and diminish the potential of industries that can create jobs?

Why should Paul Otula be allowed to continue being the head of Basketball, while his work is to solicit bribes and fix matches for teams that pay him? 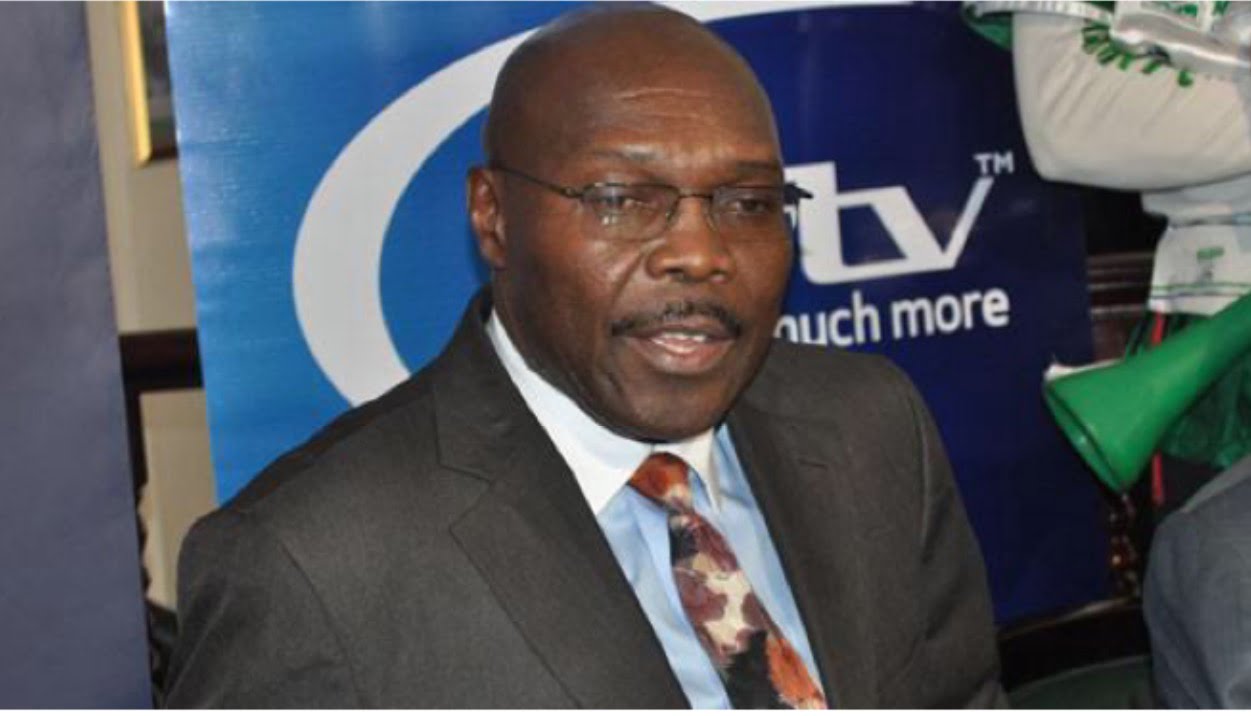 CAPTION: Gor Mahia chairman Ambrose Rachier uses his own Marshalls who charge entrance fee’s without receipts at Nyayo Stadium, and the money is taken direct to him.
Why should Gor Mahia chairman Ambrose Rachier, a thief beyond measure, continue undermining one of the most successful clubs in the country? We hear that he has his gate-marshalls who collect money from fans that isn’t banked, but is taken direct to him. 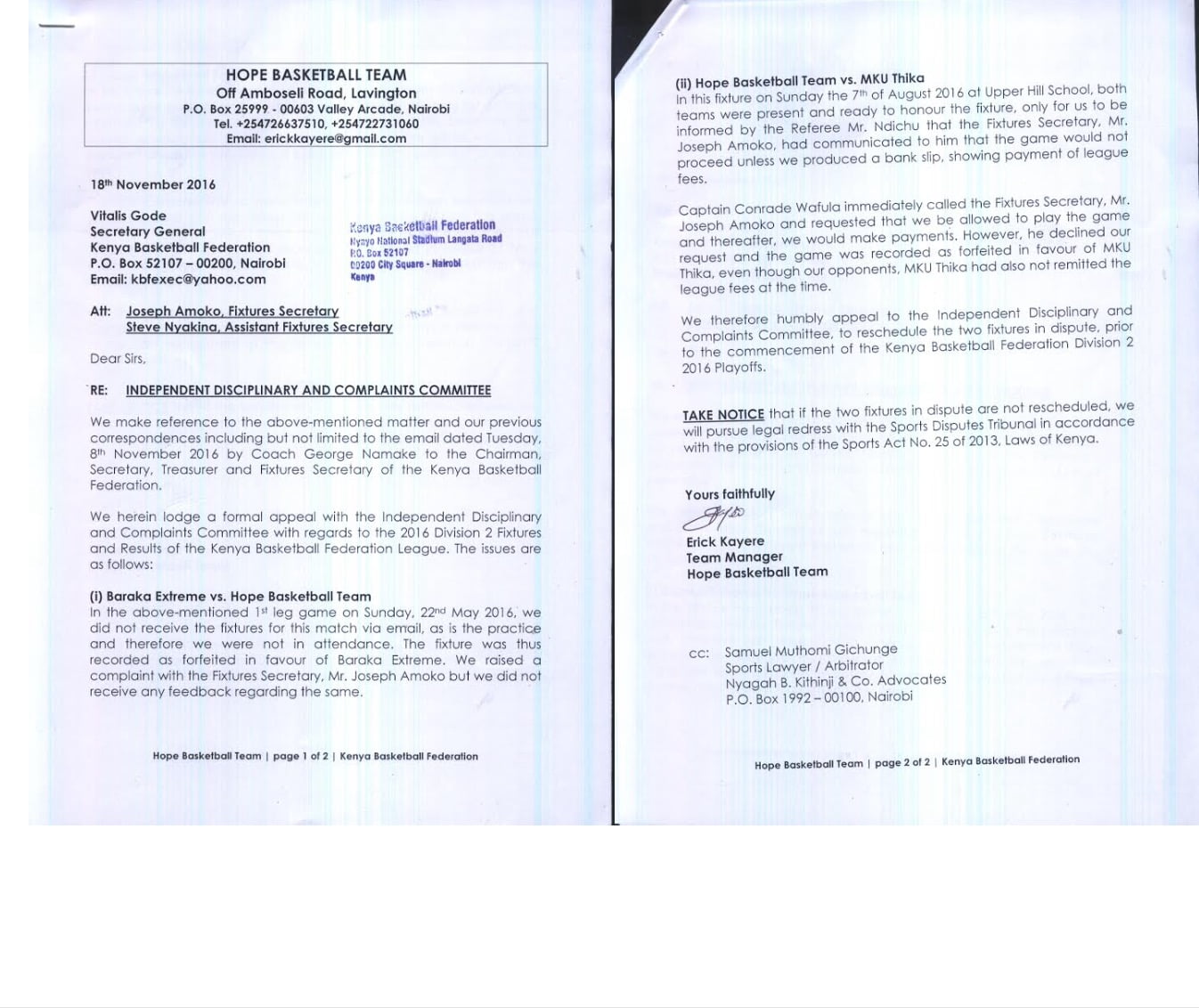