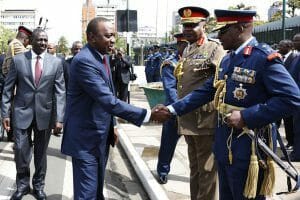 Paul Mwangi is a lawyer and Writer