Barely three months after being involved in an accident that Killed an innocent Woman, Pastor Nganga has again been involved in yet another crash ….This time carelessly  driving Car Reg No –  KBX 588N

Reports reaching Cnyakundi.com have confirmed that Pastor Nganga was speeding  then  hit a  matatu before trying to flee but was cornered by Some people  who blocked the road. This happened at Gitaru on the way to Eastern Bypass .

Pastor Nganga  has recorded a  statement at Kikuyu Police Station . People who I have spoken to have said that Nganga must be investigated .

” Is this man a qualified driver ? Is his driving license Valid ?  Does he drive when he is drunk ? I think something MUST be done ” Said a furious Kenyan .

Nobody was injured but the Matatu was damaged . Here are some photos from the Accident Scene and those of pastor Nganga at Kikuyu police station . 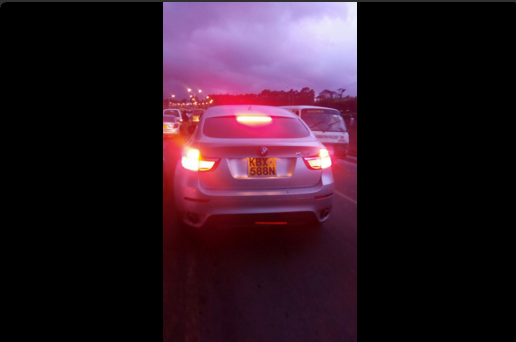