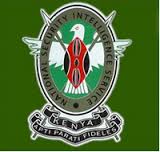 Kenyan Bloggers are becoming very powerful . In fact it is easy to get the Real story by reading Blogs . Why are Bloggers trusted as compared to the Kenyan Media .? The Kenyan media elites have interests to protect .  They cant expose  corporations that advertise with them ” You cant bite the hand that feeds you ” . Just ask anybody why one of East African Most Talented Cartoonist  Gado was fired from the daily nation .

Basically, the Kenyan media elites are friends with the oppressive regimes  and they have no problem with the Media. The Problem is Bloggers, you know Bloggers are ordinary people doing extraordinary things and that is why NIS feels that Kenyans should not know the real story hence setting aside Billions to hack Blogs and social media accounts of government critics.

Bloggers get many leaks critical to government and all information is Updated without Filtering hence the worry. As things unfold about the NIS saga, the Kenyan media remains silent and the silence is deafening . Has the Kenyan media been silenced ? They are  losing track .

The Kenyan Blogospehere is becoming powerful and a threat to corrupt people and oppressive regimes hence massive investments to silence and completely finish government critics .

Why did the NIS seek the help of Hacking team using poor Kenyans money ? That is a hard question …Yet nobody is willing to ask the hard question and demand for answers .

Well, My good friend( Who will remain unnamed ) tells me that the Kenyan media has many adolescents and such a hot story wont get their attention .

The leaks have tainted the image of NIS . We need answers …