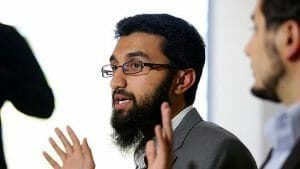 Just the other day I asked why Jihad is a religious obligation of all Muslims. I have also been going through local newspapers to see sense all to no avail after the Garissa Attack . Nobody has said Islam is bad, it is the ideology that raises questions. Various Muslim leaders have come out to lecture us – That Islam is a religion of peace that has been hijacked by a few elements . Why would a religion struggle to tell us that they are a religion of peace ?

After All, Islam is a religion of Peace. The Quran preaches peace and calls for  tolerance and peaceful coexistence . If you criticize Islam you are labelled a hater, Islamophobia obsessed self loathing Idiot . For us to stop Radicalization, we must tell each other the truth. I was not born to sugarcoat issues, I was born to speak my mind

This is how Islam is a religion of peace .