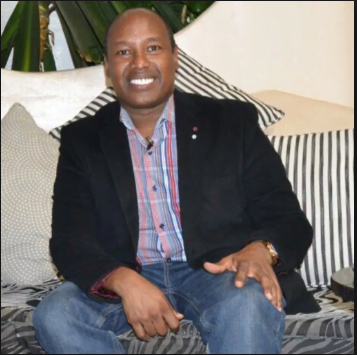 Caption: Britania CEO Robert Kagundah who bribes Githeri Media to portray him as a genius yet he is a corporate scammer.

I trust you are well and thank you for breaking out the information on the malpractices going on at Britania Foods Limited perpetrated by the CEO Robert Kagundah. I would like to give you an update on the situation.

Out of shame and guilt, the CEO Robert Kagundah has rarely been seen in his office. He has resorted to handling company matters from either Ole Sereni Hotel or Eka Hotel, both of which are a stone’s throw away from the company, in a desperate attempt to avoid meeting with staff. What is sad is the CEO walks around with a credit card loaded by the company and exorbitantly spends tens of thousands a day, all of which are billed to the company or refunded by the company.

Given the company’s financial position not performing since the takeover by Catalyst Principal Partners, the management is concerned about the CEO’s spending spree which coupled with numerous strategic blunders are threatening to bring down the company to its knees. The board continues to watch from a distance, having given Mr Kagundah two months to turn things around.

As an FMCG-based company, you are aware that sales are the most important aspect of the business. As soon as he joined, Kagundah brought in his best friend now a partner in crime Elijah Maina as the Sales Director. Together, they continue to swindle the company in a well-orchestrated scheme with distributors who order bulk biscuit products for a certain amount of money, say Ksh 20million, which helps the sales director report that their monthly targets have been met.

Soon after, ordering, the distributors keep the products in their regional warehouses for months and then return them just before their expiry. The company is then ‘forced’ to take them back and report that they were duly and procedurally returned, costing the company tens of millions which are paid to the distributors and Elijah and his crony CEO Robert Kagundah are given millions as kickbacks.