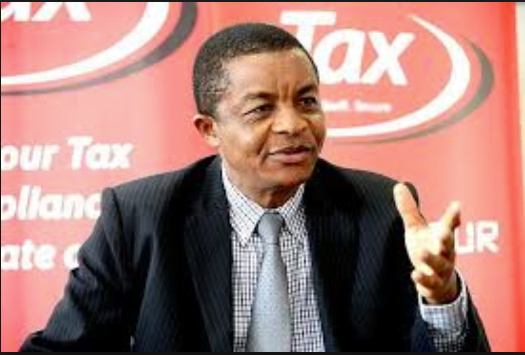 KRA Boss John Njiraini has been accused of reinstating a corrupt KRA official who was nabbed by EACC last year December over corruption. Philip Otieno, A KRA official at the Mombasa Port was arrested by EACC detectives December 2017, for allegedly soliciting a bribe to release a container.

Many Kenyans have raised concerns about Kenya Revenue Authority corruption that has greatly hampered tax collection. Sometimes in 2015, President Uhuru confronted Njirahini over corruption at KRA.

The day was Monday, October 19, 2015, at State House, Nairobi. Kenya Revenue Authority Commissioner General John Njiraini had been summoned to the seat of power by none other than Uhuru Kenyatta himself.

A source says Uhuru reached out to Njiraini on phone and gave him 15 minutes to be at the center of power to shed light on the state of the country’s economy and the revenue collection base.

When Njiraini reached State House via Gate A, he was cleared to enter in a flash as the head of state was waiting for him. He was ushered into Uhuru’s office only to find the president in no friendly mood as has always been the case.

Uhuru shot straight to the subject and told Njiraini that as the taxman, he was letting him and the Jubilee government down. Uhuru retorted: Wewe ni mtu wa haina gani? (What type of person are you?)” the president who was pacing up and down and punctuated his talk with hard slams of his fist on the mahogany table asked a subdued Njiraini who was caught by surprise.

A bitter Uhuru went on to ask why Njiraini was letting Kenyans suffer due to rampant corruption at KRA.

Uhuru went on to dress down Njiraini whose officers, he said, were engaging in economic crimes by sabotaging tax collection which had led to an economic crisis and warned that their days in office were numbered. “Haya, sawa tu: Uma ofithi yakwa. Eheriani ukora ofithi eno… ofithi ishi tuikereira ni shia muingi. Mutigatue KRA nyumba ya ugumania na ukora. (Get out. These offices we are holding are public and you should not make KRA a den of corrupt individuals).

Despite this summon, word has it that Njiraini never stopped corruption at KRA as many KRA officials are stinking rich from the corruption that has seen a decline in revenue collection. Uhuru is now a prisoner because KRA was in the forefront raising money for Jubilee campaign. This case of state officers raising money and engaging in politics caused a storm, to say the least. 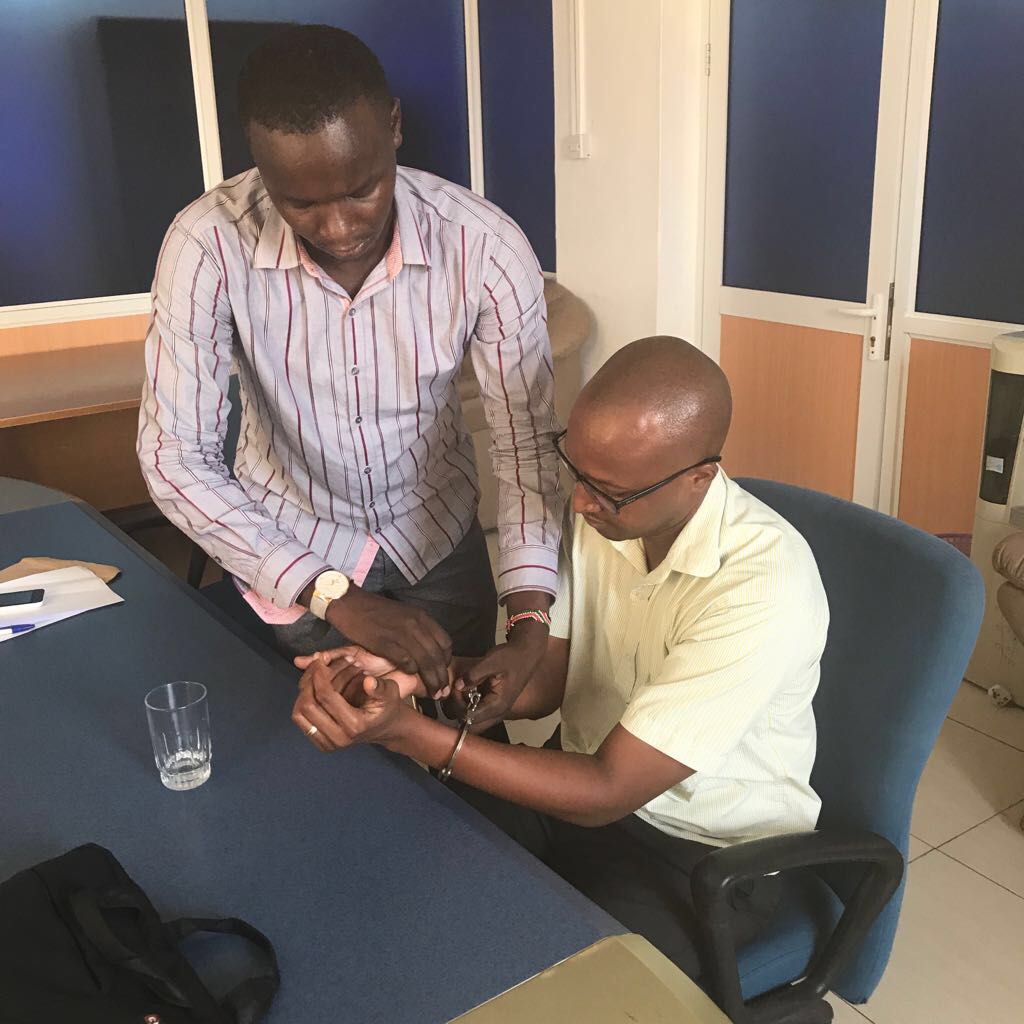 Caption: Philip Otieno is handcuffed by an EACC detective following his arrest at Mombasa Port on Monday, December 11, 2017. /THE STAR. KRA’s Njiraini has reinstated the officer and killed his case!

Our sources have confirmed Philip Otieno is Njirahini’s man and the KRA boss had promised to reinstate him once the situation cooled down, and surely he has done it.

At the time of his arrest, Officers handling the case said Philip Otieno, a senior officer in charge of scan systems, sought Sh800,000. According to KRA documentation, the forms were signed by Philip on September 30, 2017, at 1.30pm.
A senior officer attached to the investigation told media that several officials might be implicated in the tax evasion syndicate that benefits the KRA Director general Joh Njiraini.

The reinstatement of Philip Otieno to KRA is a blow to the fight against corruption but shows John Njiraini’s commitment to loot as he is not sure of his fate due to a debacle about his retirement age.

KRA is actually collecting more than is required but a bigger chunk is being channeled into pockets of senior commissioners and top managers.

Caption: Corruption has seen KRA Miss the targets. Njirahini must be shot by firing squad

In 2012-13 during the era of Joseph Waweru as Commissioner-General, a KRA officer in charge of Mombasa Port one Kamau Ngang’a allegedly ordered the release of 500 containers of imported first grade rice from Pakistan without having to subject the importer, a Mombasa businessman and owner of Nyali Cinemax and proprietor of the Mall that houses Nyali Nakumatt and a close business associate of controversial tycoon Ali Punjani to pay any duty for the 500 containers of rice.

The government lost close to Sh2 billion in taxes though later on, junior officers manning gates at the Mombasa Port were victimised and charged for the offence when auditors discovered the rice had been released unofficially.

The move by the corrupt manager, set an example to others like John Njiraini’s hitman Philip Otieno who have since joined the trend, since with the money made from the mega-deal, no one would even dare touch the officer, as he had the powers that bribe through the billions he made from the rice scandal.

Ng’ang’a, it is claimed, was rewarded handsomely by the Asian and what followed was the officer turning into a hotelier which saw him come up with holdings firm which runs a chain of hotels and high-class apartment blocks in several towns across the country.

Ng’ang’a became an instant billionaire and a role model in a negative sense for the rest of the commissioners who now began competing on how to outdo one another in who owns what at KRA, using their offices.