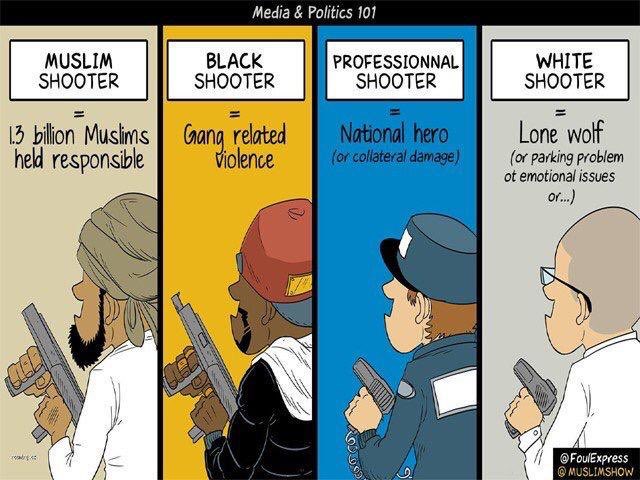 CAPTION: Guilt-level according to the Religion of White Supremacy

There have been cases of wanton killing of black people in the USA by police.

QThere have also been cases of ‘fed up’ civilians who have opened fire on fellow civilians or the military/police.

Then there are cases where the shooter happens to be Muslim, of Arab descent or a Mohamed.

In the first case above, it is evident that more people of African Descent are either killed or incarcerated than any other race.

In the second case, they just go scot-free, with a slap-on the wrist if you like.

In the third instance, the whole population of Muslims totaling over 1.3 billion are blamed. If they are lucky, some country would not see drones, bombs and killings from the United States of America.

My interest is in the second and third cases.

First of all, I strongly condemn the actions of the so-called lone shooter who has murdered over 45 Muslims at a mosque in Christchurch in New Zealand.

The shooter is white and therefore as usual, ‘charges dropped’. This might be the case. Let’s watch. This is an act of terror. Let’s call things by their proper name.

Brenton Tarrant is a terrorist! Period.

Now, If the shooter happens to be white, the media often labels them as having ill mental health or a history of depression or bad parenting (i.e. dad was missing e.t.c and bullsh*t).

In the case of an African-American, it is usually said history of criminal activities; if not then stories of ‘blacks are violent people’ fill newsrooms/the air.

In short, the white guy is not guilty until proven through a court, which is often biased and lets most of them off-the-hook. On the other hand, the black guy is always guilty even before the court hears the case.

Nowhere in the world have we seen such as the above practiced with open prejudice than in the USA. Or is it just the media. Has the media been covering for United Kingdom, Canada, France, Australia and New Zealand.

In short, The African-American (even the African) and the Muslim is by default guilty of a crime when he is born into this world.

Your problem is insurmountable when you combine all the above, that is, you are African-America muslim with the most known Muslim name, Mohamed. 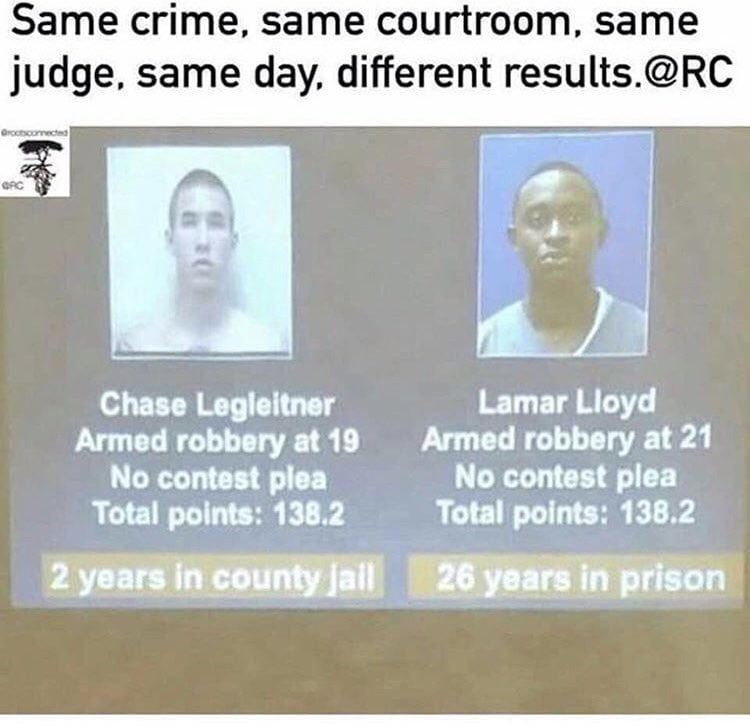 CAPTION: An example of outright prejudice in court judgement

In this article:Racism, White Supremacy