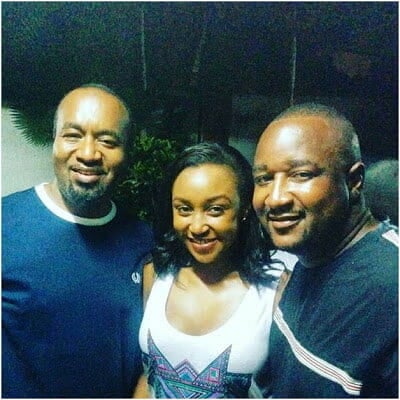 Today we present a fresh opinion poll, asking Kenyans what they think as regards to a recent scandal where it emerged that Mombasa Governor Ali Hassan Joho has been involved in an extra-marital affair with KTN news anchor Betty Kyalo.

The Right Honorable Raila Odinga is a statesman and a revolutionary figure in Kenya. He has been known to stand for Justice, truth and reform ever since his days where he fought against retired 8-4-4 architect Daniel Toroitich arap Moi.

Indeed, Raila’s CV is impeccable, unlike President Uhuru and Deputy Ruto, who have never stood with the people in pursuit of human rights. Raila’s street-credibility beats all.

We understand whe Wiper Democratic Party’s Kalonzo Musyoka flirts with Jubilee or JAP buffoons, because he is a KANU offshoot who only thrives with proximity to the status-quo. Kalonzo could have afforded ODM a clean sweep in 2007, had he not betrayed his colleagues and done a secret deal with Kibaki, that led to a disputed electoral outcome.

Kalonzo’s known history of fence-sitting and indecisiveness has portrayed the Kamba community in negative light, as they are now viewed as contradictory individuals who say one thing, and do the exact opposite. Chief Justice Willy Mutunga and FKF President Nick Mwendwa are also other Kamba’s who are working against the aspirations of Kenyans in their respective offices.

For Raila, he must walk the talk and tower above all other vested interests, and seek to detach himself from questionable characters like Ababu Namwamba, who had been previously a Statehouse mole. It’s this duplicity and lack of Ethics that has contributed in a weakened opposition in the August House.

And please note, we are not crazy to single out Ababu Namwamba as a Statehouse mole. We didn’t mention Millie Odhiambo or Elizabeth Ongoro. We don’t know Ababu beyond the little of titbits we get from our sources. So when we say Ababu is a Statehouse mole, we know why.

Finally, due to Mombasa Governor Ali Hassan Joho’s negative publicity in view of the fact that home-wrecking and philandering are cancers that are just about to grind Kenya to a halt, the question is, should Raila Odinga severe links with Ali Hassan Joho?