Religion is sigh of the oppressed creature, the heart of a heartless world, & the soul of the soulless conditions. It is the opium of the peoole – Karl Marx

Kenya is a very unique country, 80 percent of the population is Christian. The rest is formed of Muslims, Hindus, Scientists and pagans.

There was a post on twitter that argued that only Muslim (or even Arabic) countries are capable of mass protests that bring about change.

The publisher of the tweet based his arguments from the recent occurrences in North Africa and the middle East where we’ve seen protests topple many a dictator.

Although this is a sectarian view, it not entirely untrue.

It is sectarian because we’ve had protests in ‘Christian’ countries such as Cameroon, Zimbabwe and Togo to name just a few.

Some of these protests are ongoing.

Togolese are currently battling Faure Gnassingbé, whose claim to the presidency is because his father was like our conman Mzee Jomo Kenyatta. Gnassingbé is more like Uhuru Kenyatta.

The claim that only predominantly Muslim countries can call successful mass protests against mismanaged regimes can also be said to be true because, the religion is stronger in its practice than that of Christianity.

Chritianity’s double speak is too loud and has been laid open for far too long. People are woke. Before you guys start calling me names in the comments sections, this is expected of any widespread ideology.

Just today, [Friday, 19 April 2019], another short protest against insecurity in predominately Muslim Mali, forced the Prime Minister to resign together with his entire government (cabinet). 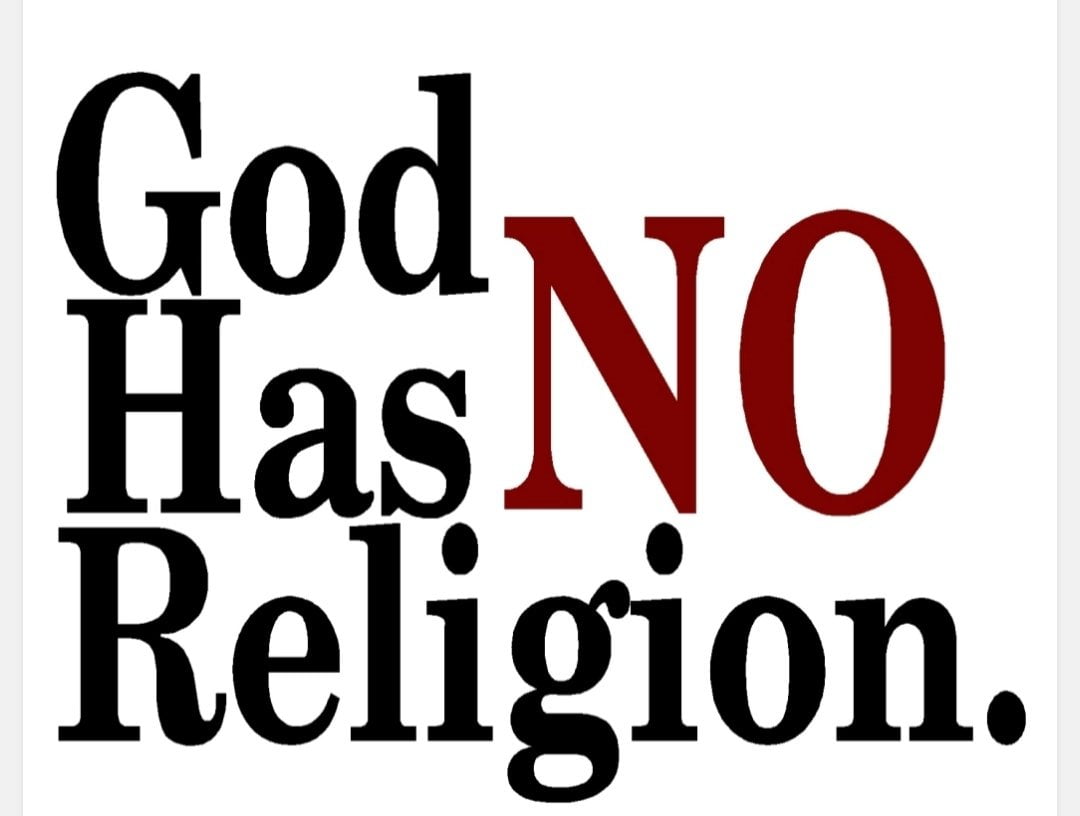 What makes Christians so gullible?

Religions, all of them, are tools for social control.

Religion is good as some parts of it ensure social order.

However, blind following of teachings is a sure way to hell on earth.

What is the use of living in hell on earth believing in a fulfillment of a place one has never visited nor knows that it exists?

What is the point in lacking food, clothing and shelter on earth only to believe that one will be given that in heaven; a place no one is sure exists or not?

For me, heaven is a state of mind and as such, one attracts whatever they are experiencing here on earth, elsewhere. Ponder about this.

Let me also state here that the problem that we are facing on earth are man-made. Man can tackle and solve the problems of poverty, hunger, war, diseases and pestilence.

The only things hampering that is HUMAN GREED.

Christians are taught by their bible to ‘respect authority’, no matter what it does to them. This is appalling,

Why would one stay in an abusive marriage noting too well that they can be killed? [I know it is complicated, but think]

Why would one live without job, without money, hungry and oppressed in a country where some are very rich and can’t finish the money they’ve amassed both illegally and legally in a thousand years?

See, our problem is not religion, but ignorance.

Christians, Muslims, Hindus, are all dunderheads when it comes to thinking for themselves.

Christians are the worst!

In Kenya, churches have become complicit in the looting of government. A catholic Bishop was recently found to have over a billion shillings in his account.

You all know the politician that visits churches with bags full of cash.

Most of the youngs Kenyan are not aware of the sacrifices made by people like Father John Anthony Kaiser, Bishop Alexander Muge and Reverend Timothy Njoya among other clergy during the moi regime.

The above ensured that the state respects the people, upholds justice and democracy.

Some paid with their lives.

The current crop of church leaders are all hypocrites whom Mama Ngina seem to have bewitched. They are inhuman zombies, waiting for crumbs to fall from the high table of Kenyatta Inc.

Are these the leaders you should listen to?

Thank goodness, the Catholic Church seem to be on the path to correct this.

The Catholic Church in Kenya, through a resolution of the Conference of Bishops, has instructed priests to bar politicians from politicking in Church.

But this is not all.

Kenyan must think. Think for themselves.

Kenyan bloggers can’t let you breathe if you are corrupt.

Kenyans also are very agitative and I think by now you see the fall of the ‘panda mbegu’ churches.

We are also able to see through the insincerity of people like Rachel Ruto. Her husband has looted and stolen in other places, yet the family paints itself as staunch, people and god-loving family. We can see the double-speak.

This is the plan.

Kenyans are unemployed because of the government inefficiency in creating conducive avenues for economic growth, businesses to thrive. Not because God is hungry with us.

Kenyans are poor, dying from hunger, because the government planning function is non-existent, they wait for drought to hit us so that they can import food through their private companies and make profits from our hunger. It is not God punishing us.

We experience insecurity and killings because people especially youths are unemployed, and thus look for easy ways to make money. It is not God has bewitched those kids, or because they are just born-criminals.

We can change this because Article 37 of the Constitution of Kenya, 2010 guarantees us the right to assemble, demonstrate, picket and petition.

We can change this country by sincerely loving our humanity and reclaiming it through rightful thinking and saying enough is enough through many ways.

We have the power.

Have a thoughtful Easter.

ALSO READ: We The People: This Is How We Can Liberate Kenya