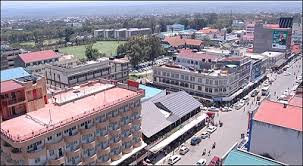 Operations at the Nakuru County Assembly may stop due to lack of funds.
The assembly requires Sh1.1 billion to pay the salaries and allowances of its 155 staff, including 74 ward representatives, according to its Budget and Appropriation committee.
However, with six months before the next budgetary allocation, only Sh207 million is remaining in its coffers.
The amount cannot sustain the activities of the assembly for the next six months, according to Mr Peter Mwangi, the Bahati ward representative who is a member of the committee.
That the Controller of Budget limited this year’s allocation to Sh560 million has further complicated the management of the assembly’s recurrent expenditure.
Its workers are yet to receive January salaries and the House is trying to adjust its supplementary budget to address the matter.

The budget is expected to be in the priority for debate when the assembly resumes on February 10.
Every month, the assembly spends about Sh55 million on salaries and allowances.
The executive offered Sh890 million for the running of the assembly, but the ward representatives said the huge deficit would result to the collapse of its operations.
“By March, there will be no money. That means, there will be no going around meeting the constituents for consultation, no salaries, no sitting allowances and no legal fees,” Mr Mwangi said.
Even as the assembly feels the pinch of the cash crunch, the public auditor is seeking to find out how it spent Sh211 million in travel allowances in the last financial year.
Auditor-General Edward Ouko is investigating the spending