You became president in 2013 with a lot of fanfare. Many people, even some who hated you, were at least happy because you seem to be a nice person. You are young, energetic, and a likable person. Unfortunately, you have disappointed most Kenyans, even those who voted for you.

Six years in your presidency, Kenya is doing worse. Our national debt has ballooned to unsustainable levels and businesses are shutting down in droves. This week, we learned that a big number of your (or Ruto’s) employees have been sacked at K24. More than 2000 Kenyans have lost their jobs this year and many companies are issuing profit warnings. Millions of young graduates are without work. Thousands who have work are not happy about their jobs. 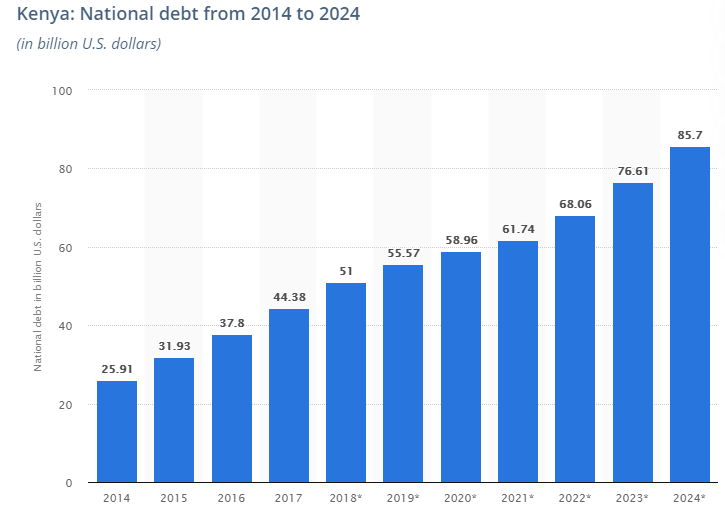 You have destroyed this country Mr. President. Sadly, even with the massive debt, you have nothing to show for it. Of course, you can talk about the Standard Gauge Railway. But we all know that the railway is a failure that ends at a farm in a remote village. We also know that the railway will never reach its destination.

Your big projects have all failed. Last I checked, class one pupils are not receiving laptops. You have not built the stadia you proposed. The healthcare system is dead. You – or your clonies – have stolen more than ksh. 5.6 billion from retirees. More than Ksh 10 billion have been stolen from NHIF. Billions of shillings have disappeared from government ministries.

Supporters say that you didn’t steal the money. That is hogwash of course. It is impossible for tens of billions of shillings to disappear without your knowledge. Even if you didn’t steal, people you appointed have stolen the money.

After the failed SGR project, you have now embarked on an Express Way that will cost Kenyans additional Ksh. 61 billion. This is a lot of money for a 17km road that many Kenyans will never use. We all know that Nairobi traffic is not because of narrow roads. Today, Thika Road has one of the worst traffic jams in Nairobi yet it is the widest. Traffic is caused by unnecessary speed bumps and roundabouts. Ksh 5 billion can get rid of these bumps and roundabouts.

This reminds me. Corrupt contractors have been building footbridges on Thika Road for more than two years. I don’t know the budget but I am sure billions have been stolen by your people.

Meanwhile, thousands of Kenyans are dying from cancer. Mr. President, Ksh. 61 billion can build and equip more than 5 cancer centers around the country.

We know that you don’t care about ordinary Kenyans. Moreover, some of your businesses are doing great. CBA and NIC have just merged and failed to pay taxes. Your children don’t study in this country. You go to trips overseas at the taxpayer expenses.

President Kenyatta, your father was a thief. He stole thousands of acres of land. He also stole millions of dreams from Kenyans who hoped for a better day. He continues to milk the country in his grave. Every year, we spend millions guarding him.

President Moi was a ruthless dictator who killed many. President Kibaki was a rational old man. President Kenyatta and Moi were bad, but they didn’t leave Kenya with large debt.  At least, there are good things we can remember these former presidents for.

What about you? What will Kenya remember you for? You have sacrificed the future of this country and sold the country to the Chinese.

Uhuru. One day you will pay for these crimes. One day, you will get sick, fly overseas for treatment, and come back home in the cargo section of the plane.