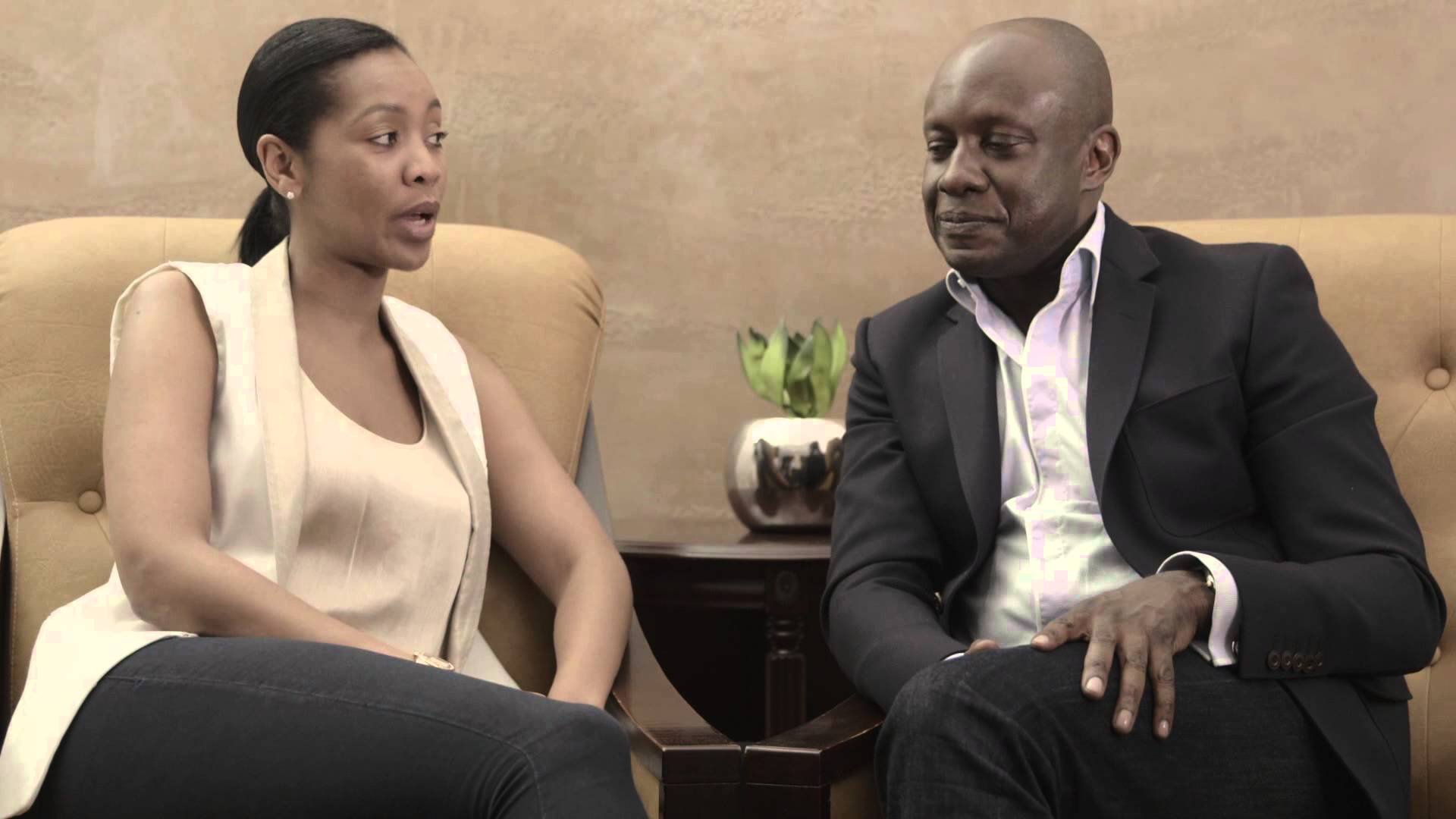 CAPTION: Former Miss. Tourism Debra Sanaipei and her ex Michael Okwiri. Though “irreconcilable” differences were cited as the cause for the wedding cancellation, it doesn’t need one to be a nuclear physicist to deduce that the problem was Debra.

Women appear to be savage and less disciplined than us males only because we’ve indulged their instinct for a century, and worse, constructed an entire ideology for the sole purpose of justifying that one-sided indulgence — while demonizing plain evidence, common sense, and even slight dissent to the outer bounds of polite society.

So all you have is these clueless young women, their even more dumber mothers, and a society that has shielded them from 99 percent of consequences of their actions and has attempted to forbid public scorn of their decision-making. They don’t have dignity because they were never taught it, and they weren’t taught it because we tried to make it so they wouldn’t need it. Go to Betty Kyalo’s page today, and see men falling over themselves kissing her ass, and congratulating her for being banged by Joho.

Recently I gave an example of Ciku Muiruri who is forever lecturing us from a moral high-ground, yet on tape uncovered by investigative journalists, her indiscretions were laid bare. However, due to the infiltration of society through media of homosexuals and feminised men like Maina Kageni, Larry Madowo, Maqbul Mohammed, Ian Mbugua, and former Chief Justice Willy Mutunga, men have been conditioned to turn a blind eye on such glaring contradictions by today’s (loud, abrasive) feminists.

It may help to remember that romance is purely a male construct. The feminine imperative which Alpha Females like Kui Kamau, Debra Sanaipei, Victoria Rubadiri, Sheila Mwanyigha and Ciku Muiruri subscribe to, does not care about romance – romantic men do. If you want to keep your romantic soul alive, you should either channel it into creativity, your work, career or make yourself so alpha in other ways that you can be romantic to women and still get away with it. Woe unto you if you’re approaching these women named above and their thousands of disciples using chivalry and romanticism because she will leave you and seek out the Alpha Male, probably some Gym instructor or Bouncer.

Why do Kenyan women hate anal-sex?

Many of you who think are the so-called “Team Mafisi’s” must be cringing when you realise how dumb you’ve been because no woman has ever even remotely suggested anal-sex to you. Infact, media has conditioned you to believe it’s gross or inhumane. Just because she’s not proposing to have anal-sex with you, does not mean she’s not having it with some other ruffneck nigger. Probably these Nigerians who like in Roysambu or Umoja.

A few years back, we had this high profile announcement by Michael Okwiri and Debra Sanaipei of their fantasy wedding, set in the sandy beaches of Zanzibar. The bonanza was meant to be the social event of the century, which unfortunately didn’t materialise. It doesn’t take a brain-surgeon to tell that it was Ms. Tall Giraffe Debra who called off the wedding. The next paragraphs are important to those of you “sophisticated” men who think they can wife a woman over 30. Including you Michael. Listen up!

The Epiphany Phase is when women enter the reality of their lessened capacity to compete intrasexually with their younger sisters. Generally this phase comes at or around the ages of 29-31, however, depending on circumstance this may come sooner for some women (those whose attractiveness is already understood to be average), and sometimes much later for others (women who bought into the lie that their attractiveness is subjective and infinite). Your typical Kui Kamau’s, Debra Sanaipei’s and Sheila Mwanyigha’s of this world fall under this category of believing their beauty is infinite even when empirical evidence dictates otherwise. 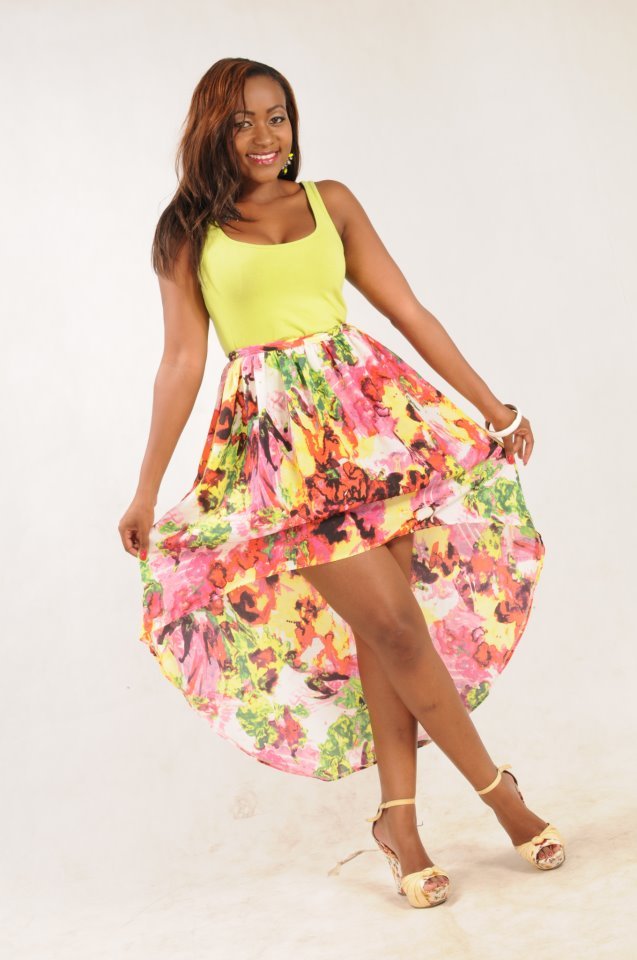 CAPTION: A prominent member of the Epiphany Phase must be Kui Kamau.

The Epiphany Phase is really a woman’s subconscious knowledge of The Wall coming into her cognitive acknowledgement. However, what’s not so easy to grasp is why a woman who’s come to this phase would actually make it more difficult for a prospective long-term, parentally invested, hopefully idealized, mate to become intimate with her leading to marriage? Once she hits about 32 something seems to flip in their heads, women of this age and up seem determined to hold out longer even if they want to fuck.

Why would a woman who, for all intents, knows her capacity to attract men is waning be so insistent on delaying her becoming intimate with him? This seems counterintuitive, particularly in light of the fact that most women in their younger, Party Years eagerly had sex with men for whom they made little or no ‘rules’ for in order to become sexual with them.

We want to believe some feminist-narrative that at this age, they’re mature and more conscious of their sexuality, because we’re taught to expect such reasonings from a girl who now, at 29, wants to get right with God or “start doing things the right way” with guys. Social conventions propagated by writers like Mya Angelou, are abound that condition us to expect that once women, “get it out of their systems” she’ll realize the errors of her youthful indiscretion and magically transform into a “Quality Woman”. We want to believe it, and it’s in women’s best interests that we do believe it.

Most Beta men (like Michael Okwiri) want to believe in a woman’s Epiphany about herself. They’re desperate to buy the narrative. They love nothing better than the idea of the reformed porn star who’s finally “grown up” and come to her senses about the error of her youth’s indiscretions with the guys they grew up to hate as an Alpha Male. Better still, they’ll feed that rationale/fantasy in the hope that her Epiphany will include her saving her best sex for him since now she’s come to understand that it’s been the ‘nice guys’ all along she ought to have been getting with if not for ‘society’ convincing her otherwise. The reformed-slut-with-epiphany archetype is a fairy-tale Beta men want to forgive because it represents vindication for their self-image.

Yet still she hesitates in giving herself to that Beta provisioner.

We excuse this hesitation by claiming it’s because, now, she wants to be extra sure about him. The Alpha men or fuckboys she so effortlessly gave herself to were all, of course, wolves in sheep’s clothing (hashtag #MenAreTrash ) and in her epiphany she must exercise caution. And if you think it’s because of anything else, well, you’re a misogynist, so shut up.

Here’s the deal Mike; any woman holding out on a guy during this phase of her life really isn’t about any moral epiphany, it’s really her hindbrain coming to terms with having to make herself become sexual with a type of guy whom previously she would never have naturally flowed into having sex with. A woman on the expiration of her Sexual Market Value like Debra Sanaipei, or Kui Kamau, likes nothing more than to be told, and to encourage the idea in men, that “she deserves better” in spite of her past decisions.

Yet still she hesitates having sex with the ‘perfect’ guy who is ready to overlook all of it.

Around her group of girlfriends, she’ll bemoan that she’d rather cry over an asshole than date a guy who bores her, but in the Epiphany-stage and in the confines of her privacy as she sheds tears while drinking wine from the bottle due to frustrations, she has to force this subconscious understanding down in order to better insure her future by settling with a “nice” guy and not the Alpha Male who fucks her then goes silent for a month, only to return when he needs a quick lay. At some point in her life, she knows he’s not a dependable partner in family provisioning.

However what Michael Okwiri attempted to do, can be likened to Rob Kardashian’s move to wife a whore Blac Chyna. Such experiments rarely work out.

Unplug yourself from the feminine-imperative and swallow the red-pill. Treat these bitches with the contempt they deserve Mr. Okwiri, and if you ever wish to settle down, make sure it’s not one of these over 30’s feminazi-types.