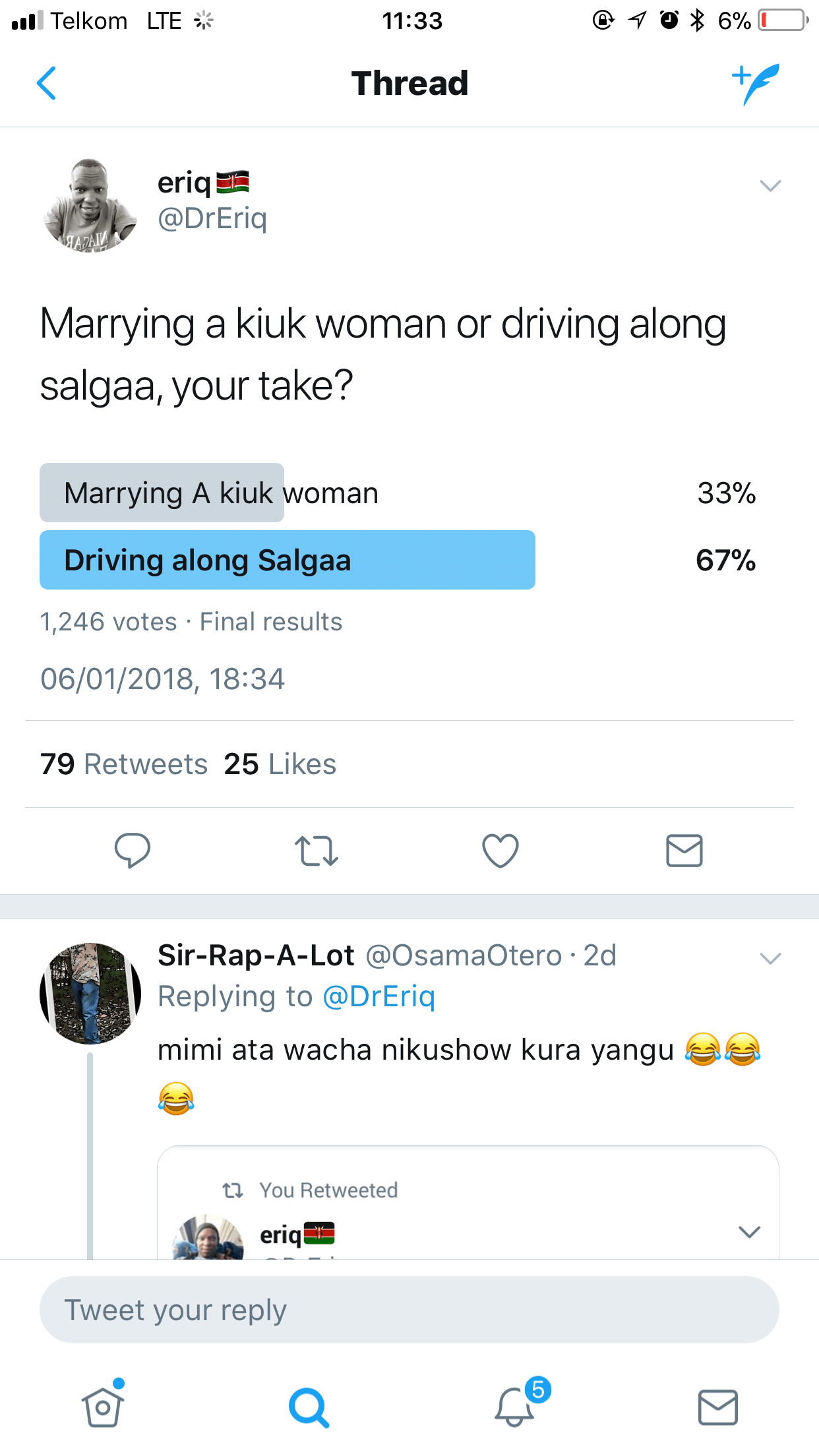 I don’t understand why there’s this fixation and obsession with “Uthamaki” politics by Kikuyu vernacular stations, yet there seems to be a bigger crisis at hand.

Instead of Kikuyu radio stations addressing the emerging threat posed by their women to their tribe/culture, they’re still obsessing over politics, something which seems to have been concluded.

It cannot be a coincidence that majority of single-mothers, unmarried women over 27, divorcee’s, side-chics/clande’s, and commercial sex-workers, hail from one community. When Chris Msando was murdered, he was in the company of a young Kikuyu girl.

It’s time radio stations, churches address this issue in their own dialect.

There must be an issue with upbringing, and parents are the cause of this mess. Especially psychotic mums who preach materialism to their daughters.

Kikuyu mothers need to check themselves because they’ve ruined their daughters by trying to mould them in their own image. Let your children be whom they want.

This is no longer a laughing matter. An entire community is being profiled, yet they keep pretending that all is well. Politicians from that community like dick-sucker Ngunjiri Wambugu is concentrating on 2022 politics, yet there’s a bigger crisis at play.

I hope you got me loud and clear you cock-sucker Ngunjiri Wambugu.