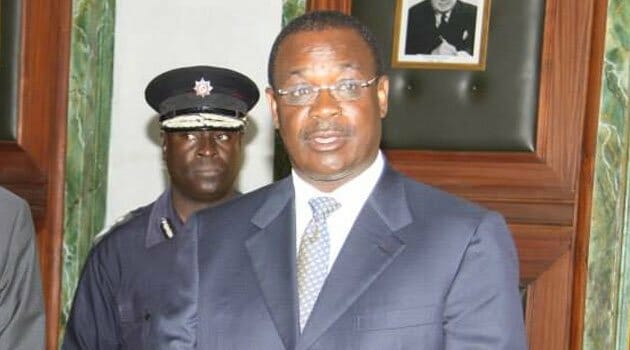 IS KENYA AIRWAYS AND MUMIAS SUGAR SUFFERING FROM THE SAME INJUSTICES;

Food and Pharmaceutical industry are some of the industries that will always see the next day.
This is because people will sell there last parcel of land to get medication and use their last strength to get food.

It therefore goes without saying that these industries forms the basic base of the hierarchy of needs apart from shelter and security. But one can live without shelter but cannot live without food or health. Now emerging is the telecommunication and transport. Though the two does not form the base, but with the world growing so many people now have communication and travels as part of their basic needs. This brings me to the point of business leaders must travel and the same medicine must reach Kenya by Air or Sea.

Mumias sugar became one of the family households. It made Sony sugar and Chemelil sugar to start branding their sugar. On the other hand KQ became so synonymous with Africa that the other day we heard UG authorities complaining that their president was not picked. So what went wrong???

It is a common knowledge that a if a company is doing well financially, then it must be able to sustain itself for at least 3yrs before going into debt under naive management.

Dr. Evans Kidero and Titus Naikuni has been at the helm of these two Kenyan giants.

Kidero as the CEO of Mumias sugar has all the time showed us his performance at the Kenyan sugar giant. These was very clear from the profits ranging in billions. It is this performance that made Kidero CV so rich that everyone knew he is the right CEO for Nairobi. The question that we must ask Kidero is if he indeed made profits all years, why was the company suddenly in debt one year after he left?
These profits if they were properly invested should have seen Mumias generate revenue to sustain itself for some months assuming no activity(ies) is/are going on at the firm. We have seen stalled projects including street cameras that has not been confirmed as giving 100% service to Nairobians. This means that Kidero style of leadreship might have some untold side. Investing in somethings before doing proper SWOT analysis. Kidero before putting money on street cameras would have given that company one street as a pilot project and assess for 6months on the quality. In fact he would have asked bidders to do demos giving them different streets.

Titus Naikunu has been touted as one of the best CEOs in Kenya and Africa in general. Having seen the exponential growth of KQ. Kenya Airways truly has been the pride of Africa. This has been so much that everyone wanted all other flights to stop going to Ebola torn countries but not KQ.
With this wealth of experience and astute, why is it that all over sudden KQ is struggling to take care of its own basic need. Naikuni is hardly months since he left KQ.

I believe Kenyans should squarely blame Naikuni and not the new CEO should KQ be grounded and same blame should go to Kidero over Mumias.

The general info to Kidero and Naikuni is that even in normal life, if you cannot feed your family immediately after loosing a job, then you were never a responsible bread winner. This means you made the family believe in what does not exist and live a life full of lies.

But again the two ,KQ and Mumias are major parastatals which if not for any other reason other that political, will see government coming in. pumping tax payers money to keep them afloat.
So who looses here…The tax payer. Could it be that Kenyan parastatal chiefs are taking advantage of this??

We must ask ourselves why major parasitical start experiencing downfall immediately after the CEOs leave. Did they knew and decided run away from the time bomb to avoid any blame??
Just like Gor winning 2014 league was a credit to Bobby and not Nuttal, so is the KQ and Mumias downfalls should be credited to Naikuni and Kidero respectively.

Is it time, to have a grace period before someone takes a new office?? i.e Should we have kept Kidero and Naikuni in the cold for 1year and see if they had put long term structures in their previous jobs to qualify them for another major role? This is a question for tomorrow. To this end only Oduor of KCB and Michael Joseph of safaricom can claim shrewd leadership.

Dr. Kidero and Naikunu, I will personally be glad if you could give account of why you think things nosedived in your previous companies immediately you left.