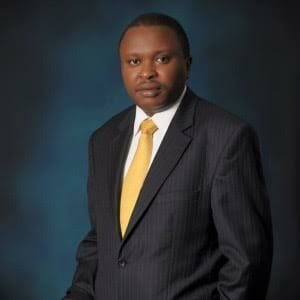 Sources privy to the goings-on in the Jubilee camp indicates that the President is not impressed by the recent revelations revolving around the saga where Sports Kenya has been engaging unscrupulous individuals to manage projects related to hosting major European teams in Kenya. The tournaments would act as a double-edged sword, by helping the country’s dwindling tourism fortunes, and positioning the country’s football amongst the world’s best.

President Kenyatta is an avid football fan, and it’s during his tenure that there has been unprecedented gestures towards football in Kenya. He first paid for the National Team Harambee Stars to travel to Brazil and watch some WorldCup games, donated towards local club AFC Leopards and sponsored Gor Mahia FC to travel to Daresalam for the CECAFA Kagame Cup Tournament.

With that in mind, Fred Muteti was supposed to take care of the President’s interest, knowing far too well that Jubilee’s Youth Agenda has faced many challenges and the President is being seen as abandoning his core voting constituent. Instead, Muteti assumed office earlier this year and was immediately compromised by the forces of corruption and institutional memory in Sports Kenya.

A project of Magic Cup’s magnitude could be the pillar of Jubilee’s re-election campaign if executed to precision because Kenyans are avid football fans. Imagine Kenya hosting Spanish giants Barcelona.

Fortunes of the tourism sector would change for the better, and their presence in the country would inject a new lease of life and inspiration to all the youngsters playing soccer around the nation. We recently saw Gabon’s President Omar Bongo paying a private jet to fly Lionel Messi to lay a brick-stone and commission a stadium construction project. That’s the power of football.

And instead of Fred Muteti seizing the moment and rising to the occasion to build his reputation for the sake of posterity, he lost focus on who the appointing authority is and instead pledged allegiance to his party leader and his corrupt ways.

Any President would die to have that photo opportunity with the World’s best footballer and team. And instead of looking at the bigger picture and seeing that this was his chance to show President Kenyatta that he can be of value in his global outreach plans, Muteti opted for little money and allowed himself to be manipulated by Gabriel Komora, Francis Githaiga, and Wilberforce Chebet.

Together with the Sports Kenya tender committee, they were infiltrated by old men whose core business is selling vehicles, managing golf, plus UK-based conmen. People who cannot even show a photo of themselves in a stadium.

And although President Kenyatta’s hands appear tied in dealing with his deputy’s numerous corruption scandals, Muteti squandered a magical opportunity to make his name, and cement his reputation as a neutral arbiter and visionary leader, whose love for nation and sport transcends all other parochial and tribal interests that he has been dealing with as Secretary General of URP.

Fred Muteti has failed President Uhuru Kenyatta, and like many other Government officials of his ilk failed to fly Kenya’s flag when it was crucial.