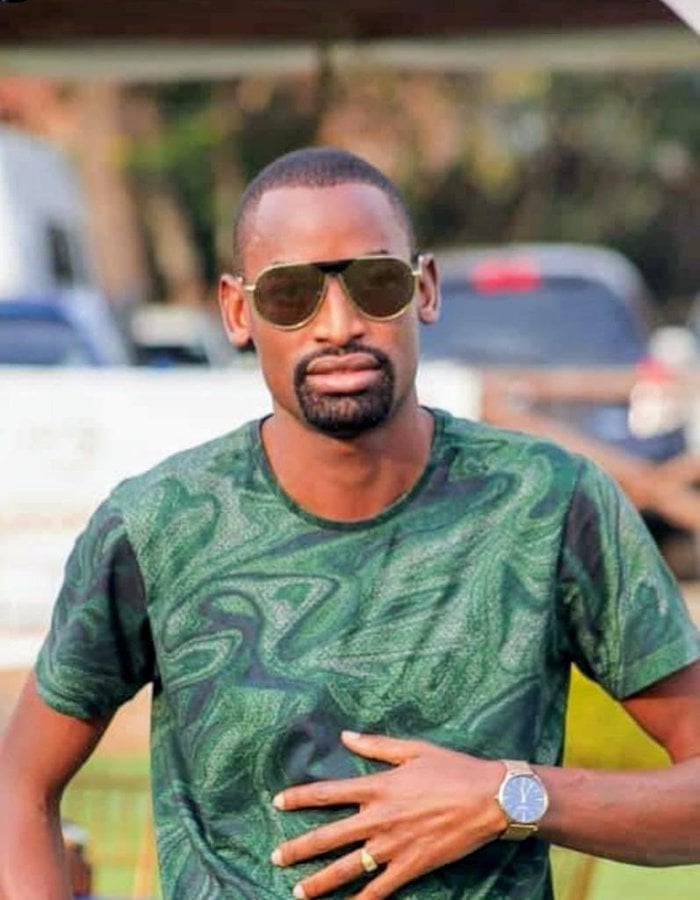 On Friday night, 28-year-old Kevin Omwenga was shot dead inside his apartment on the seventh floor of Galana Suites on Galana Road by a man described as a “bodyguard” to one of his close associates after an alleged dispute.

His elder brother, Wycliffe Omwenga was in the house as the drama was unfolding. He recorded a statement saying that he was in the kitchen when the alleged shooter Robert Bodo and Omwenga were engaged in conversation in one of the bedrooms.

Police in Nairobi are now investigating a gold scam link to the fatal shooting with detectives said to be looking at those who were with the deceased in his last moments, his dealings and associations in recent months and what sources say is a “sudden” change of lifestyle.

Kevin Omwenga, hails from Kisii County, Kitutu Central Sub-county, Bogeka ward, had been living life in the fast lane. He has been in the business of selling cars within the Nairobi region.

He was born in a village called Soko and that is where he has grown up with his two brothers. He was the last born in their home and went to a little known private school within Kitutu Central Sub-county called Mother of Mercy Secondary, where he completed his secondary education.

In fact, the school was closed down by the Ministry of Education early this year for not meeting the required standards.

Kevin did not have a college education. After his secondary education, he went to Nairobi to “try life”.

He then got a job as a waiter in a restaurant in Hurlingham where day some rich guy convinced him to stop work washing dishes and instead offered him a job of selling cars in his showroom.

Sometime last year, Omwenga quit his job as a motor vehicles dealer and moved into a house at Galana Suites, where rent is the upwards of Sh150,000 for a furnished apartment. He also reportedly changed friends.

From Broke to Riches

Sources quoted by Citizen TV said that by March 2020, he was broke to the extent that he couldn’t afford rent and electricity bills but by June this same year, he was flaunting his high-end cars and all-around fancy life.

Photographs of the white car have been circulated on social media posts for some months now. There is also a video of Mr Omwenga receiving congratulatory messages on buying the car.

Fellow youths, don't force richness. Try to do clean deals. The Kilimani murder of Kevin Omwenga is another manifestation that you don't have to push for quick money. Robert Obodo, Chris Obure and the deceased are conmen. This was a deal that went wrong. pic.twitter.com/gDDhXQrfX0

His close friends have revealed that since the money came through, he used to rent two houses, one in Lavington where he paid Sh80,000 per month and another in Hurlingham where he paid Sh 90,000.

This was because of his love for beautiful women. He would keep them in different houses to avoid conflict.

He always spotted the most expensive watches and accessories. His suits were also very expensive.

As much as people always questioned the source of his wealth, however, Kevin Omwenga has never been arrested or summoned by DCI over any criminal investigations.

But Omwenga is now dead. And two of his new friends, Chris Obure and Robert Bodo, are being investigated as the key suspects.

Omwenga’s suspected shooter Robert Bodo is said to have been working as a driver and bodyguard to Omwenga’s business associate, Chris Obure.

According to a witness, the two had been arguing over some Sh40 million from a gold deal struck back in March this year.

Mr Obure is a suspected fake gold dealer, who has previously been in trouble for alleged misuse of firearms.

In this article:Chris Obure, Kevin Omwenga