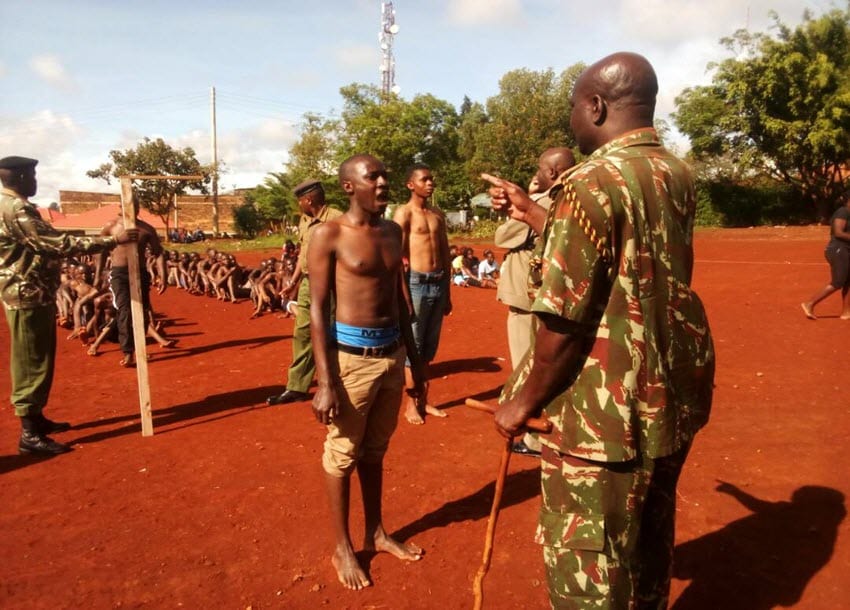 A file photo of a police recruitment exercise

A family in Nkaroni, Narok South is crying foul over the mistreatment of their son in the ongoing police recruitment exercise.

Chief Inspector of Ololulunga Gilbert Ngao and CCI Mr Munguti are accused of shortchanging an Ogiek man whose slot in the recruitment was reserved on accounts of coming from a minority group.

“In Narok South, two slots were reserved for Minority groups who reside within the Constituency and these groups are mainly the Ogiek. It is sad that recruitment officers have short-changed the Ogiek in Narok South in favour of some people who paid for the position”, blogger Mutai wrote.

The officer in question, Mr Ngao, is said to have replaced the Ogiek lad from Nkaroni in favour of a Kikuyu who allegedly paid for the position.

The boy from Nkaroni was qualified. He had passed all tests and due to affirmative action of empowering the minority, he was to be confirmed and issued with a letter but his confirmation was delayed into the night. He was later in the night told that the position was given to someone else in a clear case of corruption, discrimination and pure impunity.

Below is a letter from the Ogiek Council of Elders condemning the action. 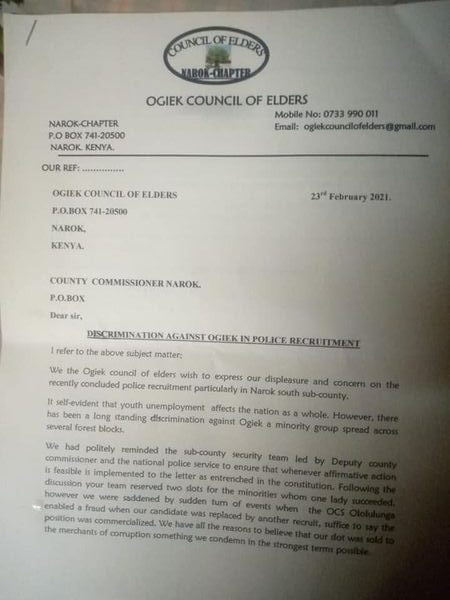 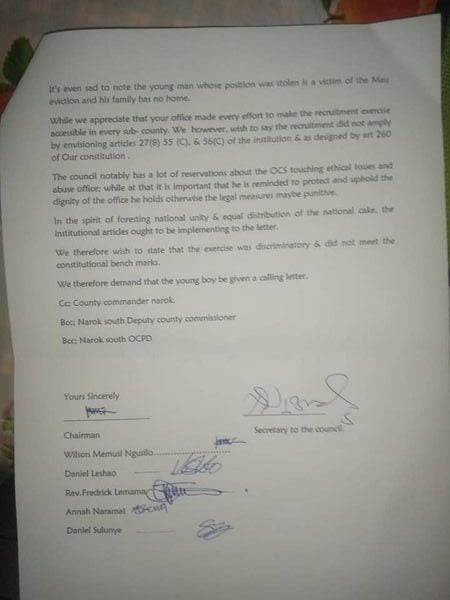