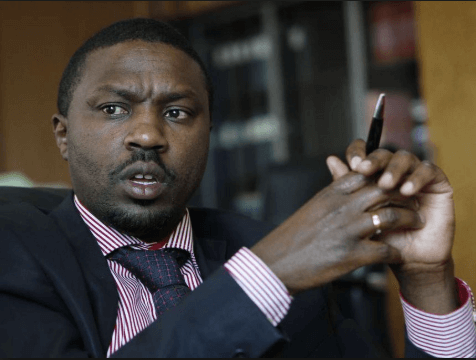 As president Uhuru goes around lying to Kenyans that Universal Healthcare is a key enabler of his ‘Big Four’ legacy plan, reports have confirmed that state-house actually told various accountability agencies to go-slow on NHIF Boss Geoffrey Mwangi because the rogue NHIF has been Jubilee’s cash-cow.

In the last elections, NHIF is said to have dished out millions to Jubilee for campaigns, hence why Geoffrey Mwangi is being protected by the powers that be as corrupt DP Ruto’s cartels are hounded out of office and into courts as Mwangi walks free, making the anti-corruption purge look like a weapon meant to discipline DP Ruto.

It has now been revealed that NHIF that offers medical insurance to Civil servants and private members may have lost hundreds of millions in the biometric registration of members that kicked off in 2015.

NHIF had embarked on the use of fingerprints to identify all its members when seeking services in health facilities.

During the launch of the exercise, NHIF CEO Geoffrey Mwangi said the fund had completed the biometric registration of civil servants and it was in the process of enrolling other members.

The use of biometric identification was expected to reduce cases of fraud in the medical cover scheme.

A Snap check in government institutions including Kerugoya hospital, members of staff seem unaware of such product, but they confirmed that they only heard of the product a year ago, although nothing tangible has been done.

The CEO further noted that at least 1,370 hospitals had been fitted with biometric kits by 2017.

He said the programme will take three years and will be completed by 2018.

Currently, the fund has about 6.7 million principal members and in total, serves about 20 million Kenyans.

In 2015, the NHIF started the biometric registration of civil servants and security officers as the first step to migrate its members to the use of smart cards to identify themselves in hospitals.

Very close sources have confirmed this is a scheme that was deployed by Geoffrey Mwangi and Jubilee operatives to loot from the scandalous NHIF with protection from EACC, DCI, State house AND ODPP