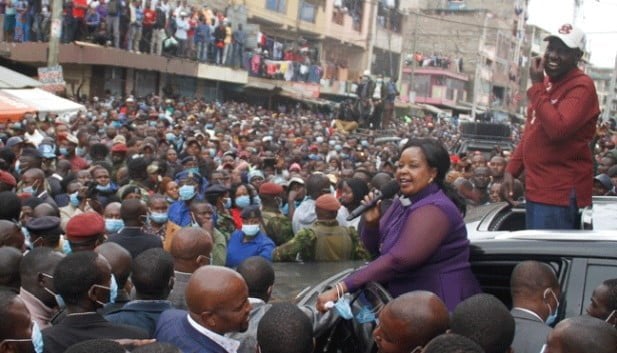 A section of Nairobi county MCAs have blasted Deputy President William Ruto and his allies to keep off the running of the Nairobi County Assembly.

On Sunday Ruto broke his silence on Nairobi politics and warned the county assembly against vetting Kananu on Friday. He said that would forestall a democratic by-election to fill the governor’s slot, as provided by law.

Majiwa claimed that the Nairobi County Assembly is an independent body that does not take instructions from political rallies.

He has asked Ruto and his allies from other counties to stop commenting on issues regarding Nairobi County.

The MCAs were reacting to statements made by Ruto yesterday, where he warned the County Assembly against vetting Kananu on Friday in an attempt he claimed is meant to “forestall” a by-election.

Majiwa says that the vetting of Kananu will go on as planned on Friday.

Sonko had nominated Kananu to fill the deputy governorship but her nomination was blocked due to a court petition.

But Sonko now wants a democratic by-election and so does Deputy President William Ruto so the people can choose their next governor.