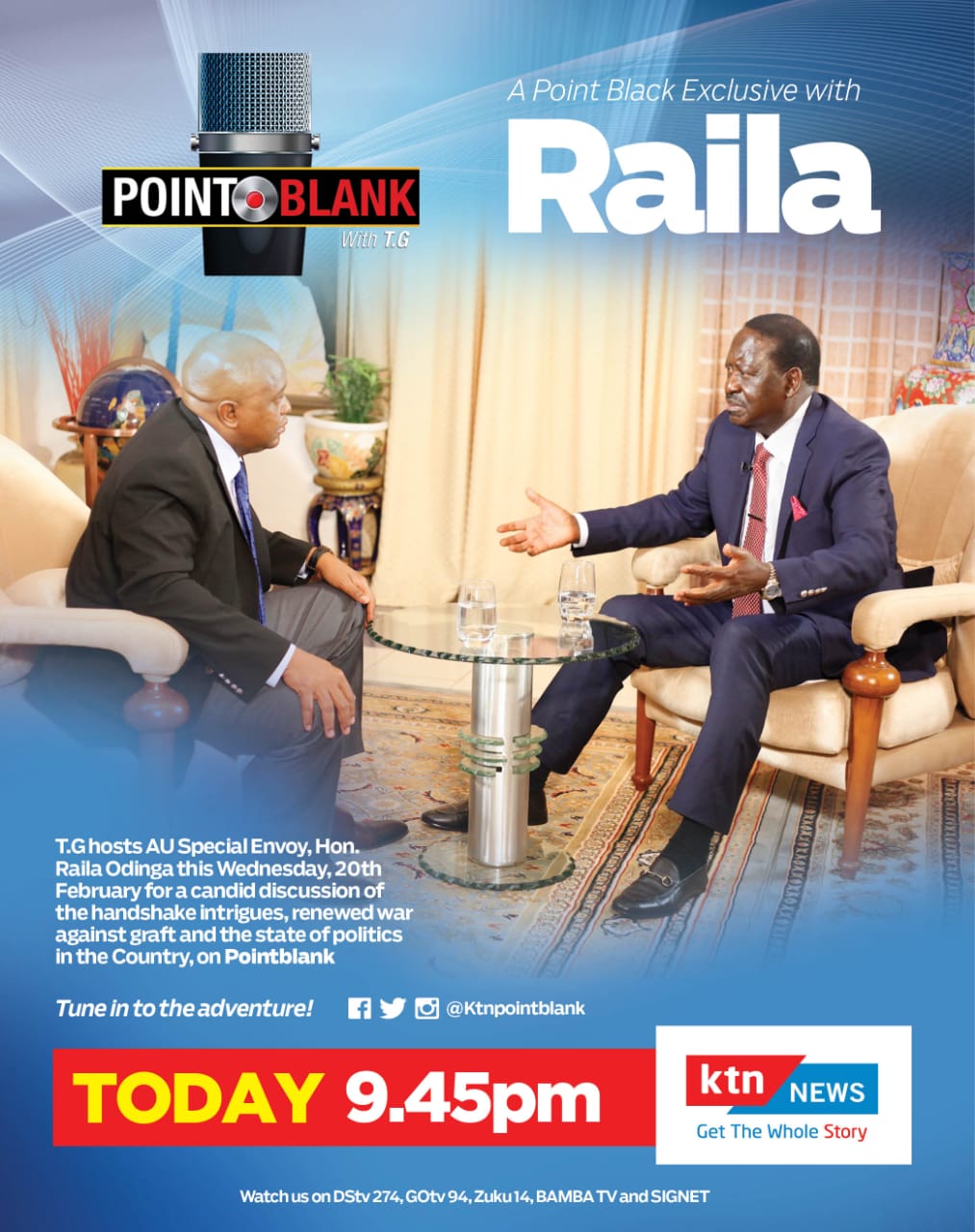 Gachoka launched his show last week in a move believed to be an attempt to give Jeff Koinange’s show on Citizen TV some competition.

Raila’s appearance today gives a huge boost to Gachoka as millions of Kenyans are expected to tune in and watch the enigma of Kenyan politics.

Among the topics Raila and Gachoka are expected to discuss tonight is his newly found friendship with his longtime political opponent Uhuru Kenyatta and his new job at the African Union.

An excited Gachoka has been tweeting about the interview the entire day and in his latest tweet, he exchanged some banter with Jeff Koinange who will be hosting Ahmednasir Abdullahi tonight.