The leadership of Orange Democratic Movement (ODM) has admitted that the party is facing a myriad of challenges that it must revamp itself ahead of the 2022 elections.

Secretary-General Edwin Sifuna on Thursday said they are crafting means to ensure ODM, which had its MPs reduced to 67 from 100 in 2007, regains its position as the largest political party in Kenya.

“We have honestly looked at ourselves and even commissioned a task force to look into what has been happening. The team’s report, whose recommendations we have implemented, came with some indictment,” Sifuna said.

The vocal politician said the shrinking number of ODM legislators was a matter of concern to the party leadership and they are engaging radical strategies to redeem their position.

“When I took over as SG in 2018, we commissioned a taskforce to look into how we can improve the party and its report was damming. We wanted the taskforce to tell us what the problem is, based on the report tabled before the National Executive Council (NEC) and adopted in its entirety”

He went on to add that “We have since disbanded the National Election Board (NEB) because of issues around nominations. In the same vein, we also disbanded the national Disciplinary Committee after it failed to deal with rebellious Malindi MP Aisha Jumwa.” Sifuna said. 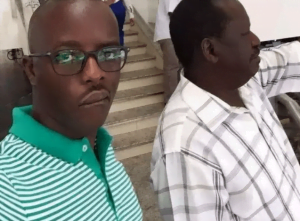 He made the statement barely two days after Raila Odinga Junior criticized the party led by his father, Raila Odinga, for underperforming.

The report by the Catherine Mumma-led taskforce, released in March blamed ODM Secretariat, the National Executive Committee and NEB for its loss in 2017 general elections.

It accused the three organs of mishandling party primaries.

As ODM fumbles to get things right ahead of 2022, it kicked out Senator Judy Pareno from the NEB chairperson position and replaced her by Ms Mumma.

Sifuna also pointed that this time round the party will implement the deferred academic qualification requirement for MCAs as passed by parliament.