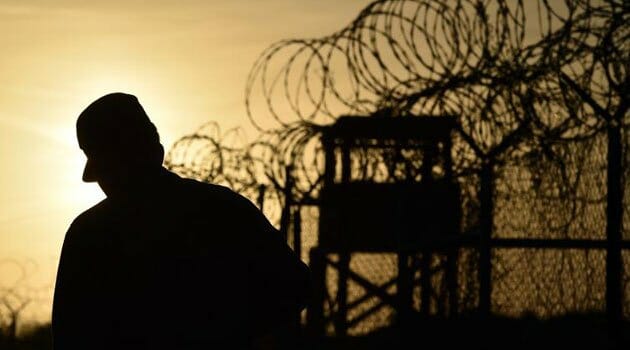 An Egyptian who is obese and ailing was declared eligible for release Wednesday by a US government panel that reviews cases of those still held at the prison camp President Barack Obama has pledged to close.
The Periodic Review Board, which contains members from six US government agencies, said in a statement that Tariq El-Sawah, 57, no longer represented a threat to US national security.

The board “by consensus, determined continued law of war detention of the detainee is no longer necessary,” it explained.

Officials said that in making the determination, the board had “considered the detainee’s change of ideology and renunciation of violence and his status as one of the most compliant detainees at Guantanamo, as well as his recognition of his health status and his efforts to improve it.

“The detainee is not in communication with extremists outside of Guantanamo and his family has committed to assist in his reintegration upon transfer,” the board added.

It recommended that El-Sawah be “transferred to a country with appropriate support, including adequate medical care, subject to appropriate security assurances as determined by the Guantanamo Detainee Transfer Working Group.”

He would be the 55th detainee cleared for release or transfer of the 122 men who have been held at the US war on terror detention centre at the US naval base in southeastern Cuba.

A document released by WikiLeaks said El-Sawah before his arrest had “admitted teaching explosives at the al-Qaida advanced training camp at Tarnak Farm, aka (Abu Ubaydah Camp), where Osama Bin Laden personally praised detainee for his “good work.”