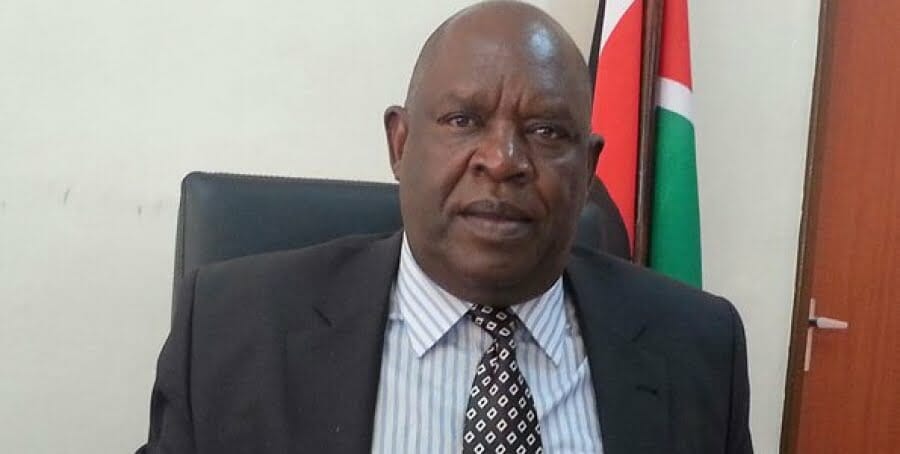 The Industrial Court has given a go-ahead to an earthshaking petition which names a governor and his wife as bribetakers in a syndicate to fraudulently employ county government employees by circumventing mandatory constitutional provisions and as prescribed by law.
The petition by a national employment and migration civil rights activism group which has fingered embattled Nyamira governor John Nyagarama and his wife Naomi Nyagarama as culprits could be a major gamechanger nationally if it succeeds as several other employment and procurement syndicates have been reported but unattended to in some other counties across the country.
According to documents filed in court, staff employed by the county “were never interviewed and were single-handedly sourced, employed and rewarded corruptly for greasing the hands and scratching the backs of the 3rd respondent (governor Nyagarama) and 9th respondent (wife Naomi) who have become the de facto lady general in the corruption and unethical practical spheres of the Nyamira county public service board. The reason being advanced is that there is a breakdown in the entire public service delivery and in the employment and recruitment of Kenyans in Nyamira county”.
The court has been told that instead of the governor ensuring the right procedures are used in the hiring of staff, him and his wife, through briberies and corruption solicited illegal funds from unsuspecting Kenyans ranging between Sh200,000 and above disguised as donations to Naomi’s many alleged dubious foundations that operate huge budgets such as Nyamira County First Lady Foundation (Sh10 million), Nyamira County Girl Child Foundation (Sh100 million), and Girl Child Mentorship Programme (Sh45 million)
This is happening even as fresh questions have erupted about budgetary fraud in the same county following increasing revelations of massive corruption that involve the governor and his officials.
Only recently, the county’s sharply divided county assembly passed a staggering Sh5.5 billion budget just coinciding with a High Court decision to stop Nyagarama and his county officials from prematurely terminating a case by a major civil society organisation which has sued to challenge glaring cases of malpractices in governance and hiring county employees.
The decision by the heavily compromised and inconsistent Nyamira County Assembly to allocate an exorbitant Sh657,768,495 to the county executive office while more deserving areas like health, infrastructure, education and agriculture were allocated less money has sparked off an uproar and widespread disapproval with critics warning that much of the huge allocation could be secretly meant to be diverted into the governor’s clandestine political operations like funding partisan activists and militia to terrorise, blackmail and or intimidate his marked political opponents.
A good number of leaders who talked on a point of anonymity for fear of being victimised cited the recent use of hired and drunk goons to storm and disrupt a peaceful press conference at Guardian Hotel are obvious signs that the governor and his cronies were on a mission to rule using dictatorship, yet it is widely known that dictators plunder public resources to enrich themselves and use part of it to sponsor political huggers to retain them in power illegally.
The press conference by area MP James Gesami, Timothy Bosire, Charles Geni and Alice Chae proceeded after anti-riot police dispersed the rowdy youths who were evidently inebriated on cheap alcohol and other substances and who were shouting in praise of the county government and the governor. The MPs castigated the county government for incompetence, corruption, political repression, corruption, nepotism and stalling development in the county.
In the Employment and Labour Relations (Industrial) Court sitting in Kericho, Justice DK Njagi Marete threw out a petition filed by the governor and the county government on April 7 that sought to stop a case by the Kenya Council of Employment and Migration Agencies that wants the governor and his top officials punished for illegally allowing use of bribes, corruption, political intimidations and clannism to hire county employees without short listing or carrying out interviews as required by law.
The unconstitutionally filled posts and which have raised a storm in the county include that of county secretary and head of county public service, senior assistant director Liaison, diaspora officer, three assistant directors of administration, county director and administration, enforcement officers and support staff, 12 Senior support staff, five cleaning supervisors, 12 support staff and 65 enforcement officers. They were first advertised on May 5 2014.
Governor Nyagarama and his officials suffered a major blow after the court found their grounds for challenging the petition to be unfounded in law and incompetent. They were ordered to pay the costs of the petition. It is feared, as usual, the governor will pay using siphoned public funds yet Nyamira taxpayers were not party to the litigation, neither were they consulted before the governor went to court to fight to protect himself from his own mistakes and shortcomings.
In the main case which could now proceed to full hearing, the officials the governor hired are accused that they “knowingly, willfully, with proxy, or by emissary, ethnic or clan whipping, canvassed directly or indirectly by either way of briberies, corruption, political intimidations, illegally, unconstitutionally or by pressure groups or other associations or in any other way to achieve the illegal positions without short listing, (carrying out) interviews and subsequent appointments, offending Article 10, 27, 35, 41, 73, 74 and 232 of the constitution of Kenya, yet they had been advertised calling for public applications which was never honoured”
The governor and his officials are accused of knowingly cheating and failing to disclose that even when they advertised for the jobs, the county service board of Nyamira was on suspension due to public pressure; hence any interviews held without a proper service board in office was an illegality.
The court has further been told that Erick Aori Onchana who is secretary to the county service board that he got the job fraudulently as he was not interviewed, shortlisted nor appointed in accordance with the law.