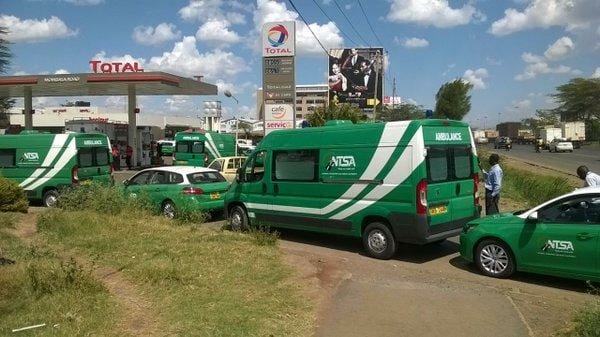 When a Government consistently shows us that they are insensitive to the plight of Kenyans, that instead of acquiring ambulances and police cars, they are busy funding the extortionists known as National Transport & Safety Authority (NTSA), we are left with no option but to revolt.

Today, residents along Donholm-Outer Ring Roads protested at the poor state of roads, something that should be replicated countrywide. We cannot have an alcoholic and chain-smoking President overseeing corruption by his Deputy and greedy cronies, yet he’s here purporting to walk the moral high-ground. Let the revolution start in your neighborhood, town and county. 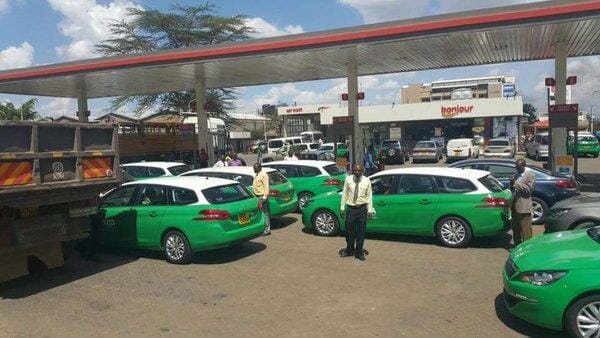 In October 2014, mobile courts that were set up by NTSA on major roads across the country were suspended by chief justice Willy Mutunga saying that the move was prompted by an outcry from members of the public. He also alleged that there was rampant fraud and corruption at the said mobile courts, and one was burnt by irate members of the public along the Nairobi-Kisumu highway.

We are now encouraging members of the public to set any NTSA vehicle ablaze because we are tired of Uhuru’s nonsense. These green vehicles are extortionists implementing defective laws, and trying to enforce 1st world rules in a 3rd world country.

You are free to mobilise yourselves in groups, raise cash and offer bounties to hired individuals that manage to burn an NTSA vehicle. Such opulence of buying high-end vehicles for a bunch of extortionists, instead of that money being diverted to essential service providers is wrong and an affront to our freedom and constitutional rights.

Isn’t it time we show Uhuru that he shouldn’t mistake our silence for weakness, and that he works for us and not the corporates that he loves making big purchases from?